Instead of getting traditional tattoos, more and more body modification enthusiasts are willing to have their skin sliced open for extreme scar tattoos.

In order to create a perfectly formed scar, the flesh is etched, scratched, and burned. Thus, an inkless tattoo is formed. 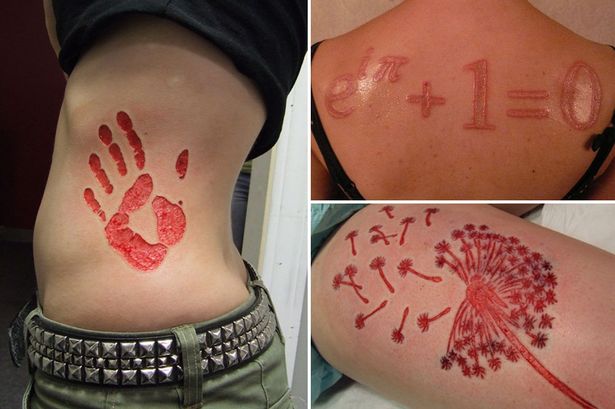 Despite the health risks the body modification fad poses, a lot of people courageously underwent the procedure and even shared photos of their body art on social media. In fact, it has become so popular in Canada that the Ontario Ministry of Health and Long Term Care have issued a warning against the grotesque trend.

“Because certain body modification practices break intact skin and mucus membranes through cutting, burning and piercing, there is an increase in the risk of scarring, hemorrhaging and psychological trauma as well as exposure and infection with blood borne pathogens, such as hepatitis B, hepatitis C and HIV,” a spokesman for Ontario Ministry of Health and Long Term Care said.

Many people who went through the scarification process claim that it is less painful than having a traditional tattoo.

The appearance of the resulting scar is influenced by the type of skin, cut depth, and method of wound treatment while it is healing.

Here are some of the common methods of scarification: