MANILA, Philippines- A photo of a seaman and his alleged mistress in handcuffs with covers on their faces has gone viral after Sun Star Cebu posted it on its Facebook page. The controversial image, which has amassed over 20,000 shares, has earned mixed reactions from netizens.

The photo captured by Alan Tangcawan apparently shows the seaman and his concubine being arrested by the police after the latter’s wife reportedly caught them in a motel in Lapu-Lapu City in Cebu. 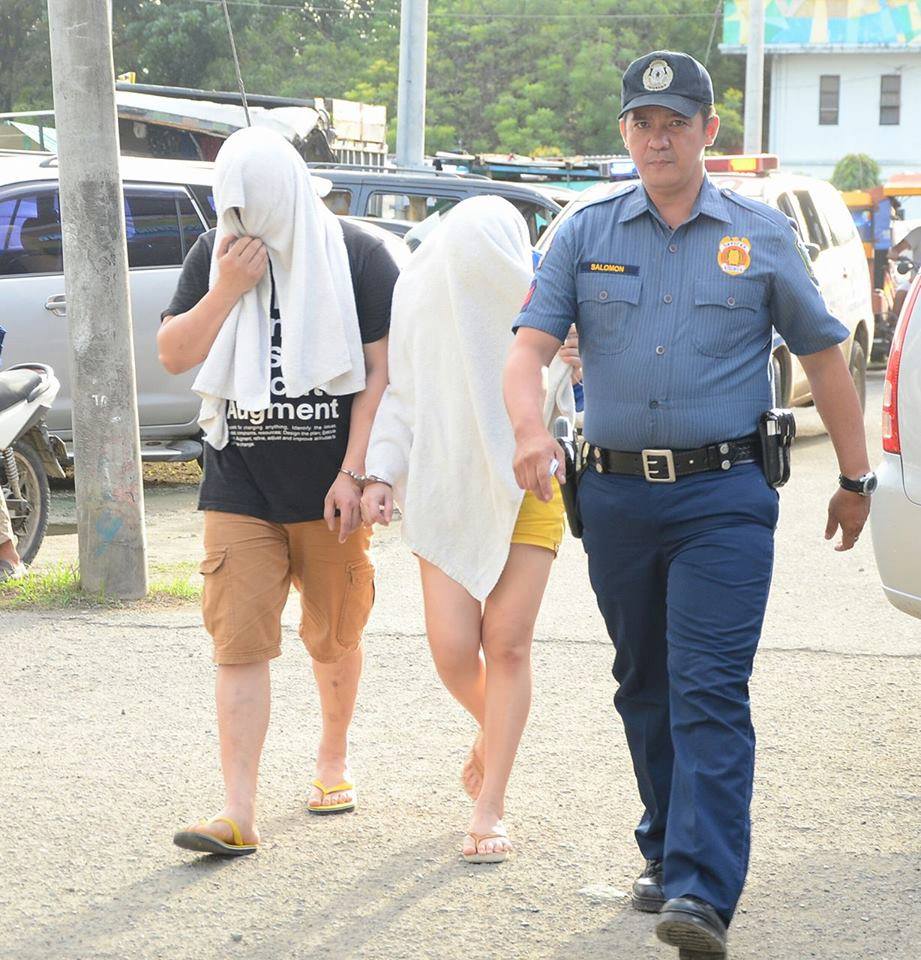 While many denounced the seaman for having extra-marital affair, several netizens criticized Sun Star Cebu for reporting about the lives of private people.

“There are many other more newsworthy things to report that are more relevant and important to this country. This publication should reevaluate its own standards and get out of the gutter,” a certain Dave Bond commented.

Others find Sun Star Cebu unfair for using the term “seaman” in the caption of its post as it depicts all seamen, even the good husbands, in a bad light.

“To SUN.STAR CEBU…. please refrain from quoting seaman…puede naman sana “a man working abroad”. it would be painful to us. i know many would criticise my comment publicly but di nyo lang alam talaga ang pinagdadaanan naming mga nagwoWORK sa Barko.i was once a seaman,” Nap Gimenez wrote.

According to Article 334 of the Revised Penal Code, concubinage is committed when “a married man keeps a mistress in the conjugal dwelling, or shall have sexual intercourse, under scandalous circumstances with a woman who is not his wife, or shall cohabit with her in any other place”.

Under Philippines laws, only the offended spouse can file a case against the unfaithful spouse. A man convicted for concubinage may face imprisonment of 2 years, 4 months and 1 day up to 6 years. On the other hand, the concubine shall suffer the penalty of destierro.