He has a lot of pet snakes, including some cobras and other venomous snakes but a teen’s passion for these slithery creatures turned out to be his doom after one bit him, leading to his untimely death.

The teen named Aril hails from Indonesia. He reportedly owns several snakes and even ‘performs’ with them in the streets to raise money for charity. According to the Daily Star, the young man would raise money from his street performance and send this to victims of national disasters.

After giving his pet cobra a bath at around 10 AM one day, he decided to pose for a photo. He later shared the picture on WhatsApp with a caption, “Why not smile a little.” 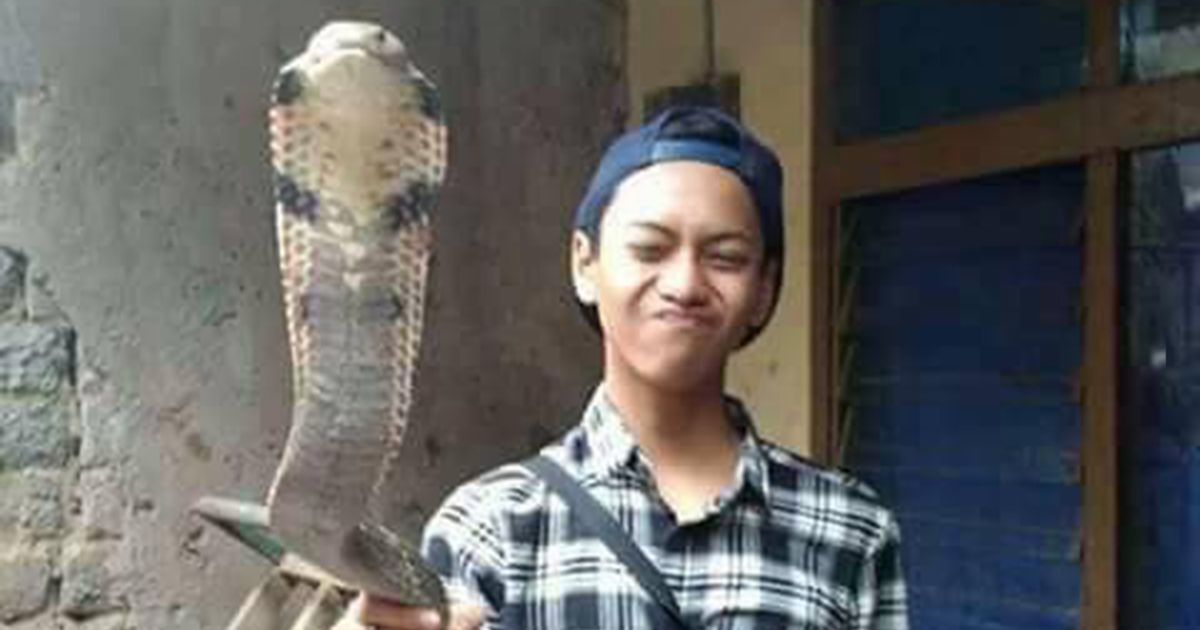 Some people noted that the cobra had its hood flared, a telltale sign that it was angry or feeling defensive and about to strike! But Aril probably thought he knew his pets well and that they are his friends; thus, he felt no need to be cautious or afraid that the cobra appeared angry.

Just a few moments later, the boy posted a photo of what appears to be his arm with blood and a shoelace made into a makeshift tourniquet in a feeble attempt to stop the venom from spreading across his body.

The photo was captioned, “Between life and death.”

At first, his friends didn’t really think he was serious about the situation and that he was actually bitten by the cobra, considered to be one of the deadliest creatures in the world. But the young man would later post a plea, asking his friends to take him to the hospital. 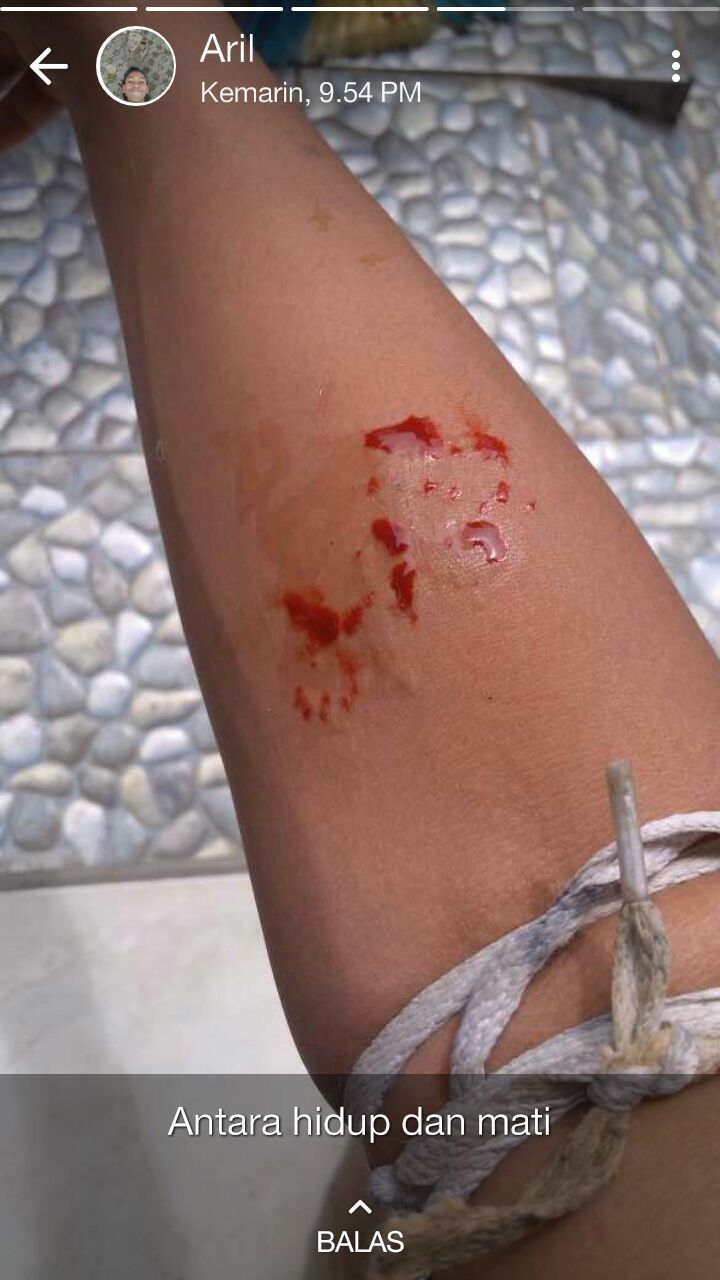 They still did not take him seriously at first but one friend later went to his house about an hour later. The friend was definitely shocked to learn the snake bite and the plea for help were actually for real!

Aril was rushed to the hospital but it was too late. He was declared dead on arrival.

Neuis Marpuah, Aril’s mom, defended her son saying his social media post was not to boast about his injuries but to really ask for help. Sadly, he died of his folly.