As if being a student is not hard enough with all the exams and assignments he must deal with, an unnamed student from a yet undetermined school also had to work extra hard to earn money; thus, he juggles school work with selling snacks for some extra cash.

During one of his runs, a social media user who goes by the name Angel Jane Lopez spotted this poor student sleeping inside what appears to be a public utility jeep. The student was so tired that he was sleeping while the goods he was selling were on his feet. 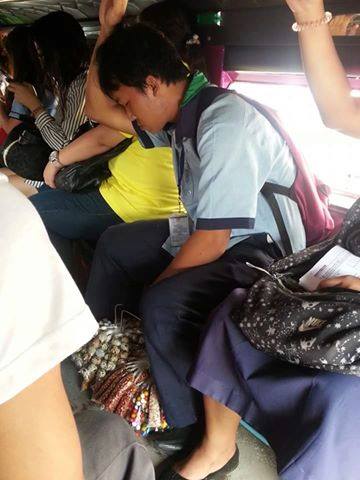 In the two photos that Lopez shared on Facebook, this unnamed student was first seen resting his head on his arm while his other hand was holding on to the food items he was selling yet he found a more comfortable position in the second photo and was already resting his back with his hands folded over his backpack.

It touched Lopez how this student appears to be poor and tired from juggling selling with school – and his uniform was not even ironed properly – yet it was admirable that he did not mind all that as long as he could earn money.

People on social media expressed admiration over this young man’s perseverance; with many also expressing their wish that this lad will truly be able to graduate and succeed in life. He might look pitiful in his situation yet it is going to be this same situation which would lead him to a better life if only he would not give up. 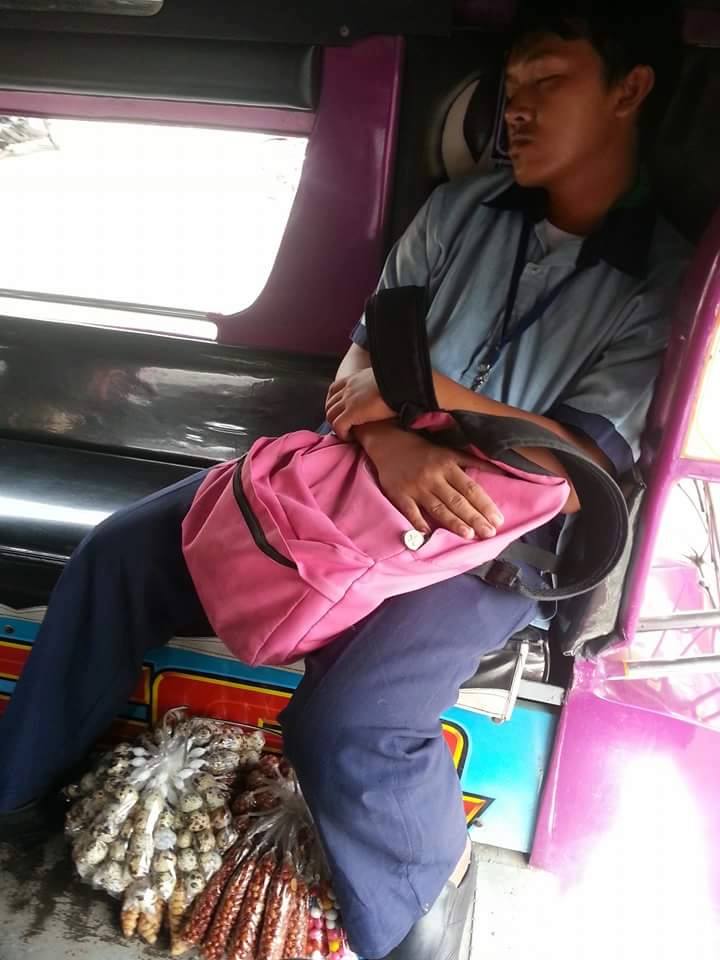 Keep it up, young man! Whoever you are, whatever your situation might be, be strong and be optimistic that your dreams will soon be within your reach. Don’t ever give up!

Not all kids are lucky enough to be born in families who could feed them well and send them to school. There are many children who remain uneducated because of poverty. Thankfully, there are plenty of options and opportunities for students to earn extra cash in or outside school.

While many students do find it a bit shameful to sell goods and try to earn money while they study, a lot have come to terms with their financial situations and doing their best to earn a living during their spare time so they can help their parents.