It was some 15 months ago when two-year-old Chen Zhaoyuan was abducted by unknown kidnappers while he was playing with his cousins. No one called the family to ask for ransom; thus, it was believed that the boy was abducted so he could be sold to a wealthy family seeking a male heir to carry on their family name.

Although they were poor and he was disabled due to polio when he was still a boy, dedicated father Chen Shengkuan literally went on his hands and feet to search for his son. 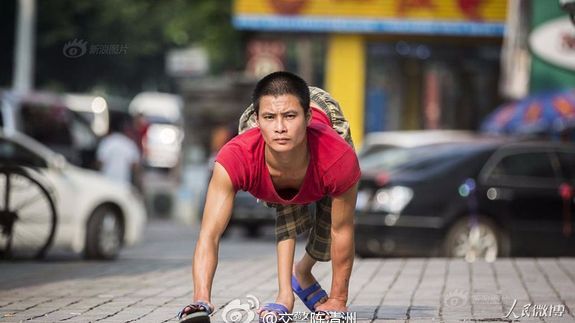 Shengkuan quit his job at a catheter-making factory and roamed the streets to look for the boy. Carrying a poster with the child’s name and details of his case, Shengkuan first scoured their hometown before visiting other cities in his province.

When he still could not find the boy, Shengkuan took on Zhangjiang, which is a much larger city with a population of 6.9 million people! 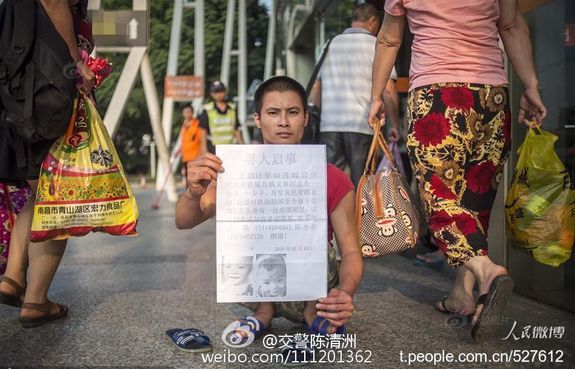 This loving dad has been in the city for weeks and continues to search for his son; though it seems that the situation is getting worse. After all, it has been over a year since the young child was abducted. By now, he most definitely looks bigger and different than last year – and unless he has very noticeable identifying marks on this body, Shengkuan could just be searching for a ‘needle in the haystack’. 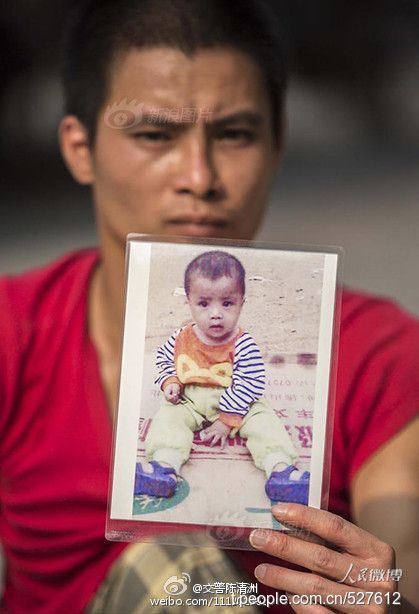 A lot of people have already tried convincing him to stop searching and simply just make another kid to replace his son – but that’s really just another heartless suggestion because how could a parent just give up on their own child like that? Indeed, this relentless search for his son could lead to his own death but Shengkuan has made up his mind and would not stop until he finds the boy…

Do you know that as many as 200,000 children are being abducted in China each year? According to the Daily Mail UK, there is actually an open trade for abducted children online – and these kids are being sold online under the guise of adoption.