A delivery rider brings his pet cats to work. Cute photos of the adorable pets riding at the back of his motorcycle recently went viral after the delivery rider’s customer posted them online.

The Rider and His Cat

A lot of people consider their pets as part of the family, not just as animals living in their house. So, many treat these creatures like their babies. Some even have their own rooms, others are given clothes, and most are pampered as if they are humans. 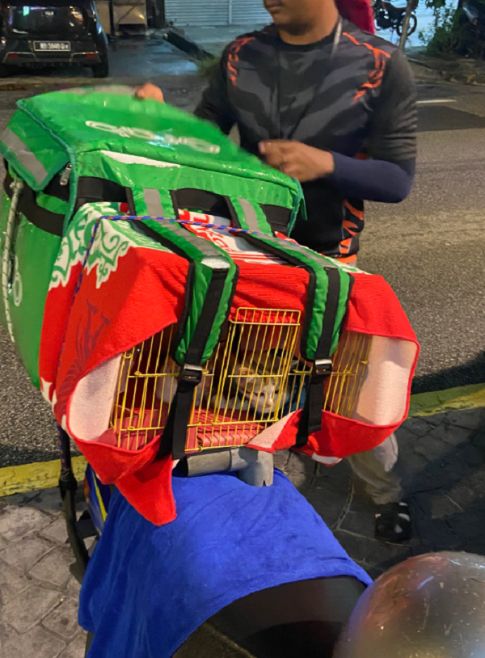 Recently, photos of two pet cats riding at the back of a GrabFood rider’s motorcycle went viral. Twitter Nadia Fauzi (@nadiaafauzii) from Malaysia shared that she had ordered some food last June 11 through an app.

When the delivery rider arrived, however, she was surprised to see the cats resting calmly inside a tiny cage at back of his motorcycle. But the cats actually looked quite comfortable in the small cage. It was apparent that this is not the first time that they took a ride on the motorcycle.

Nadia asked the rider why he was bringing the cats. He replied that he just loves to bring his pets along because he does not like them to be lonely at home. Plus, the trip around the city brings joy to the cats who seem to also love traveling around.

He said he’s just taking them “for a walk”. 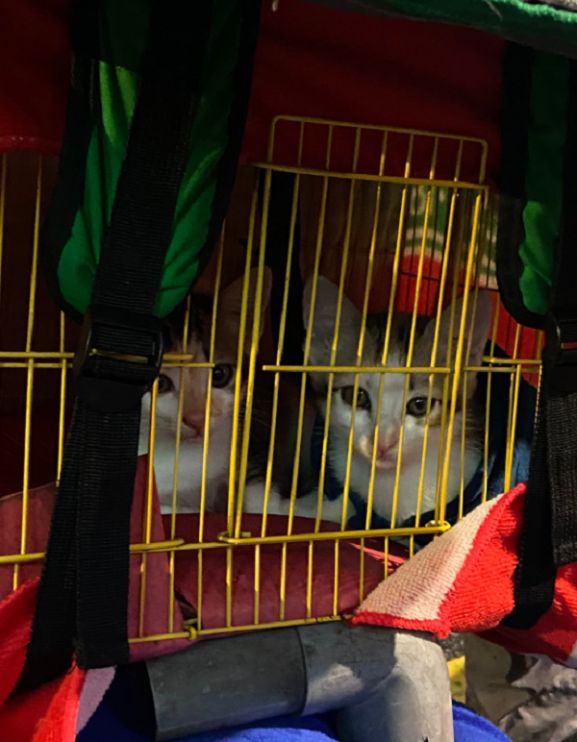 While some netizens expressed concern that the food he’s bringing might be contaminated, such is not the case because the cats are actually strapped between the food box and the rider’s seat while the box of food is set towards the back.

Many loved how this guy brings his cats to work so they can also enjoy taking a trip around the city.

Most workplaces do not allow workers to bring pets, for obvious reasons. However, there are actually a number of pet-friendly companies who let their employees do that.