A cute photo of a newborn baby has recently gone viral, not just because he was cute but because of the special circumstances of his birth – for he was conceived four months after his mother got an IUD that should have prevented the pregnancy from happening in the first place! Oooops.

The hilarious photo was taken by Lucy Hellein from Texas, US. According to Hellein, she discovered she was pregnant with Dexter some four months after she got implanted with Mirena, a type of intra-uterine device (IUD) that should have stopped her from getting pregnant.

But aside from triumphing over the Mirena, Dexter also proved he’s a strong ‘fighter’ when his mom experienced contractions much earlier than his due date. He was born weighing 9lbs 1oz via C-section and the doctor couldn’t help but exclaim, “The force was strong with this one!” 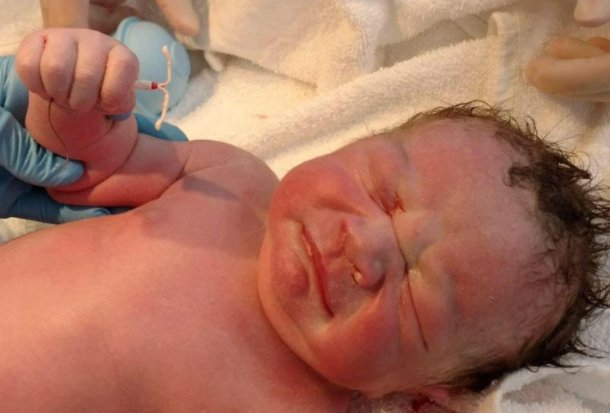 “Although he wasn’t planned, my family and I feel incredibly blessed,” Hellein said.

During the C-section, doctors searched for the device and found it stuck behind the placenta. They also cut off one of Hellein’s fallopian tubes; although the reason for that was not revealed.

Seeing the humor in her situation but loving Dexter wholeheartedly, of course, Hellein decided to take a photo of the boy holding the very device that could have prevented his conception.

“Mirena fail!” Hellein captioned the cheeky image – and it has gone viral! LOL.

Mirena is a type of hormone-releasing IUD which is touted to be over 99% effective in preventing pregnancy for as long as it is implanted in the woman’s womb. It is effective for up to five years; although the device must be regularly checked to ensure it is in place.