We’ve heard a lot of stories about taxi drivers, bus and jeepney drivers, and various public transport service providers abusing passengers, becoming arrogant, or things like that but we rarely hear about the other side of the coin – stories about passengers who pay using fake money or just run away without paying their fares!

Why is that so? Well, for one, these drivers are often focused on their work and in earning money that they have no time to run after these passengers and force them to pay up.

Also, many of the drivers don’t really have the means to go after the offending passengers who are most likely just going to rant and rave about the driver’s supposed behavior and would probably get away with their crime…

What these people must have forgotten is that these drivers were there to earn money not just for themselves but for their families, too!

This is the reason why Glaidale Galvez Hibaya, a proud daughter of a taxi driver, wrote on social media a lengthy post defending drivers like her dad from arrogant passengers.

In her post, Hibaya noted that drivers like her dad are noble men who earn a living by driving vehicles for the riding public. Despite not earning a lot of money from the job, they get back home to feed their children and send them to school – such as what her dad had done for their family.

The photo on the dashboard shows her wearing a toga, something that her dad placed there for inspiration. 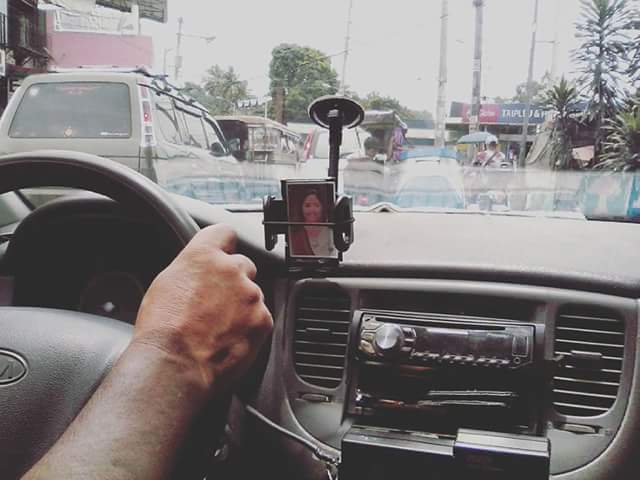 Hibaya revealed that while a lot of stories on social media tell about bad drivers, bad passengers also exist! Even that day, her dad went home crestfallen because a girl had ridden his cab to Alabang but refused to pay the Php400 on the meter – why? Because she didn’t have any money!

But while Hibaya was angry over the Php400 loss as that was already a significant amount of money for their family, she was furious that the matter only made her dad feel insignificant and small, that he is just a lowly taxi driver.

With that, Hibaya urges everyone to be responsible commuters, saying that if they don’t have money to pay the fare, they shouldn’t just resort to hailing a cab and refusing to pay the driver!