The photo of a wild orangutan offering its hand to help ‘save’ a man from snake-infested waters has gone viral, with many netizens expressing surprise that a wild animal would actually do this!

The pictures taken from the scene were by amateur photographer Anil Prabhakar, from Indonesia, who was on a safari trip with his friends when they chanced upon the man in the water. It turned out that the guy in the water is one of the wardens at the Borneo Orangutan Survival Foundation, a non-profit organization aimed at protecting the endangered species. 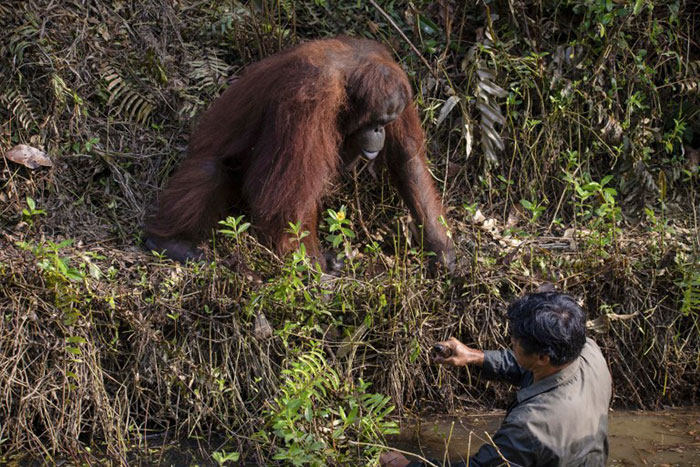 Responding to reports of snakes being spotted in the area, the man went there to remove these to keep the orangutans safe. But while scouting the area and staying in the water, the worker was spotted by an orangutan who appears to worry for his safety. The orangutan moved closer to investigate what the man was doing and to offer its hand, apparently thinking he needs to be rescued off those snake-infested waters!

Sweet orangutan, yes? But the guys in the safari trip were surprised when the worker did not accept the orangutan’s offer but simply moved away.

“Someone told him there was a snake in the river. The warden went there and cleared the bushes. An orangutan came to the banks and was watching what he was doing. He then came closer and gave his hand. The warden just moved away. I asked him why later and he said: ‘It’s a wild animal, not one we are familiar with,’” Prabhakar said. 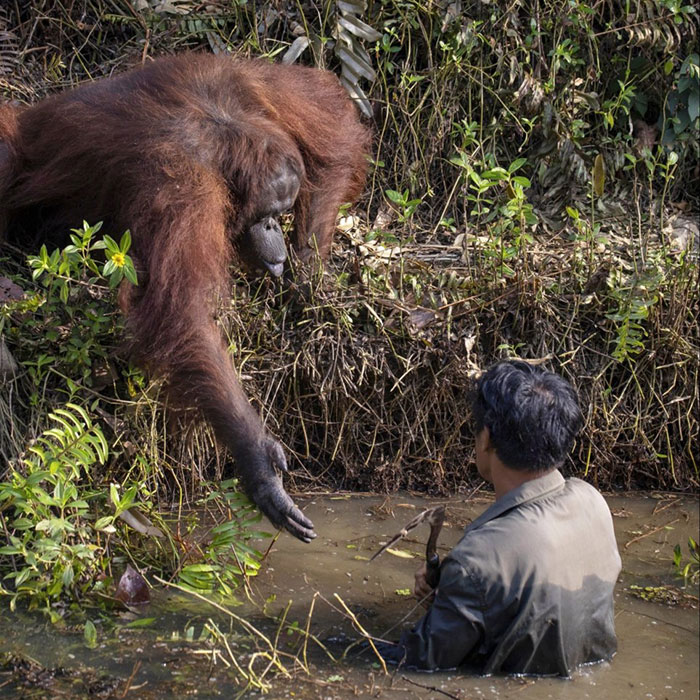 Though the warden did not accept the orangutan’s offer, the touching moment went viral as netizens loved how this wild animal tried to help a human. Isn’t that sweet?

An orangutan is a great ape that lives in the forests of Indonesia and Malaysia. While many people think that orangutans were named as such because of their orange coloring, the name had actually nothing to do with its color. Instead, the name is derived the Malay and Indonesian words “orang” which means “man” and “hutan” which means “forest”. Thus, “orangutan” actually means “man of the forest”.