He sells ice candy across the town but unlike most vendors, Tatay Albert Larion does his thing on a wheelchair.

According to a post on Facebook page, Tunay na Buhay, Tatay Albert has been paralyzed for over 20 years yet he did not let his disability stop him from finding a way to earn money for him and his family.

While other disabled people chose to go the easy way by just asking for alms in the streets and near the churches, being a beggar is not something that Tatay Albert wanted to be for the rest of his life. Instead, he chose to find a way to earn money even if it means going around the town on his wheelchair and selling ice candy on the modified wheelchair. 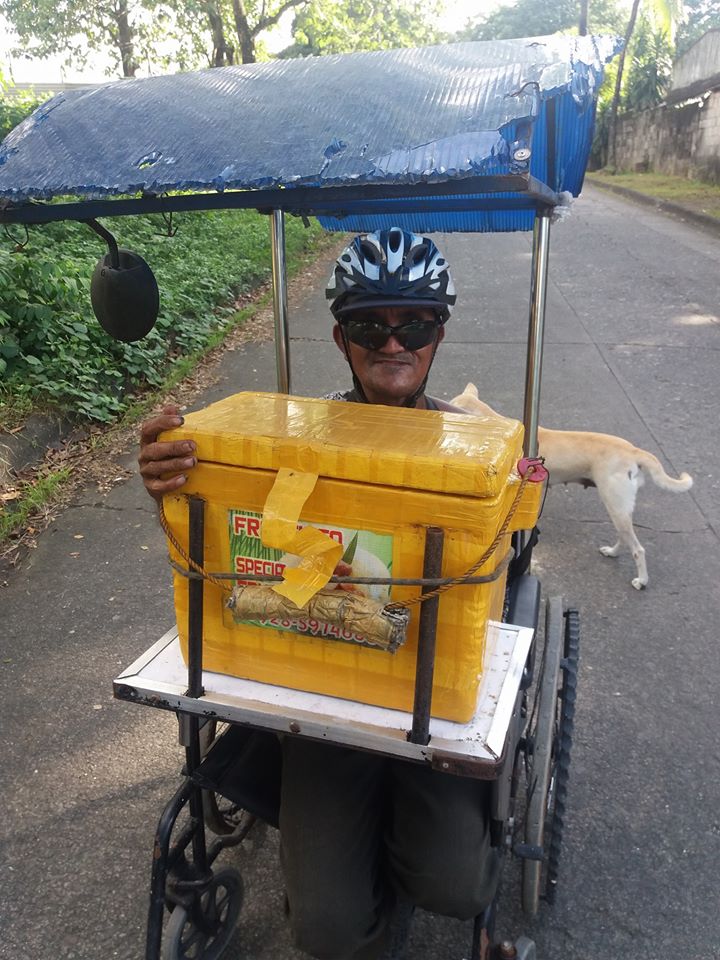 In the post on Tunay na Buhay, it was revealed that Tatay Albert felt the need to do this because he does not have anyone else to help him out. In fact, he just had to do this so he could have money for his needs as well as those his old, ailing father.

His old father is the only family he has; thus, even if it was difficult, he just had to continue selling ice candy from his wheelchair.

After his photos were posted by Tunay na Buhay, many people expressed their admiration and the post went viral. A lot of netizens felt proud of him, saying people like him should be praised because he did not let his disability bring him down. 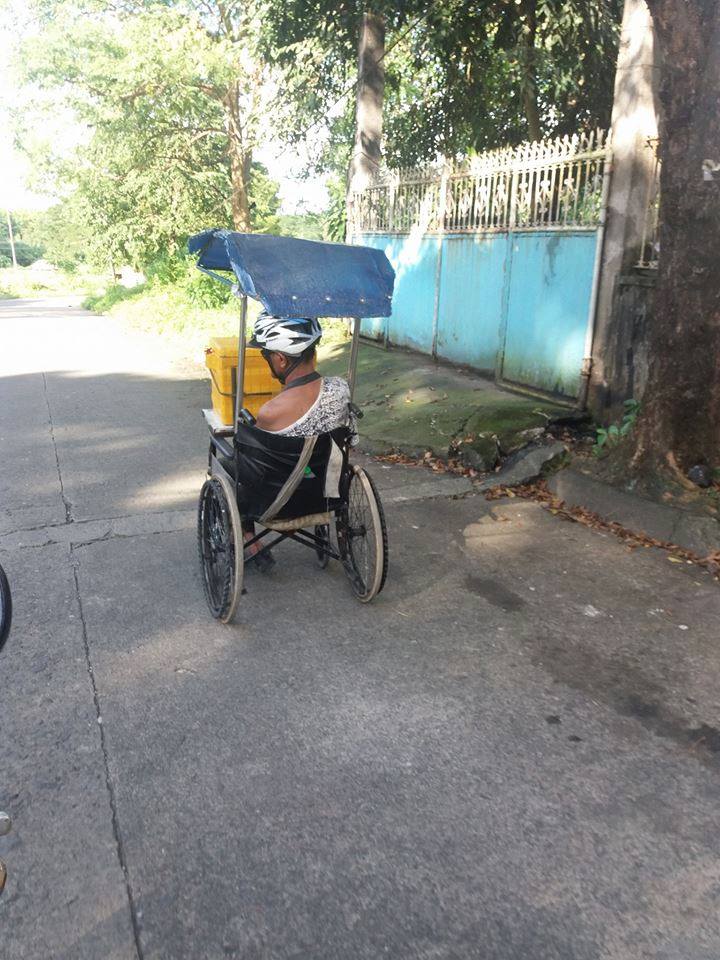 Many said they are proud to have met him while he was selling his goods in Camarin, Caloocan City in Metro Manila, Philippines. Others said they had seen him around but have not purchased anything from him; but they would try to buy when they see him again.

Some netizens also commented how there are many able-bodied people who steal from hardworking people when they can actually look for a job or find things to do to earn money, just like this disabled vendor.

Kudos to you, Tatay Albert! We are all proud of you.