Her bike was stolen by unknown crooks but Alena Navarro and her mom, Chela Cecelia Navarro, would later find it stashed up a tree, mangled and broken. The girl was heartbroken, especially because the bike was a gift from a close friend.

Chela and the police could not figure out who would do such a thing for the girl’s bike as stealing the bike would be one thing but intentionally bending and damaging it, then placing it up the tree was another thing! Whoever did this had issues.

To keep Alena’s mind out of the bike, Chela decided to bring her to the thrift store to buy some books for her collection. 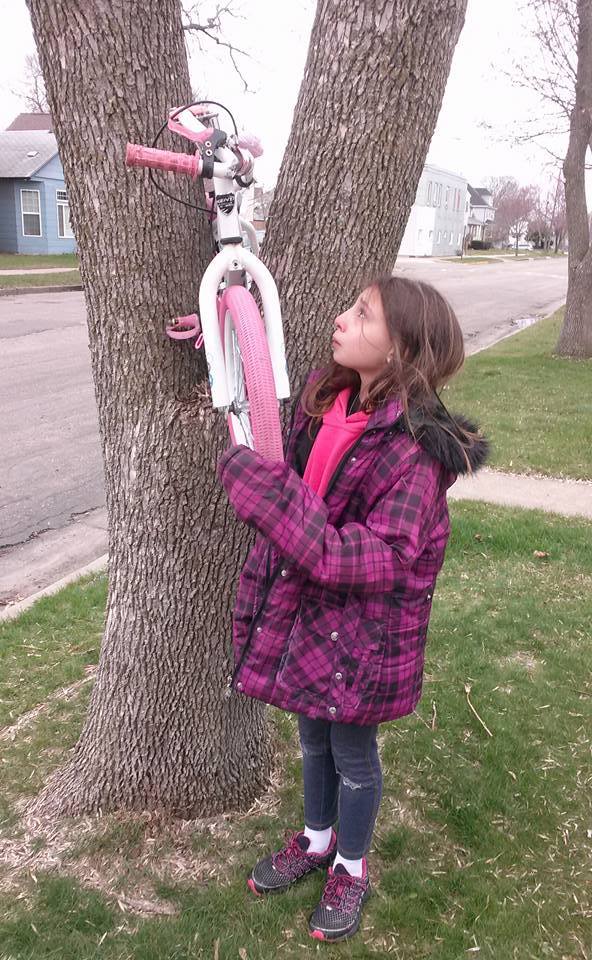 That night, while the family was having dinner, they heard a knock on the door: it was the police officer from Winona Police Department who had dealt with the incident earlier in the day. He specifically asked for Alena, so Chela called the girl to speak with the officer, thinking that the cop might have more questions to ask her daughter regarding the incident.

“He told her that it broke his heart to see how hurt by this she was, and how sorry he was that this happened. He said that sometimes bad things happen to good people for no reason, and don’t let anger and hate into your heart, good things will start to happen,” Chela wrote in a Facebook post shared by Love What Matters page.

But while the officer’s words were wonderful, Chela and Alena could not believe that they were in for a big surprise.

“He then walked out to his patrol unit and pulled out a BRAND NEW bike, and told her that this is her new bike. He took down the serial numbers and got it registered,” Chela revealed. “He also had a helmet and some stickers for both of my children and promised me that he would figure out who did it, all I could think about at that moment was how amazing this man was, not only did this officer not have to come back and talk to my daughter, but he most certainly didn’t have to go out and buy her a brand new bike!” 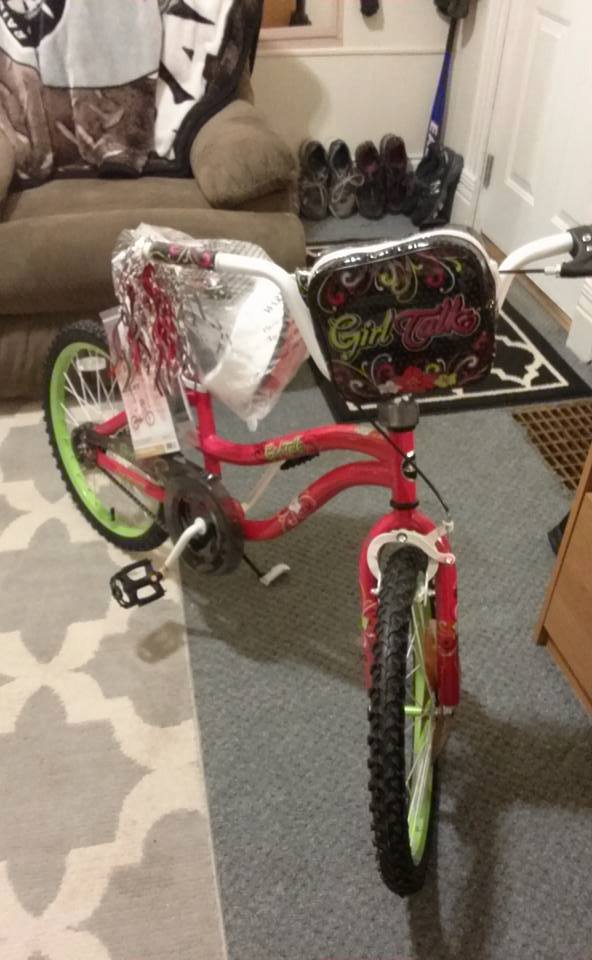