While many ladies marry in their 30s or even 40s these days as they put their romantic relationships on hold in favor of their careers, there are still some cultures [and even some families!] who believe that single ladies in their 30s are “old maids” and should marry off quickly as their biological clock is running out.

There are also certain occasions that are better spent with a special someone but finding one isn’t exactly that easy. In some cultures and countries, such as in China, they hire a boyfriend or girlfriend so they wouldn’t be single on these special occasions.

While that might sound strange, it is actually popular practice in China – and many even offer their services on social media! 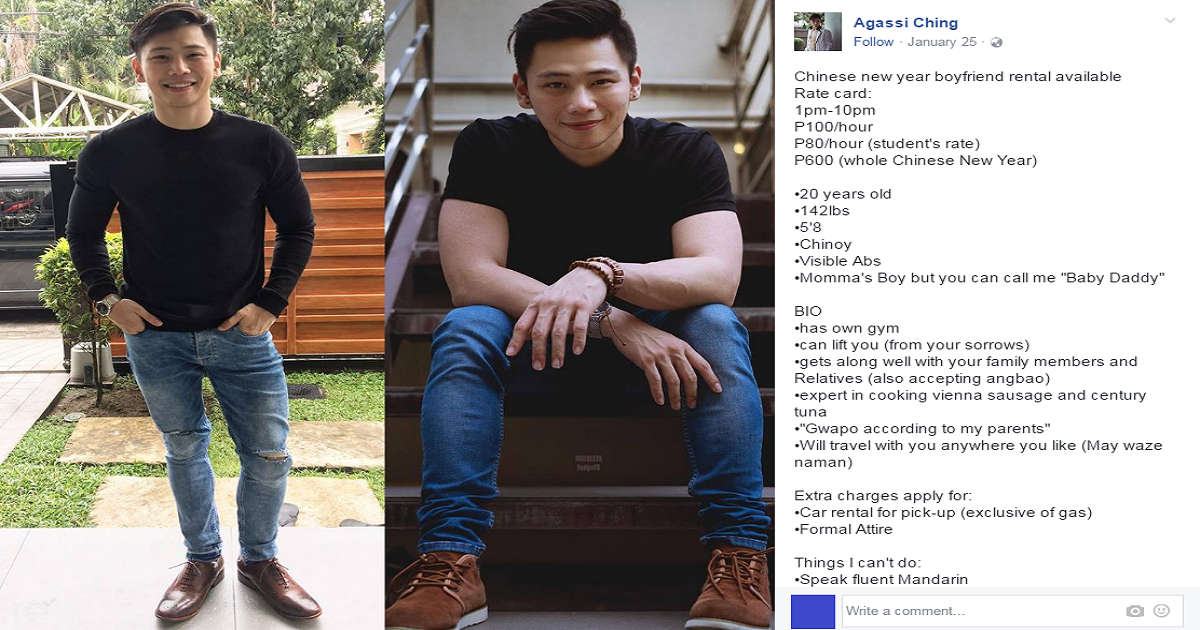 The 20-year-old Ching [according to his “Bio”, anyway] is Chinoy and admits to being a “Momma’s Boy”. On his bio, he also wrote the following hilarious ‘features’ and qualifications:

But netizens had a good laugh at his list of things he can’t do:

A lot of people found the post hilarious while a number of girls commented that they wished the prank post was for real. LOL.