In most cultures, the man is the one who asks his girlfriend’s hand in marriage. But these days, there really are a number of independent women who don’t care about following traditions as they are the ones who propose marriage on their boyfriends!

One Chinese woman recently went viral after she proposed to her boyfriend of 1 year. But she didn’t just amaze everyone by taking the first step towards offering marriage to her boyfriend, she even took the proposal to a whole new level by also offering him a brand new BMW and a new house! Whoa. Best girlfriend ever? 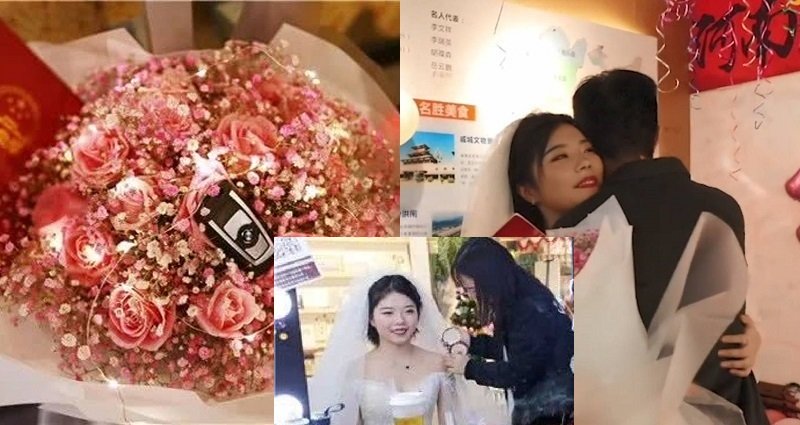 According to AsiaOne, the 24-year-old woman named Xiaojing works in the designing field. On December 11, she popped the big question to her boyfriend during their one-year anniversary, at the place where they first met.

Xiaojing asked Xiaoke, her boyfriend, to go the exhibition hall where he first asked her out to pick something for her. Ever the supportive, helpful boyfriend, Xiaoke readily did as he was told. Little did he know that Xiaojing had actually prepared a big surprise for him there. 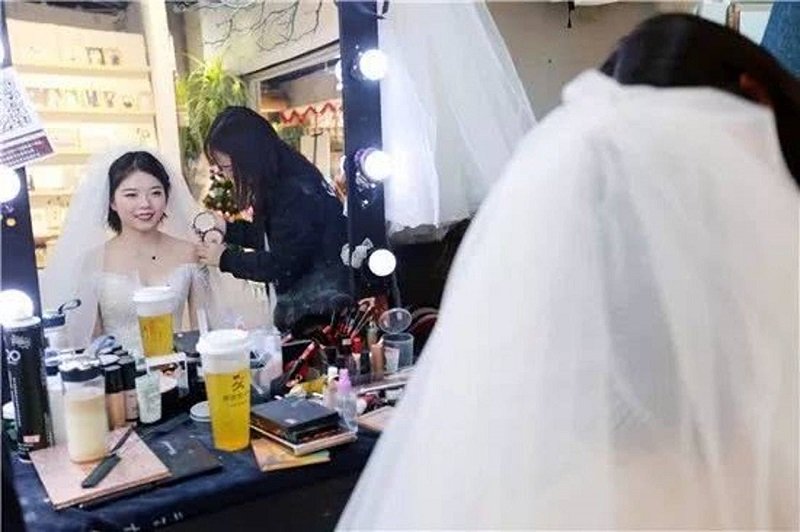 When he arrived at the exhibition hall, Xiaoke was surprised to see Xiaojing in a wedding gown, surrounded by flowers and carrying a huge bouquet for him.

“I prepared all of this. There’s a car and a house deed here. It doesn’t matter if you have them or not, I still want to be with you. Will you marry me?” Xiaojing asked as she presented him the bouquet of flowers.

Who could say “no” to such an impressive offer, huh? “This is so unexpected. Yes, I will,” the surprised boyfriend answered. 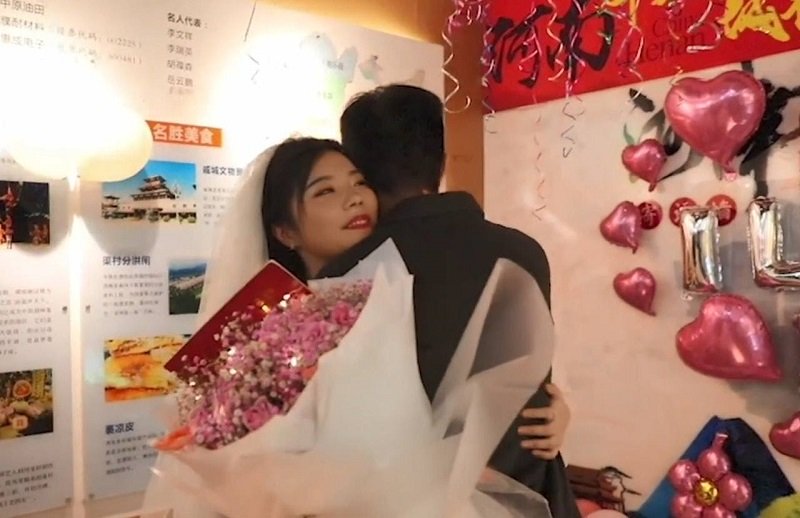 But many netizens said that it was not right for Xiaojing to be the one to propose to Xiaoke! However, the young lady said that her boyfriend is always the one who takes care of her. It’s time for her to give back.

“He’s usually the one taking care of me and making sacrifices for me. I really want to do something for him. What I want — more than material goods — is love. I don’t think that it always has to be the man in the relationship providing [a house and car]. More than that, I want him to be devoted and caring after our marriage,” she added. 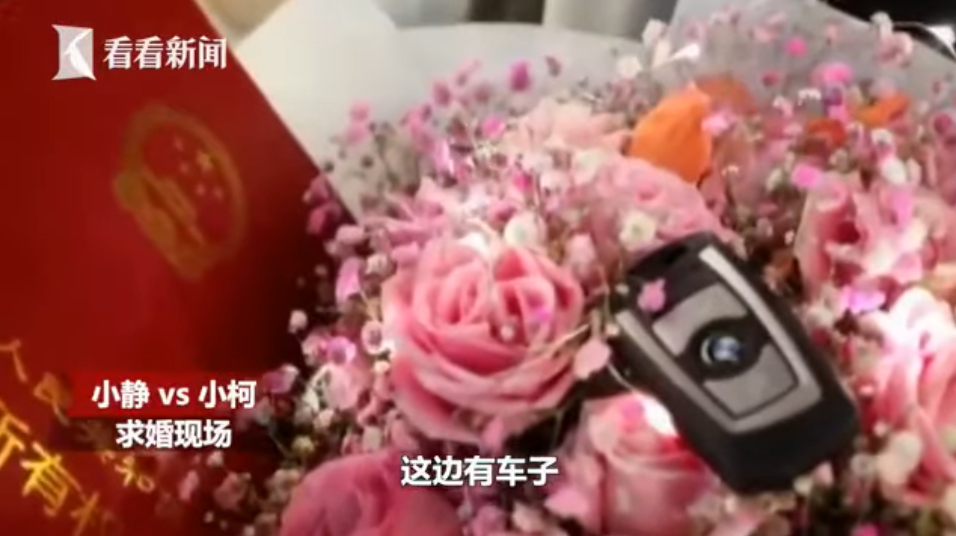 There are many different gifts you can buy for the proposal. If a brand new BMW and new house are too much for your wallet, don’t be pressured by Xiaojing’s proposal. Here are some gifts you can give your sweetheart, aside from the engagement ring, of course: