It is possibly the best life lesson about not texting while walking or driving or doing just about anything – because one Chinese girl fell and got stuck in a storm drain for hours as she did not notice the opening while she was busy texting her friends.

It is not known whether her phone was lost inside the storm drain when she fell but what was really embarrassing is that she was stuck so hard between the steel bars of the storm drain no one could pull her out even if many people tried. 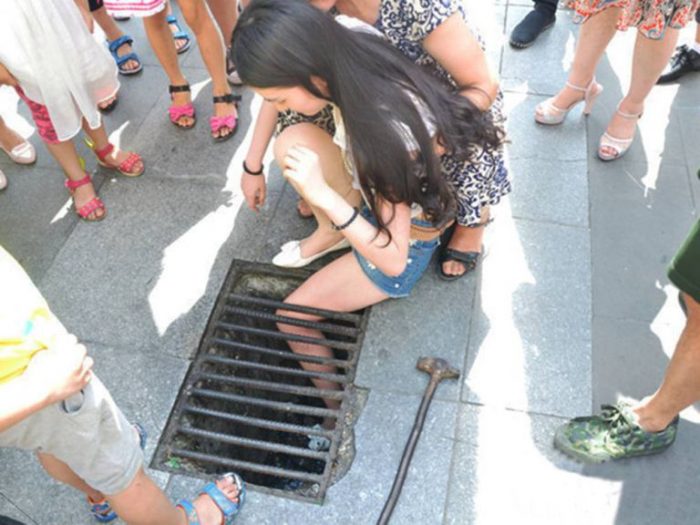 This resulted to more bruising on her leg — as well as her ego!

After several minutes of the girl being stuck in the drain, someone finally called the fire station for assistance yet it took the firemen almost an hour to finally get her unstuck. 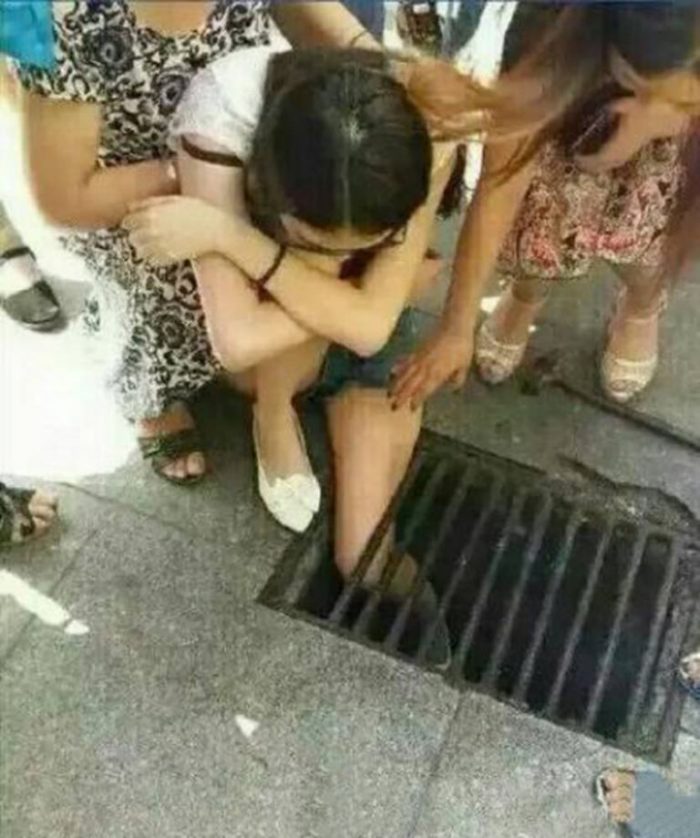 For sure, this girl would never go texting while walking again. Hopefully, her story would also be a lesson for others.

Today, we take texting for granted but in the late 1990s and early 2000s, it was still something that was so new to people they did not know how to deal with it. Texting was a cheaper alternative to calling yet it was more expensive in the past than it is today.

For example, in the Philippines, texting could cost you P1 per text – but this has changed today with people able to obtain unlimited texting options or buy various combo promos.

Things certainly changed a lot over the years. We could only wonder what communication options the future generations will be able to enjoy when their time comes.