A lot of pet owners will tell you that cats are so indifferent, especially when compared with dogs. While dogs are often sweet and loyal, cats are sometimes characterized as prima donnas who just don’t care what their humans will do.

But one cat recently proved that notion wrong as it sprang up in surprise and frantically searched for its human who ‘disappeared’ in a magic trick! Isn’t that awesome? 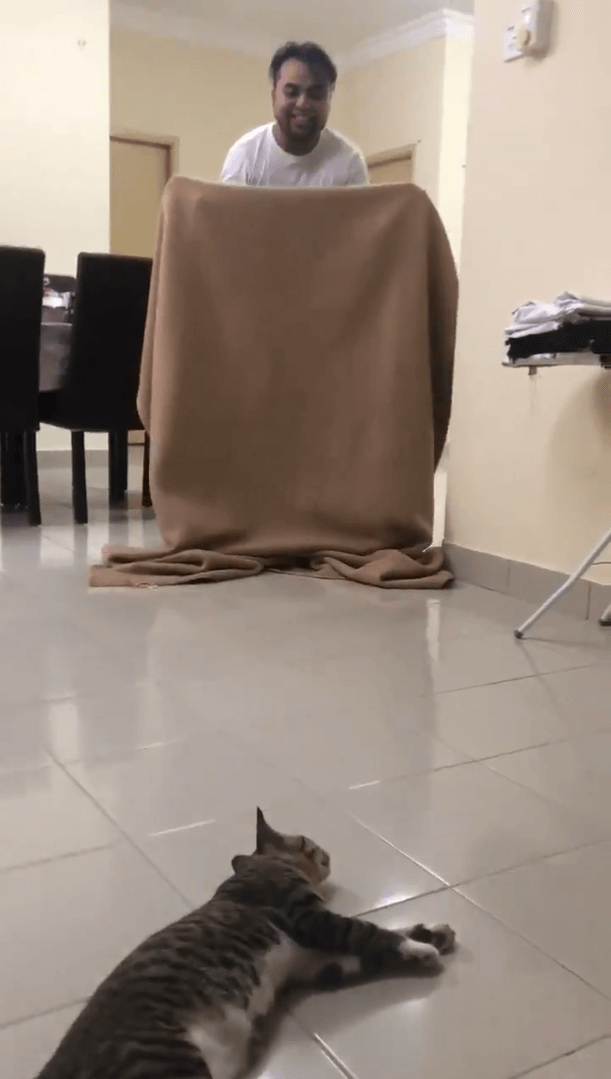 Netizen Aizen Kamil Hasegawa (Twitter @AizenKamil) shared the video that got a lot of netizens laughing.

While this video comes a bit late as this particular ‘magic trick’ went viral several months ago, many were still impressed by the cat’s reaction to its human’s disappearance.

In the video, Aizen could be seen holding a blanket and trying to catch his cat’s attention. At the time, Aizen’s cat Chopot looked like he wasn’t interested in watching the trick as he slept on the floor. 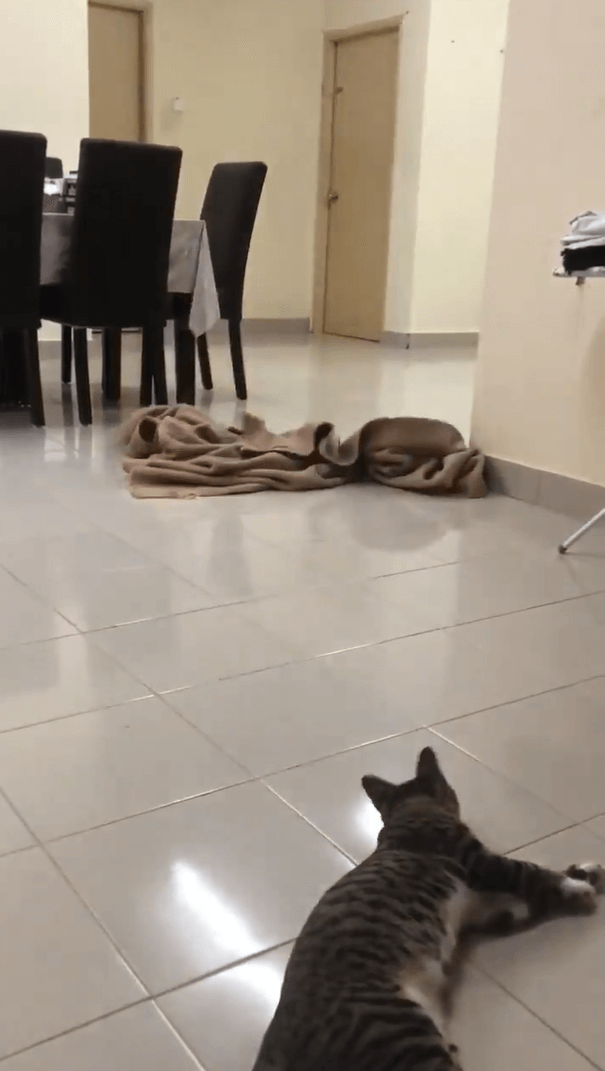 It didn’t even move a muscle as Aizen started the trick, holding the blanket up and moving it as he counted. Chopot didn’t appear to care at all, but that apparent indifference changed when Aizen covered himself completely before running off and releasing the blanket. 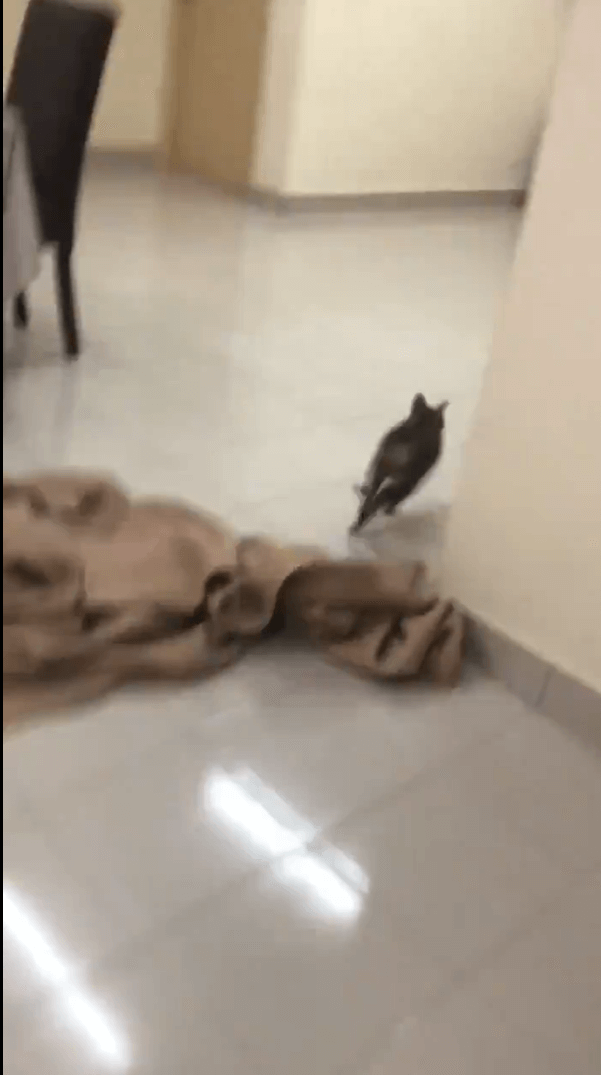 Not seeing its human when the blanket fell, the cat sprang to its feet and frantically searched for Aizen, quickly running towards the bedroom in hopes of finding the guy! The cat’s actions got the internet laughing but many also praised the feline for doing this.

A lot of netizens commented that their cats wouldn’t have done anything after seeing them ‘disappear’ – and might even feel glad that their pesky humans were out of sight! LOL. 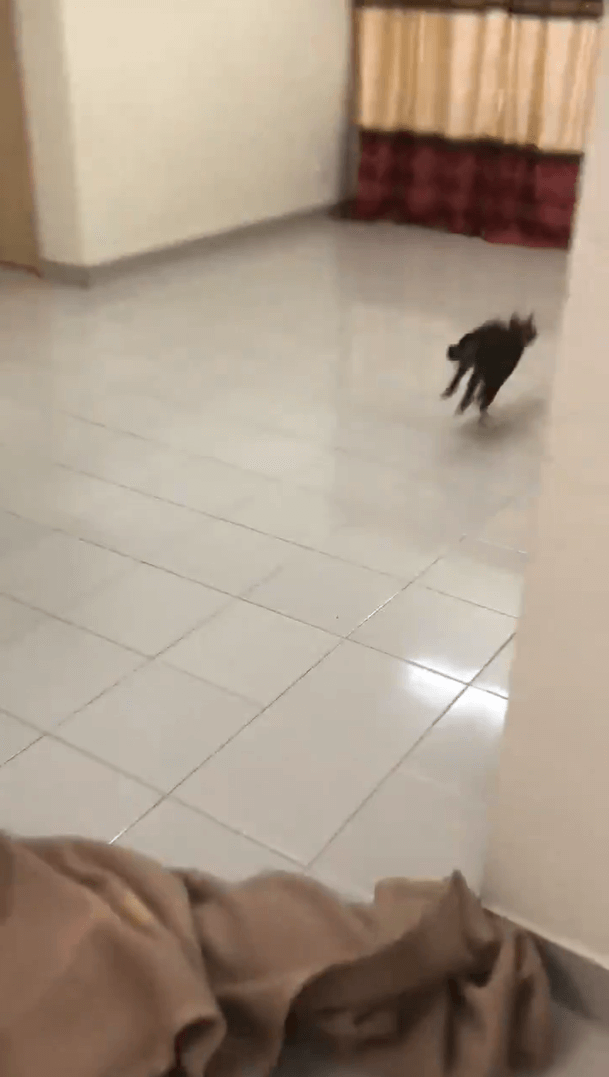 Aizen later revealed that the cat appeared to have been so scared of his disappearance that when he ‘reappeared’, it kept following him around and snuggled closer as it slept. Poor thing!

Check out this hilarious video:

How to Do the Disappearing Trick Using a Blanket

First, pick a blanket that could cover you from head to toe. Then, position yourself near a doorway or the edge of a wall.

Next, make sure you have a good hiding place nearby to run to. Get your target’s attention as you start hiding behind the blanket. Move the blanket up and down.

For the trick to work, completely hide behind the blanket, raising it as high as you could without exposing your feet. Then, run towards your planned hiding place as quickly as you can while letting the blanket go.