It had been raining hard that day and puddles had formed outside his school. But while other students tried their best to stay dry and away from the puddles, one kid swam in one instead! This made him a viral sensation as netizens could not help but laugh at his antics.

Rozita Abdul Razak shared photos of her son as he swam in the puddle – with many other students watching just outside the school fence. 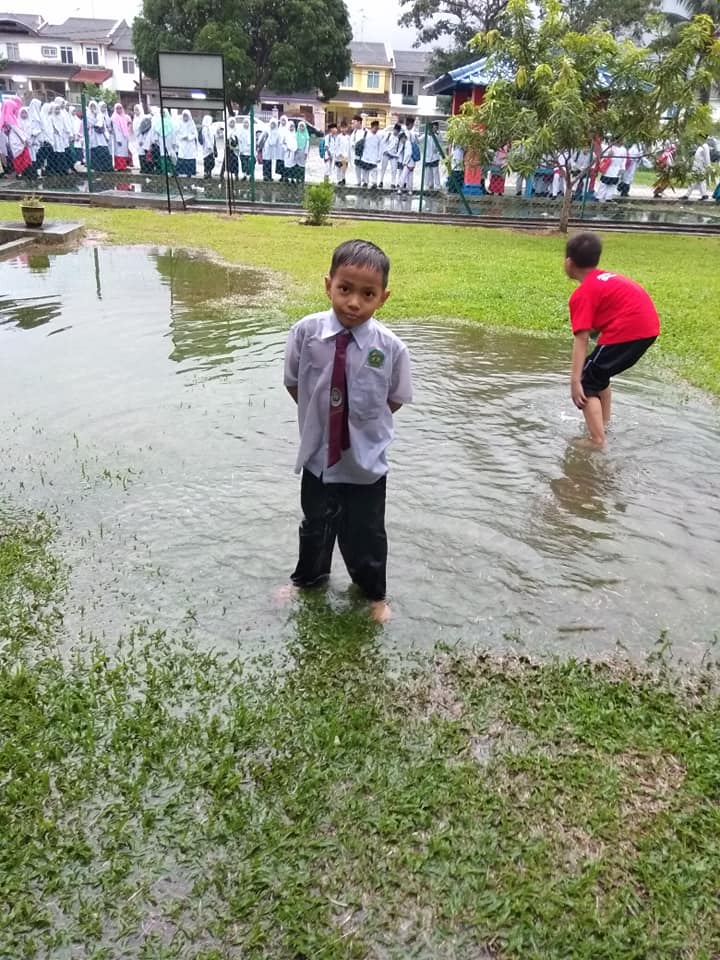 According to Rozita, she was quite alarmed when the school authorities called her to report what her son had been doing. When she arrived, she found the boy swimming at the puddle like it was a swimming pool.

He didn’t even show any remorse but cheekily told her, “Mum, you never take me to a pool!” What a hilarious excuse! 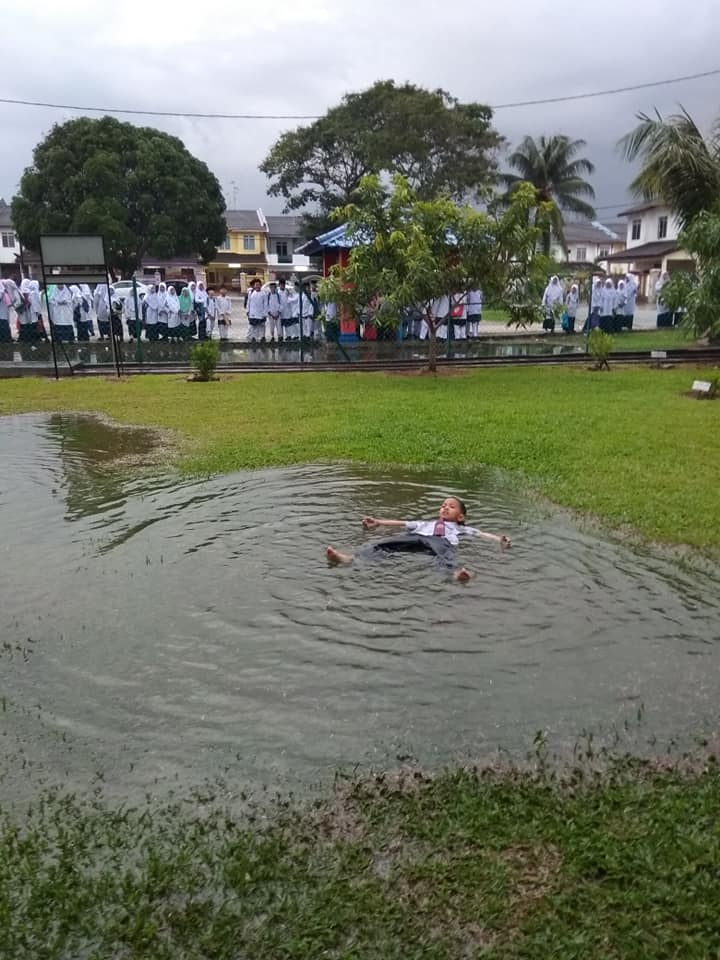 The amused mother shared that her elder son had actually tried to make the young boy stop swimming in the puddle, but the kid led his elder brother to a chase around the school grounds. Having an audience in his curious schoolmates even made the boy enjoy his play in the puddle.

It would the mother several more minutes before she was able to make her son get out of the puddle. He really did have a good time! He also made waves on social media, with people praising him for having fun in the puddle and enjoying his childhood. 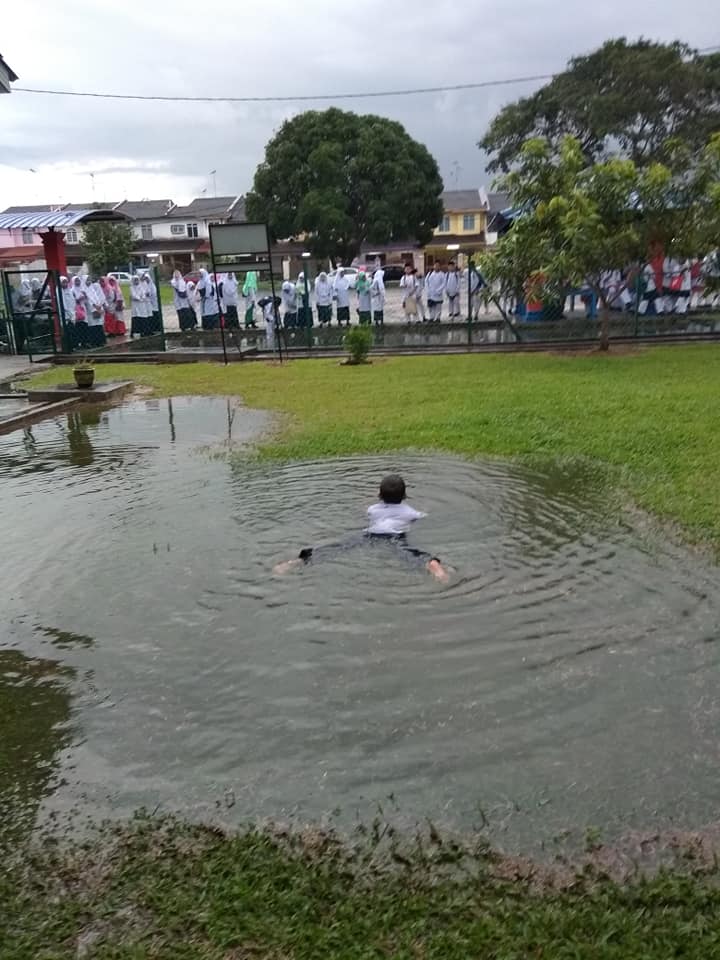 Others were more worried about his health, saying that he doesn’t know what germs might be in that puddle, but others scoffed that off and simply said that what’s important was that he was having fun!

Some netizens even offered to give him and his brother a chance to enjoy a swimming pool or beach. 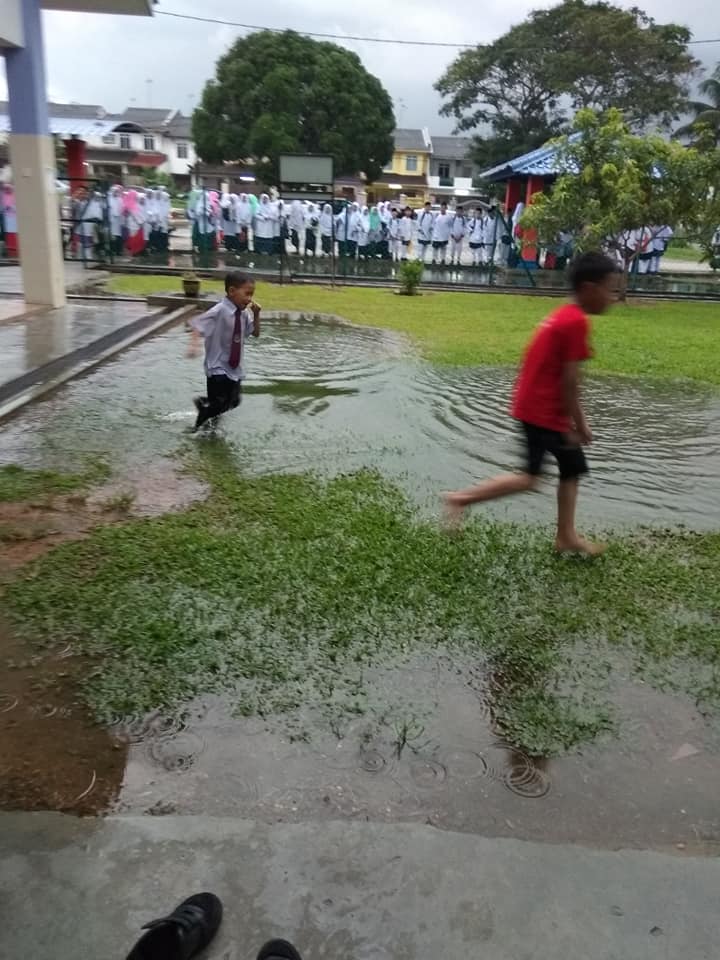 What are the Benefits of Playing Outdoors?

Outdoor play is beneficial in so many ways as it gives children much needed Vitamin D from the sun, helps build immunity, helps strengthen muscles and promote body coordination, develops cognitive and social skills, and helps increase their attention time.