A bully destroys food that a boy is selling, but Good Samaritans came to little vendor’s rescue and bought everything from him after driving the bully away.

In Putatan, Sabah in Malaysia, Daylirn Lim Siew Fong and her husband, Francis Tabrett, were walking in town to buy some groceries when they heard a kid screaming nearby. Pitying the kid, the two hurried to find the source of noise and found a boy with food scattered at his feet, being mocked by someone around his age who is opening some packs and throwing it at the vendor. 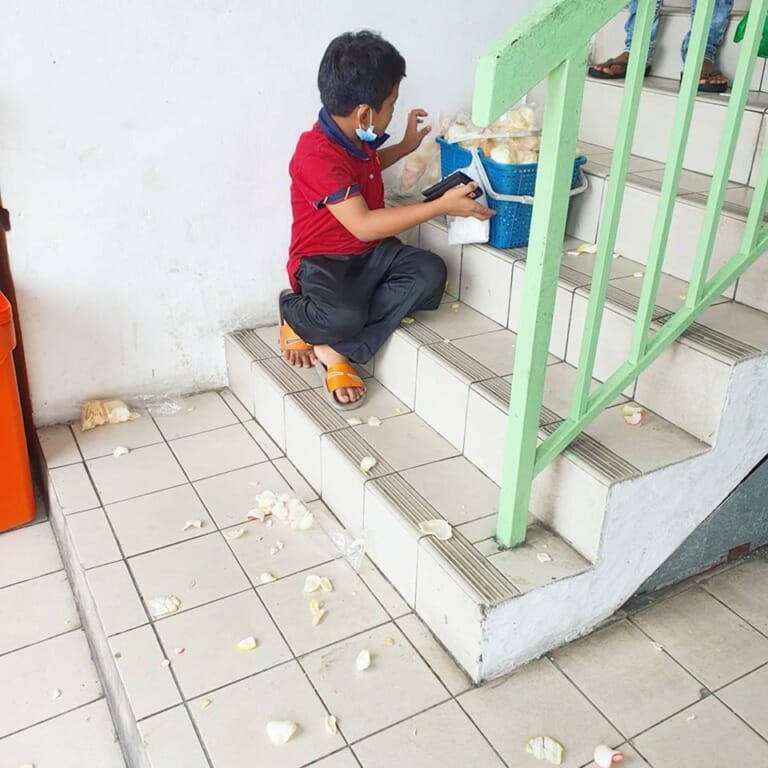 Concerned, the couple told the bully off while also trying to comfort the vendor. Francis tried to run after the bully to teach him a lesson but he was also concerned about leaving Daylirn who is 6 months pregnant. 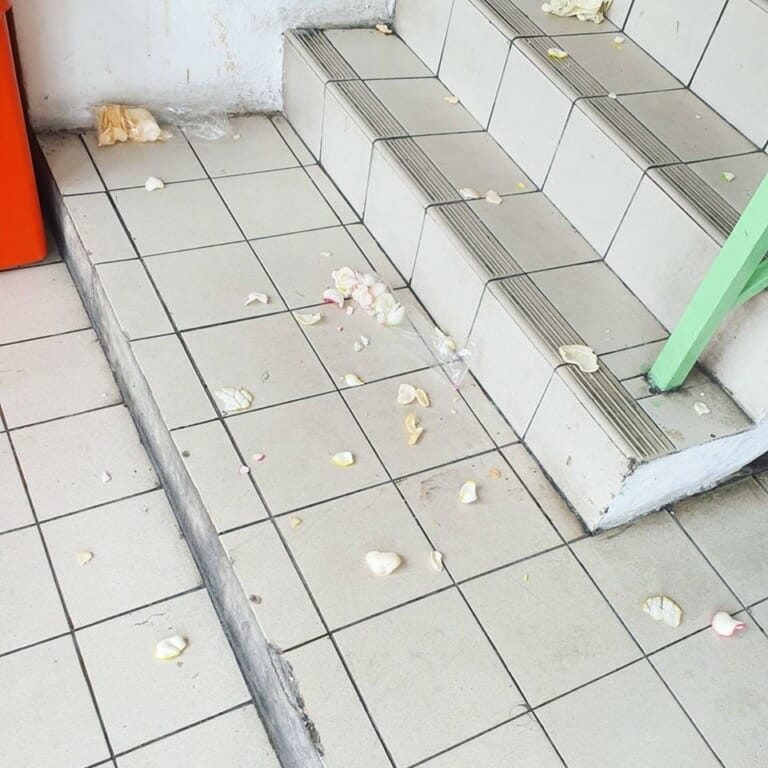 The bully managed to escape quickly but the vendor told them that this happens almost every day. Francis gave the kid RM10 ($2.30) to cover for the food that got thrown on the floor.

“Yes, this happens daily. I set out to sell these keropok every morning at 8am and I only get to return home at 4-5pm in the evening,” the vendor said. 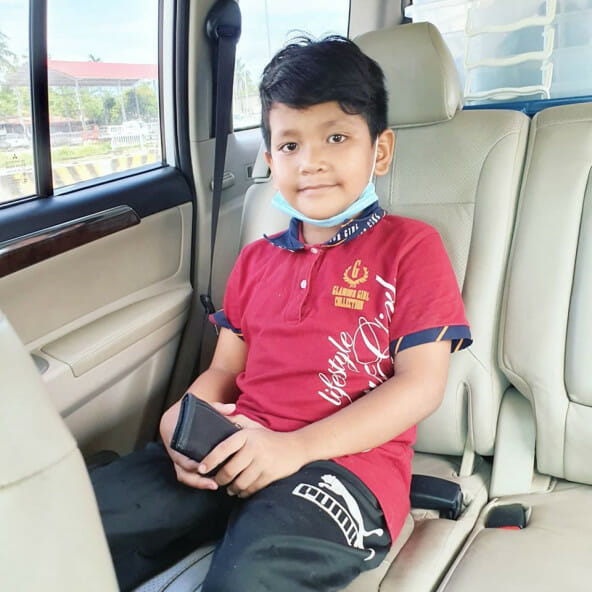 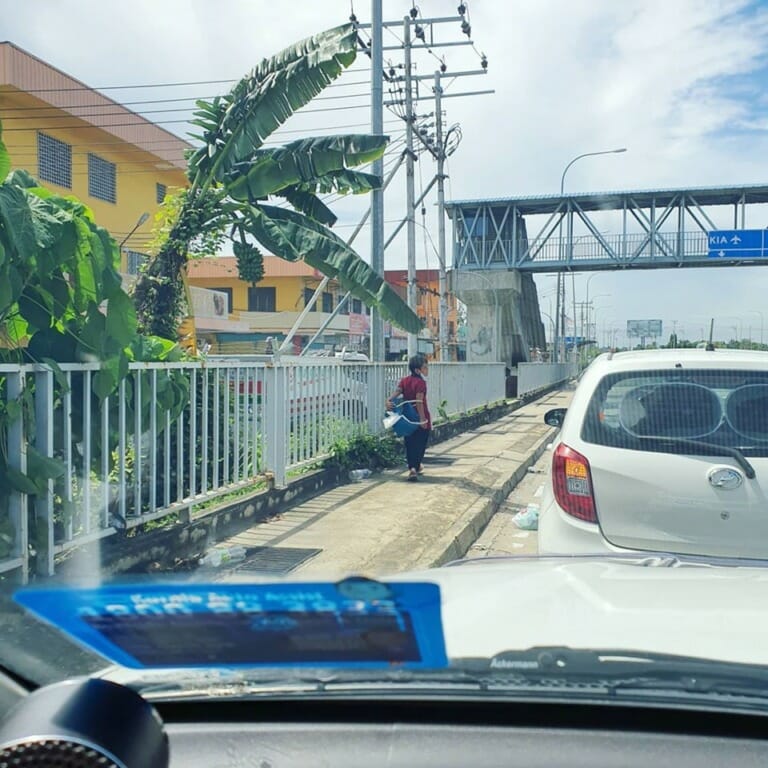 Photo credit: Daylirn Lim Siew Fong / FacebookTouched by what they heard, the couple decided to give this kid a break for one day. They bought the rest of his goods, about 20 packs worth a total of RM63 ($14.45) so he could go home early. They were also worried that the bully might come back and get some of his goods again. 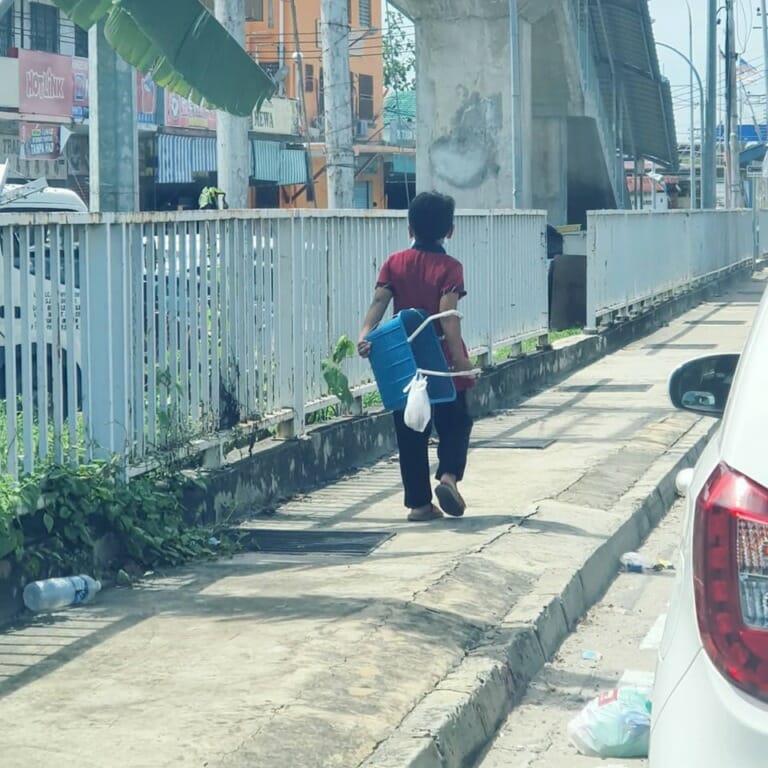 The boy was happy! He was also ecstatic after the couple offered him a ride home. He asked to be left off a pedestrian bridge as he still had to walk towards his home because a car won’t fit there.

Keropok is a deep fried crackers made from starch and other ingredients that serve as flavoring. In Malaysia, this is often available in fish or seafood flavor.