Most, if not all, parents would do anything and everything to make their kids happy – even if it means not eating anything just to ensure the kids have food in their stomachs.

One such dad was photographed at a Jollibee outlet – and the photo touched so many hearts on the internet that a lot of netizens have banded together to send donations to his family.

It all started with the photos shared by netizen Jhunnel Sarajan who spotted this dad just watching his two daughters eating at a Jollibee outlet. 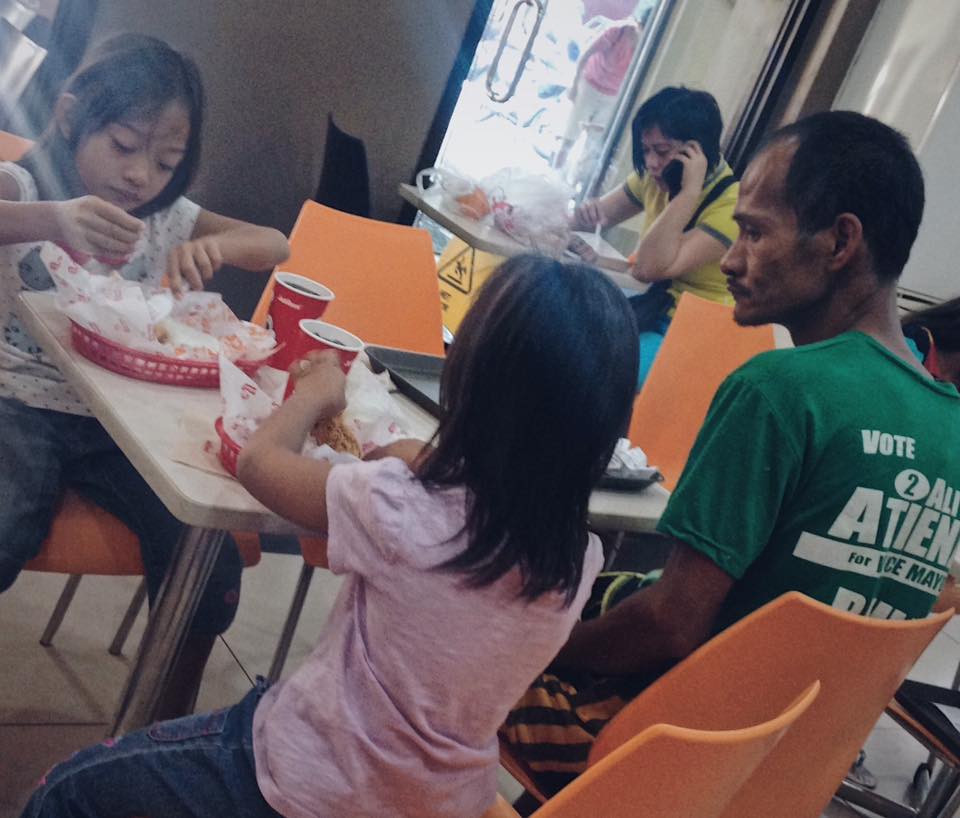 Sarajan was so touched by the scene that he shared photos on Facebook; he captioned his #KwentongJollibee with “I can’t contain my emotion when I saw them in Jollibee. Walang kinakain si kuya, mapakain lang ang kanyang mga anak. This is a photograph of a father’s love. A depiction of genuine selflessness.”

A lot of netizens were touched by the photos, with several people offering to help out and send money to this selfless dad so he could also have something to eat or have some kind of livelihood to help him support his children and have money for their basic needs.

Others commented that Sarajan should have done something to also get the man some food – and it seems that he did although he didn’t feel the need to announce it as he would post more photos, with the father now having food of his own on the table. 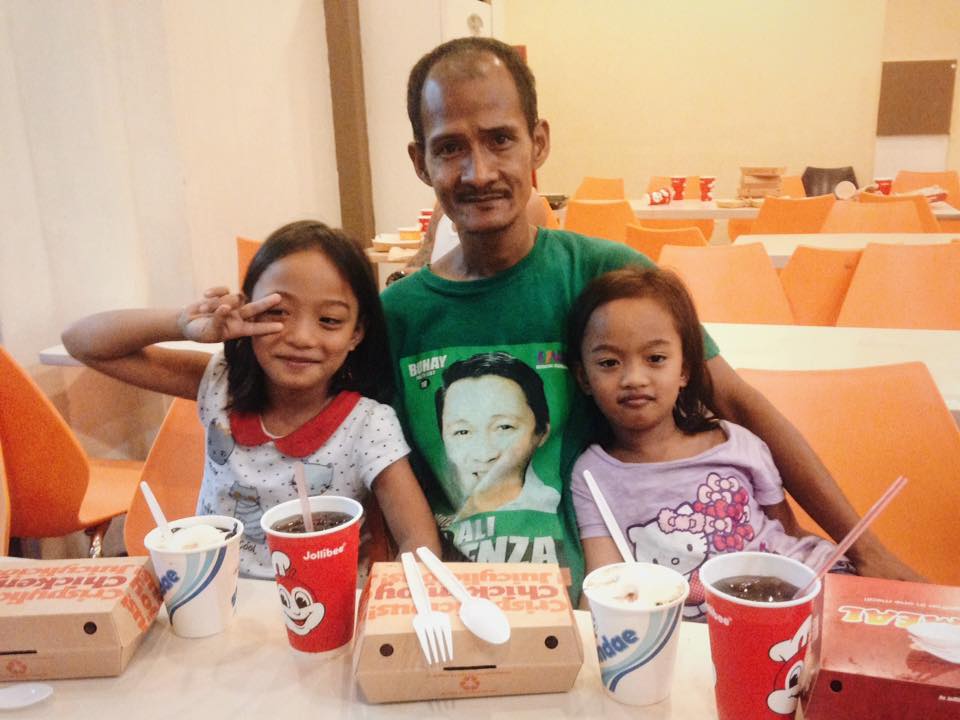 After the post went viral, the selfless dad was identified as 38-year-old Ryan Arebuabo of Juan Luna in Tondo, Manila. He is a street vendor who suffered from a mild stroke some 4 years ago. According to his cousin who messaged Lloyd Cadena, Tatay Ryan’s wife left him when he had a stroke. 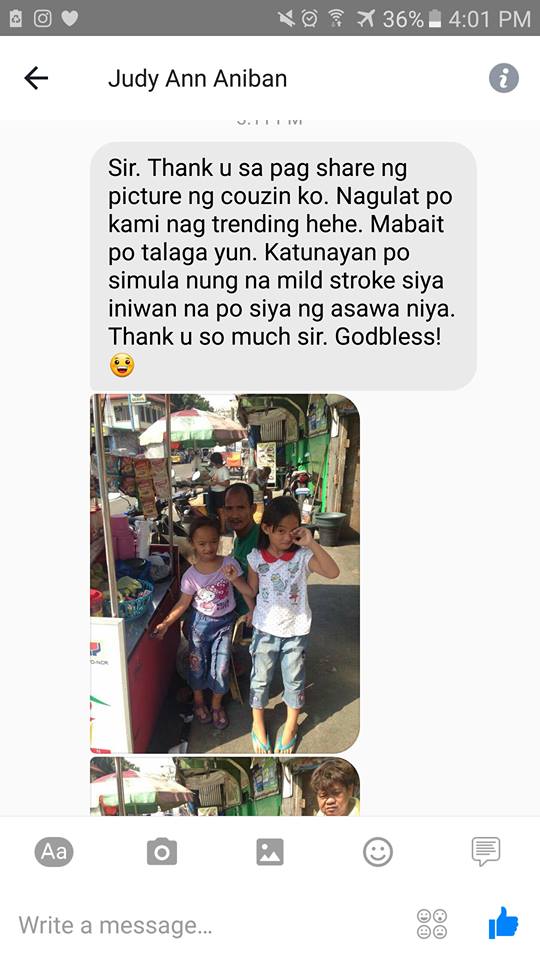 More netizens promised to help the kind father get more capital so he could sell more in his spot as street vendor. It is wonderful how social media has ensured that this family gets the help they so needed – and all because of this man’s selfless actions for his children…