A student with 75% final grade amazed everyone when he ranked in the top 10 of the board exams! That’s proof enough that it’s never too late for anyone to succeed in life – and grades aren’t everything.

From 75% Final Grade to Board Exam Topnotcher

When students graduate with a barely passing grade, something called “pasang-awa” in the local slang, most people don’t really expect them to excel in life and top the board exams.

In fact, many might even expect them to fail in the board exams.

Yet there are so many of these “pasang-awa” graduates who impressed us by actually becoming a topnotcher in the board exams they were taking!

One of these is Christopher John Peralta De Vera who graduated from Saint Mary’s University from his course of Bachelor of Science in Civil Engineering last June 2020 after getting a final grade of 75% in some subjects. 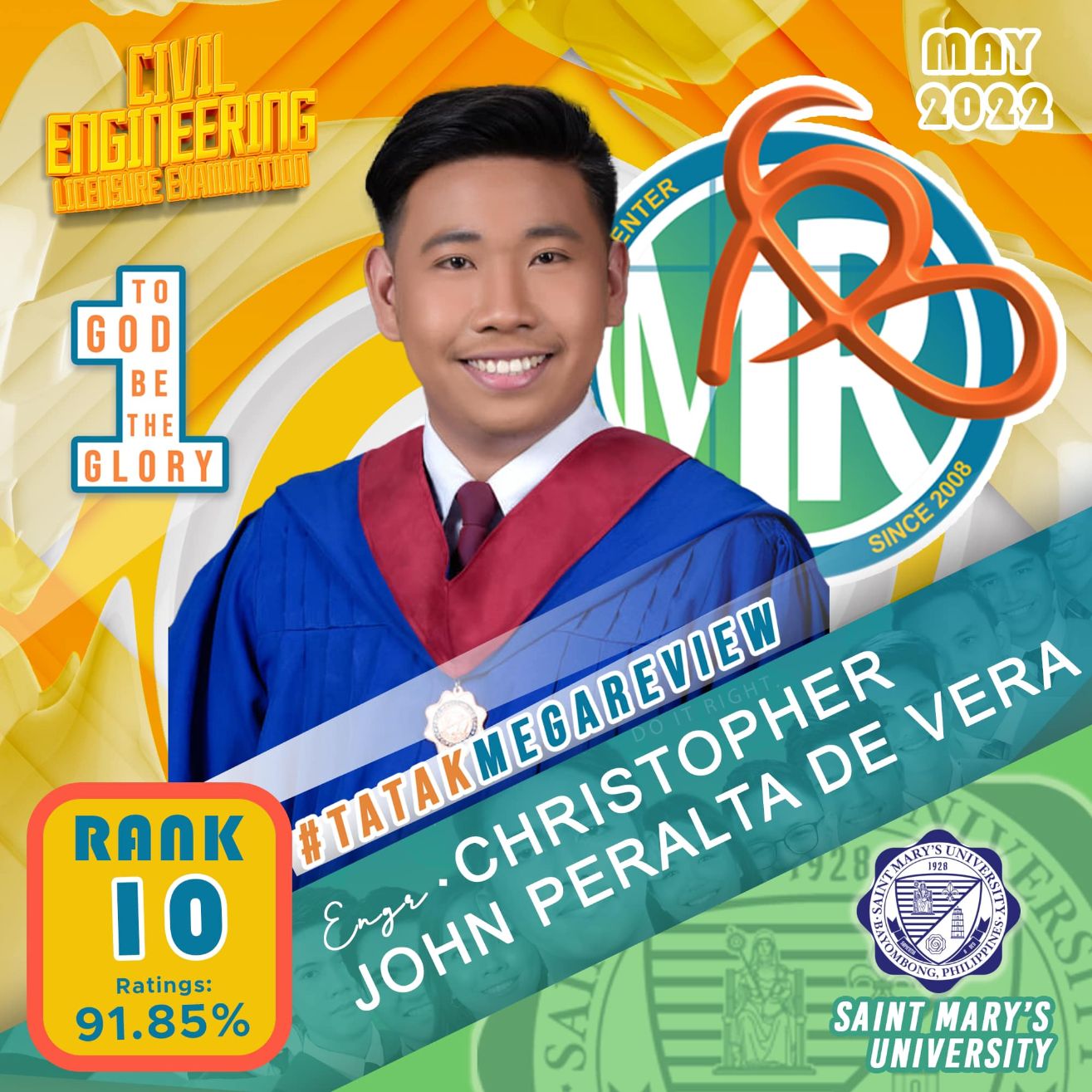 Despite the barely passing final grades, however, this young man amazed us by ranking in the top 10 of the May 2022 Civil Engineer Board Exams.

You might also be surprised to learn that this new engineer had actually been planning to become an accountant, but changed his mind to engineering at the last minute.

According to GineersNow, Christopher lost his father in his last year of high school. So, going to college was a challenge, financially.

Thankfully, an aunt who works as a caregiver in the US paid for his college tuition.

He wasn’t able to take the board exams right after graduation because of the pandemic, yet when it was time to take the test, he got sick.

He fell ill three weeks before the exams, making it more difficult to review. Good thing he was able to catch up – and amazingly ranked in the top 10. 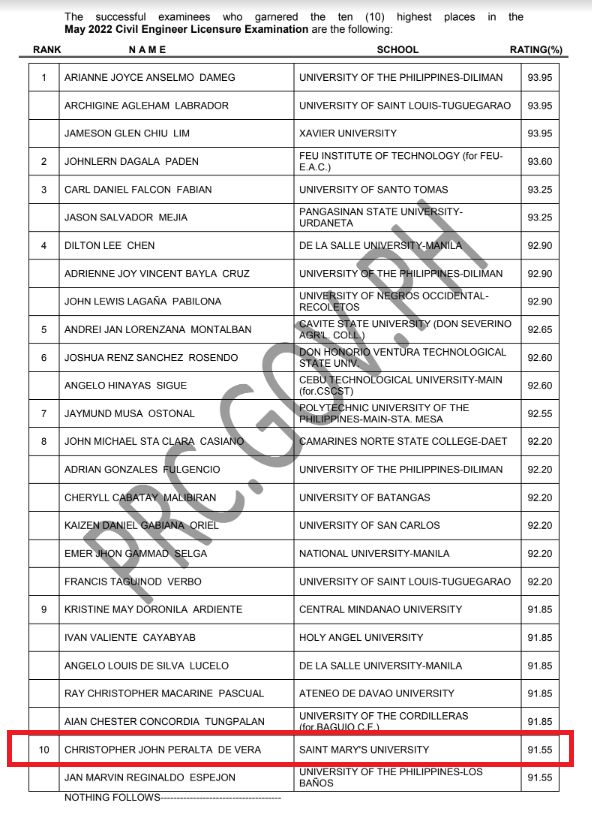 According to his LinkedIn profile, he now works as Project Engineer for SM Engineering Design and Development Corp.

A project engineer manages all aspects, including planning, budgeting, and the personnel in technical and engineering projects.