It was rush hour on February 27 at the Ayazaga Metro station in Istanbul, Turkey. As expected, there were lots of people rushing to and from the station.

One of the escalators had broken down at the time and the authorities had put up warning signs to stop people from using it; however, people continued to use the broken escalator as they were in a hurry to get to the station.

In the CCTV footage that has gone viral on social media, people could be seen walking on the escalator; although at first, the stairs weren’t moving.

A lot of people had already passed through those stairs when the escalator suddenly lurched to life. The sudden movement surprised the users but while most were able to safely continue on their way, one man was unfortunate enough to have been standing on the part that collapsed all of a sudden. 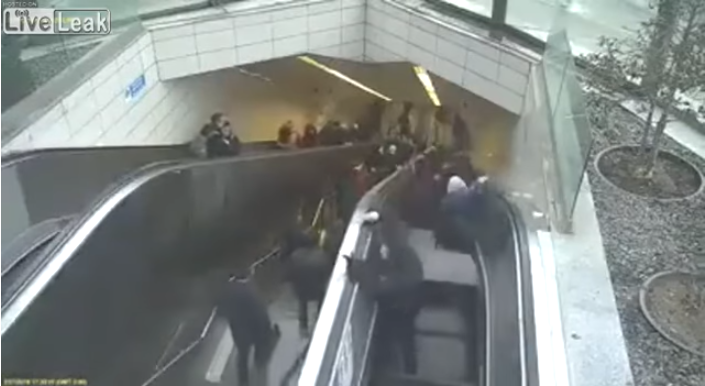 Terrified commuters watched as the man was ‘swallowed’ whole by the broken escalator! OMG!

It was clear that the other commuters were too shocked to know what to do but the stairs stopped moving, then, perhaps because someone was able to push the emergency stop button.

The unfortunate commuter was identified as Mehmet Ali Erik. Firefighters worked hard to free him from the broken escalator. 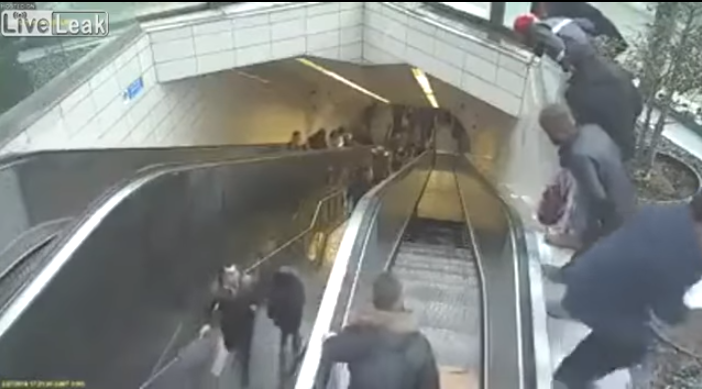 Thankfully, while he was trapped under the metal stairs for an hour, Erik survived the incident, only suffering some non-life-threatening injuries.

It is unknown as of press time whether Erik had plans to sue the management for negligence but the Istanbul Metropolitan Municipality pointed out that a warning sign had been placed near the broken escalator before the accident but the commuters ignored it.

Do you think the management is still liable to this incident or was it the commuters’ fault for ignoring the warning sign? Watch this video: