Growing up in a poor family, a boy named Edmar knew how difficult it can be to have no money for food and daily expenses. This is the reason why, young as he is, he helps his mother make an “alkansyang bahay” (a money box shaped like a house) during weekdays at their home in Rosario, Cavite in the Philippines; then sell these in the country’s capital, Metro Manila, during weekends.

Netizen Leandro Alverio Santos II shares the story of how he encountered Edmar selling the money box along P. Noval, a street close to the University of Sto. Tomas (UST).

According to Leandro, he saw the boy bringing two large plastic bags but did not really take notice until the young one began shouting “alkansyang bahay” to sell his wares. Curious, he asked the boy about the money box, learning that the larger ones cost Php200 ($4.30) while the smaller ones are just Php70 ($1.50).

The boy, who introduced himself as Edmar, proudly admitted that he helped his mother make the money boxes and that they travel to Manila every weekend to sell these crafts. 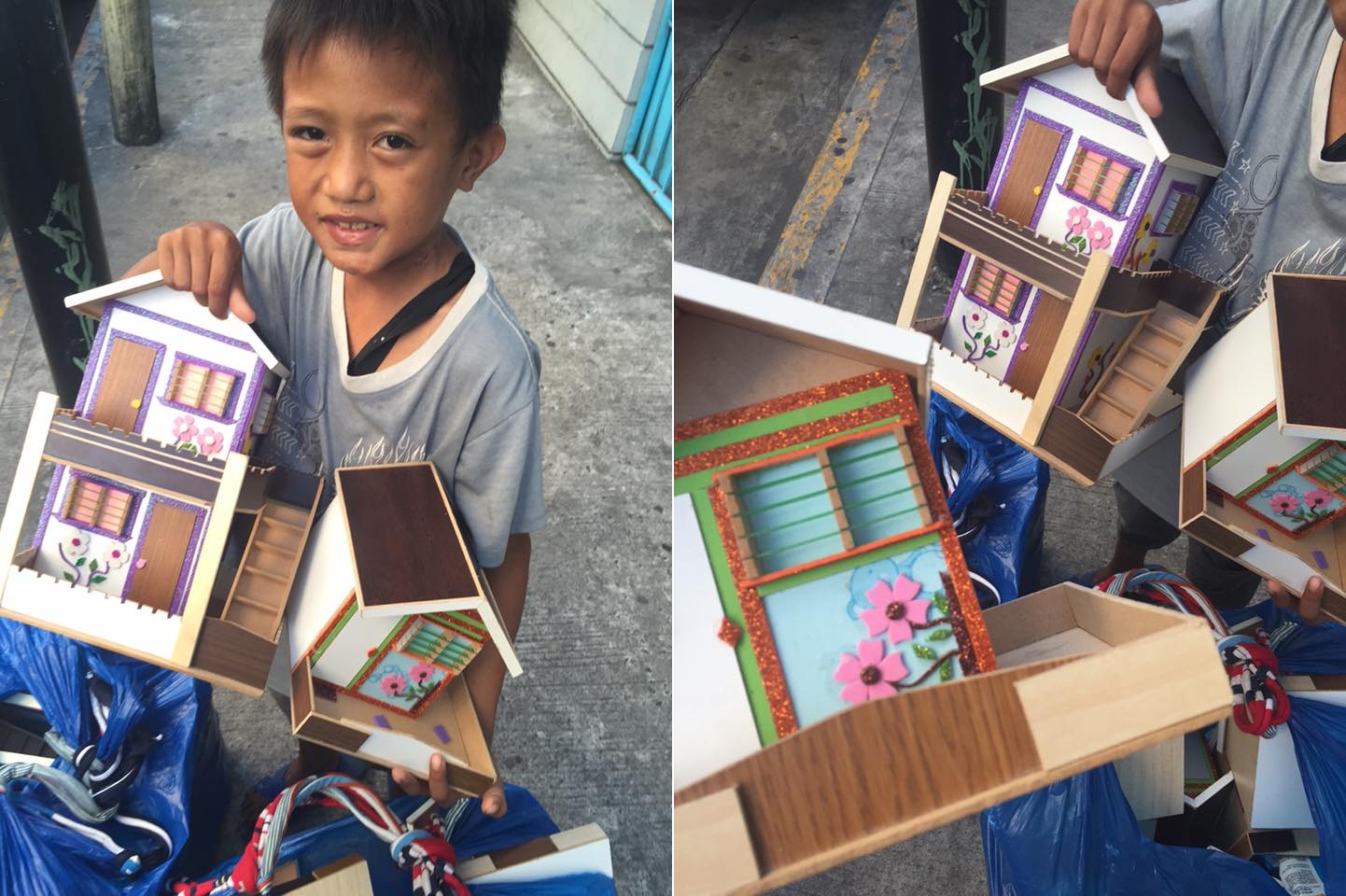 Touched by the boy’s plight but also admiring him and his mom for doing something to alleviate their poverty instead of just waiting for dole outs and alms as beggars, Leandro tried asking for the boy’s contact number so he could easily find him or his mom should there be people who are willing to help them by buying some of the money boxes but the boy admitted they do not have a cellphone.

Leandro pointed out that other boys Edmar’s age are possibly enjoying the weekend by playing with their peers yet this boy is selling in the streets of Manila, instead. For this, Leandro calls Edmar as a ‘legitimate working student’.

He also expressed admiration to Edmar’s unnamed mom who is teaching her son a good lesson in life: to strive hard and not simply rely on others for help.

Leandro hopes that other people will also help Edmar not by giving him alms but buying his alkansyang bahay.