Walter Macfarlane and Alan Robinson had been best friends for over 60 years. What they didn’t know is that their strong bond is actually much closer than they thought because they were actually long-lost brothers!

Born 15 months apart, Walter and Alan were brothers but had no idea about it because Alan was adopted and Walter never knew his father.

They met and became best friends in sixth grade, playing football together at a prep school in Honolulu, Hawaii. Growing up, the two did not question their identities and accepted things as they were. They bore a passing resemblance with each other but they didn’t think much about it.

They have been best friends for over 60 years but the two had not talked about their ancestry. Years into retirement, they began to separately search for their ancestry but many leads were a loss on social media and various internet sites.

Then, coincidentally they used the same DNA-matching site and uploaded their data. 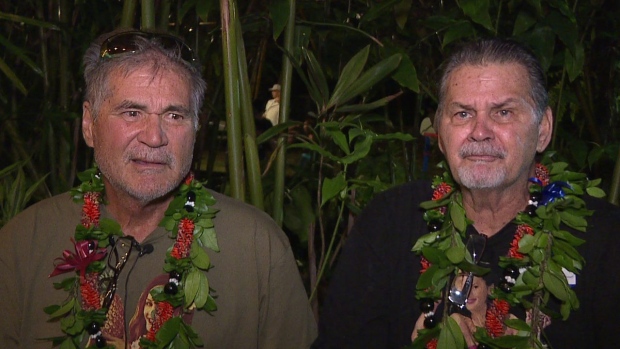 Walter was soon ecstatic after finding a perfect match with a certain user Robi737 – they had identical X chromosomes. It turned out to be Alan whose nickname is Robi; he worked for Aloha Airlines before retirement, flying 737 planes.

Walter’s daughter Cindy Macfarlane-Flores helped her father with the search. They would later figure out that Robi737 was Alan.

The two had a good talk and learned that they had the same birth mother.

While both were rather shocked with the revelation considering how they have been close to each other over all these years, they both considered it to be the best news they’ve heard.

Alan said, “It was an overwhelming experience, it’s still overwhelming. I don’t know how long it’s going to take for me to get over this feeling.”

They agreed it was the “best Christmas present they could ever imagine.”

The two have made plans to enjoy retirement by traveling together. It was something they had already planned as best friends but it’s much sweeter now that they knew they are going to do it as brothers!