While many people have dogs as pets or as guards even in their homes, there are also those who treat their dogs like family and provide them with the love and care fit for humans. These lucky dogs even get to have their own beds, even rooms, in the house as well as delicious food especially prepared for them.

A number of people even consider their dogs as their children, especially those who don’t have children of their own or those whose kids have already grown up and left the home. 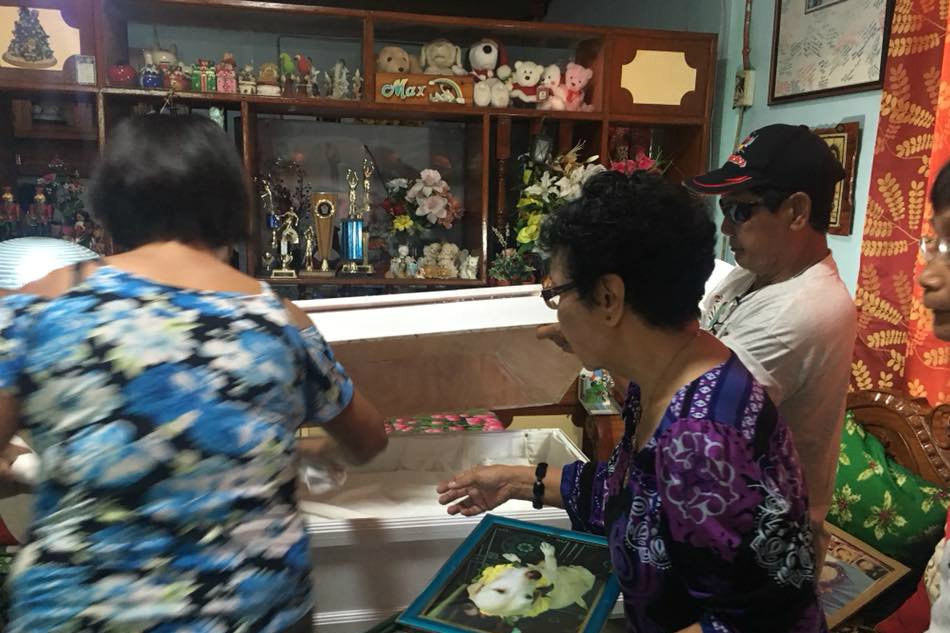 For retired principal Gloria Rarama from Sarrat, Ilocos Norte, however, her dog Angelina had been her ‘daughter’ after the death of her only child, Maxwell in December 2016.

The Labrador Retriever had been Gloria’s pet and daughter for 10 years. While Angelina is clearly a dog, Gloria did not treat her as such. Instead, she made sure that Angelina felt like her own daughter.

Sadly, dogs don’t live as long as humans do. At 10 years old, Angelina was already old and is equivalent to Gloria’s age in dog years. The dog died before New Year’s Eve after an operation on a cyst. 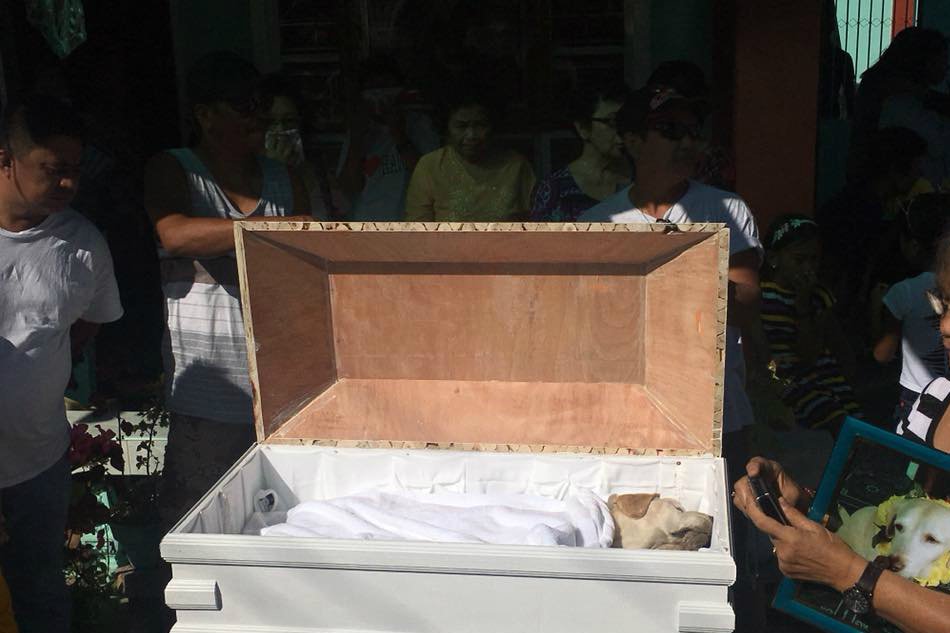 A grieving ‘mom’ Gloria was devastated because her remaining ‘child’ had died. But unlike most dogs who get buried in anonymous ‘graves’ as their owners dig holes in the ground to put them in, Angelina received a special funeral.

Gloria ordered a special coffin for Angelina. Then, a 9-day wake was held at Gloria’s house, much like a human being would receive! It was estimated that around 100 people attended the beloved dog’s wake.

To ensure that she could visit her dog anytime she wanted, Gloria had a grave prepared for Angelina in her backyard. The canine ‘daughter’ was buried just a few steps away, ensuring that Gloria will not feel alone.