Did you know that animals also have feelings, too? While they can’t express what they feel in words that humans can understand, we often see them show their feelings in some way.

Take for example this baby monkey who was pictured crying after his mother was run over by a car. The heart wrenching photo was taken near Elanthur on the Tamil Nadu-Karnataka national highway in India.

According to witnesses, the mother was trying to cross the street when it was hit by a speeding car. Seeing that its mom was not moving, the baby rushed to her side and began trying to wake her up. The baby monkey even gave its mom a hug and was seen putting its head on the dead monkey, as if trying to listen for a heartbeat or something. 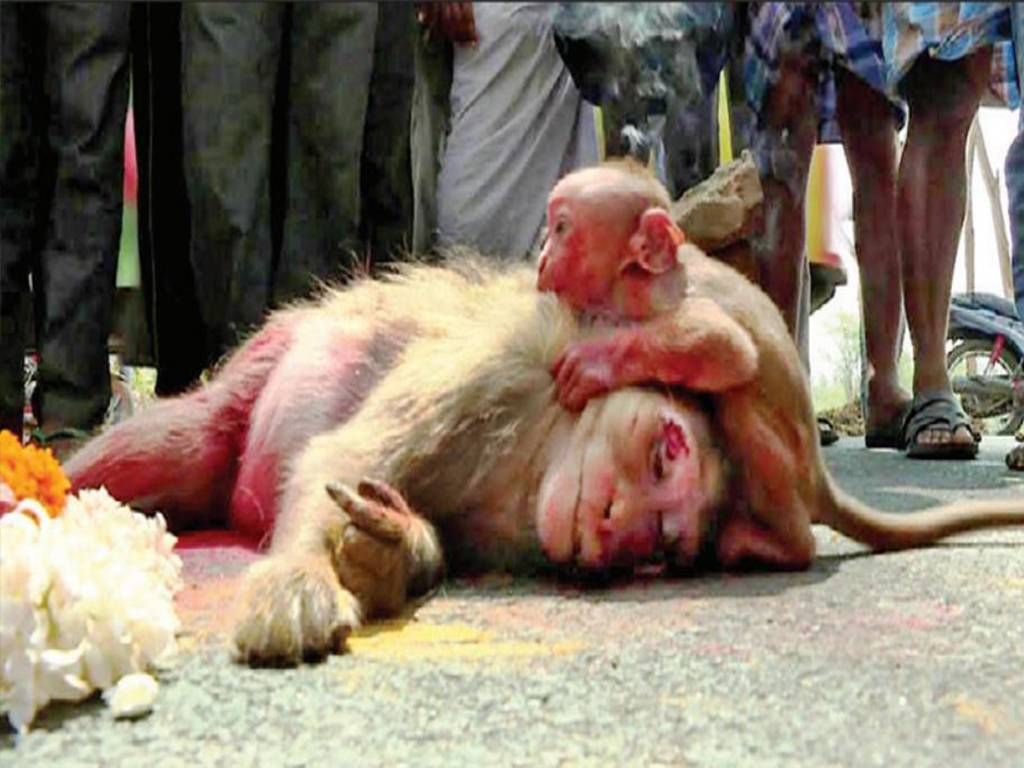 As minutes passed and its mom still wouldn’t wake up, the baby monkey must have sensed that something was really wrong because it began crying.

K Saravanan, one of the witnesses, commented on what he had seen, “Losing a loved one will be painful for not just human beings. Animals too mourn. We saw the young monkey weeping over the carcass of its mother.”

When cops arrived at the scene, the villagers kept the baby away from its mommy while the others took the carcass for burial. Another witness, G Sathyanarayanan, said that the baby monkey jumped from tree to tree, following the villagers as they took its dead mother to the edge of the village.

As with their custom, the villagers conducted final rites on the dead monkey’s body before burying it. The baby monkey reported watched from a distance. We just hope it will survive without its mother…

A carcass is the dead body of an animal. The term is only different from a ‘corpse’ in that the latter is used for dead people.