It’s been almost 3 years since Typhoon Yolanda devastated many areas in southern Luzon and Visayas but according to Housing and Urban Development Coordinating Council (HUDCC) chairperson Vice President Leni Robredo, only about 1% of the housing projects had been completed and released to the victims/survivors.

Considering the billions of money donated by foreign countries to the Philippines to help the Yolanda victims, netizens could not help but question where all that money went and why the houses are still far from completion after 3 long years – when Pres. Rodrigo Duterte’s administration was able to finish the construction of a mega drug rehab facility in Nueva Ecija for just around 3 months! 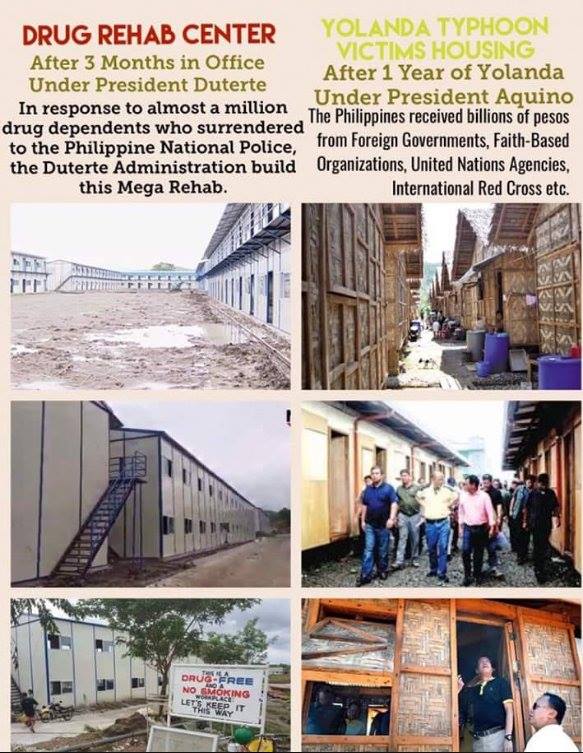 Certainly, 3 months is much shorter than 3 years, netizens mused.

This sentiment would soon come out in a series of collages made by netizens to show the striking difference between the ‘temporary’ Yolanda housing projects under former Pres. Benigno Aquino III and the mega drug rehab under Pres. Duterte.

The photos had since gone viral across several social media platforms, with netizens sharing their thoughts regarding the issue.

Many were dismayed over the photos, saying that the Aquino administration could have done better than the nipa row houses they made for the victims. 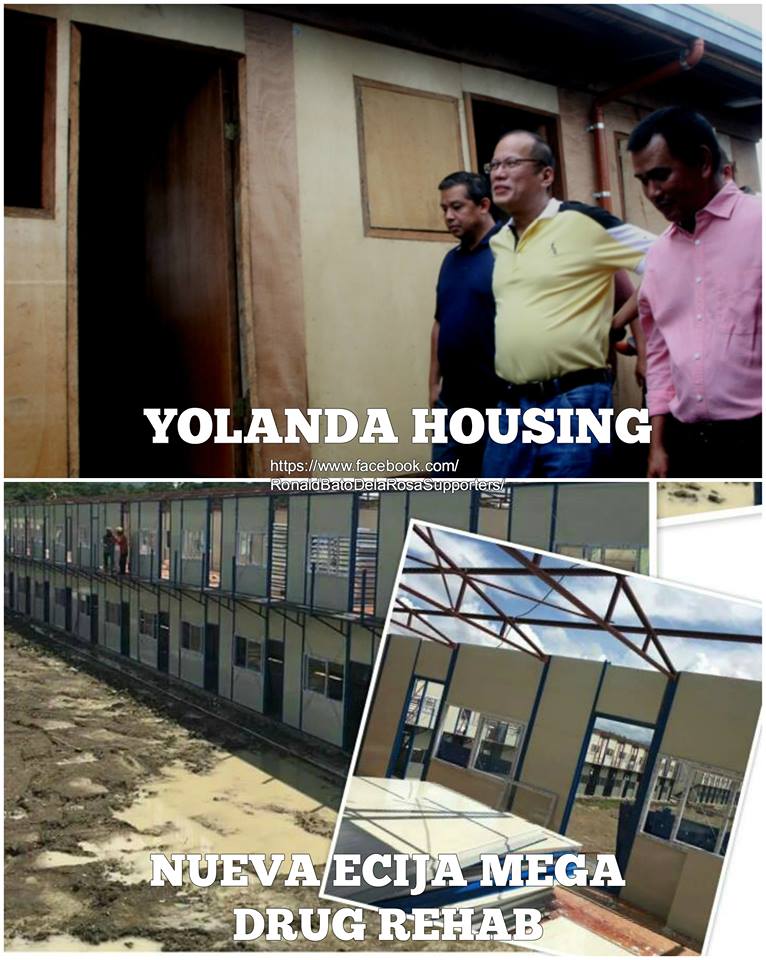 Some netizens pointed out that the budget for the facility now launched as the mega drug rehab actually came from the Aquino admin, with the project supposedly approved just a day shy of Duterte’s first day of office. The facility was supposed to be a prison to decongest the New Bilibid Prison.

While that might be true, other netizens couldn’t help but point out that the source of the budget is not the issue but the swiftness in how the projects were implemented.

When did Duterte start as President?