MANILA, Philippines – Presidential aspirant Mar Roxas is currently under attack from netizens after the release of ‘Sa Gitna Ng Unos (In The Midst of Disaster),’ a campaign comic book based on his life and on the events surrounding the time when Typhoon Yolanda struck the country.

Roxas, who served as the secretary of the Department of Interior of Local Government (DILG), has long been subject to ridicule because of his alleged poor performance during the tragedy. The new comic book only fueled the fire as it sparked more criticisms against the candidate.

GMA News reported that Rep. Barry Gutierrez defended the comic book saying it was created by the supporters of Mar Roxas to shed light regarding the controversial issue. 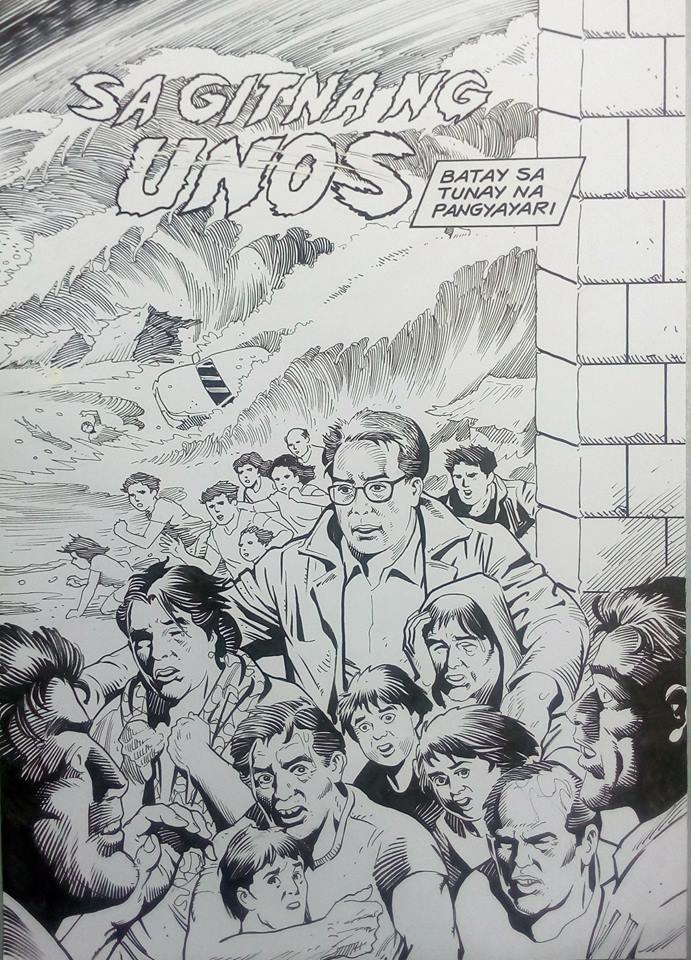 In a surprising twist of things, however, veteran illustrator Karl Comendador, who did the drawings on the said comic book, recently surfaced and publicly shared that he was merely doing his work.

Adding further insult to the injury, he said he is actually rooting for Davao City Mayor Rodrigo Duterte, another presidential candidate.

Some netizens have expressed support for Comendador and praised him for his honesty. On the other hand, there are those who are bashing him for ‘selling’ his principles.

In his Facebook post dated March 28, 2016, Comendador clarified this wasn’t his first time to draw comics for a politician:

The post has since earned hundreds of comments and shares from Facebook users. Comendador added that he also drew interior pages for a still-unreleased Duterte comic book.