You probably heard it so many times: “the customer is always right.”

If you are a customer, you should know the shopping etiquette. You should know how to treat business owners so you can get to enjoy the service that you want. However, not all people know shopping ethics. Like this woman who was caught on film while throwing a huge tantrum in a store. 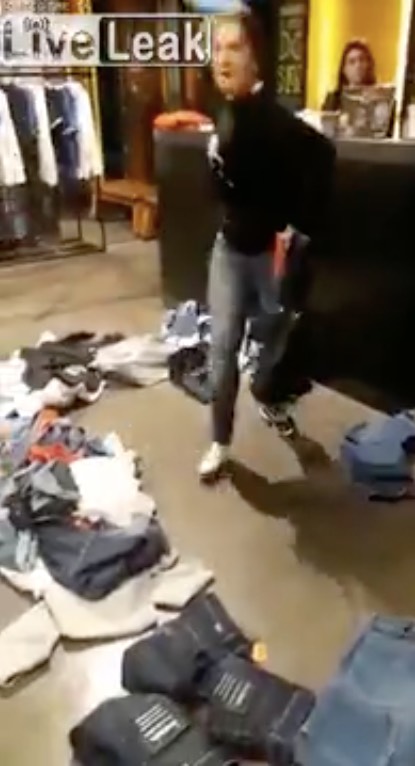 The woman was asking for a refund for the clothes she bought two months ago. [Image Credit: To40v40 / LiveLeak]

An angry woman was filmed while she was throwing a tantrum and trashing a department store after she was refused a refund from an item she purchased two months ago.

The raging customer has been seen angrily talking to the store workers near a pile of clothes. But as the discussion became more heated, the woman, who cannot get what she wants, marched across the store and released her anger and frustration on the neatly hanged clothes. 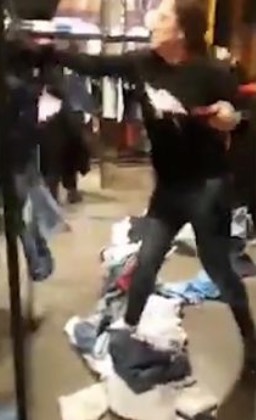 After not getting a refund, she started thrashing the clothes inside the store. [Image Credit: To40v40 / LiveLeak]

The incident between the angry, unsatisfied customer and the store workers believed to take place in Beirut, Lebanon. After she started to hurl the clothes on the floor, the staff can be seen chasing after her and trying to calm her down.

There are dozens of garments that were thrown on the floor as the raging woman relentlessly tears all the clothes from the hanger to the floor. 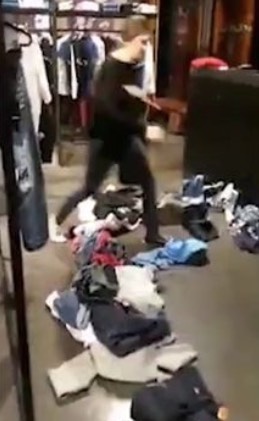 Netizens Are Not Very Happy

The 45-second clip that was entitled “Lebanese woman goes PSYCHO when store refuses to return clothes she bought 2 months ago” when uploaded by LiveLeak user To40v40 enraged a lot of netizens.

Online viewers slammed the woman’s entitlement attitude in the said video. Some of the users claimed that the store should force the woman to pay for the damages.

I hope they restrained her and made her pay for the damage.

Now this is what happens when you forget to bring your pepper spray.

The clips ended with the enraged customer walking away from the chaos she created on the store. It is also unknown whether the store personnel called the police to check the incident.

You may watch the video here:

Instead of throwing a huge tantrum in the shop, what do you think is the best way you should do to ask for a refund, especially since the item is already two months old? Let us know in the comments section below!