A disabled dancer and his partner received the second ‘golden buzzer’ for the new season of Pilipinas Got Talent.

Julius Obrero and Rhea Marquez performed a rather emotional dance on stage that brought tears to everyone’s eyes. While we’ve seen a lot of dance performances not just on the show but on other contests as well, this was among the most touching of all because Julius was wheelchair-bound.

But being on the wheelchair and only able to use his upper body to move around did not prevent Julius from making the best performance that wowed the audience, most especially the judges. 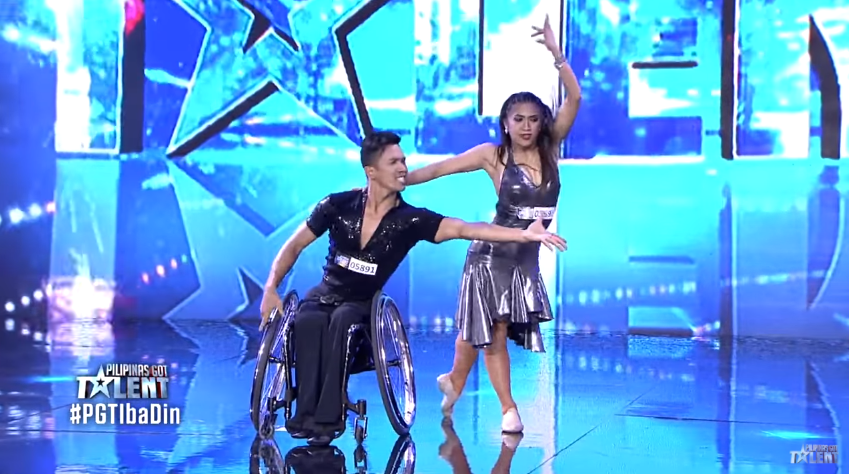 Even ‘Bad Boy’ Robin Padilla could not help but be teary-eyed as he watched the two twirl around the stage. He’s got a tough guy image to maintain but even the toughest guys can feel emotional while watching this performance.

There was no question that the two dancers had rehearsed their performance well and everything was well thought of, including the ‘pirouettes’ that Julius did on his wheelchair. But while Rhea can move around on all her limbs, her performance merely complemented Julius perfectly, earning them plus points from judge Angel Locsin.

As usual, judge Vice Ganda made jokes but was all praises for the performance, saying that he found ‘unconditional talent’ in Julius even if he was not able to find unconditional love in his life.

FMG was also impressed by the performance but as the four judges got ready to take a vote, Angel quickly pushed the golden buzzer! While many expected that the performance would get a golden buzzer, the audience still felt emotional seeing that the buzzer was actually pressed and gold confetti poured on the two dancers. 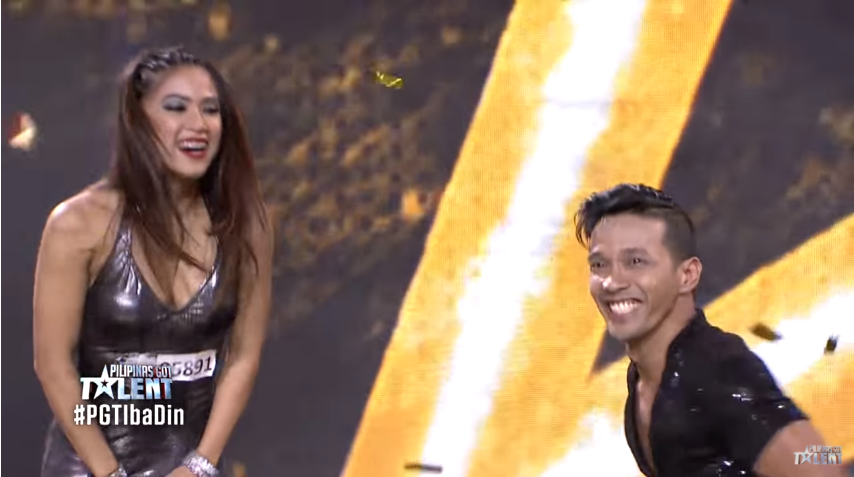 Robin gave Angel a hug before she ran to the stage to congratulate the two graceful dancers who will now go straight to the semi-finals. Congratulations!