This guy from Lyon, France is actually armless since losing his lower right arm about 22 years ago. Still, he does body art through the use of a unique tool – a mechanical prosthetic arm that doubles as a tattoo machine.

To create the awesome arm, JC worked closely with his close friend Jean Louis Gonzales. ‘Gonzal’ is a fellow artist who also works as an engineer. Eventually, the first prototype of the prosthethic arm-slash-tattoo-machine was launched at the Tattoo Motor Show 8, a convention in Devézieux, France.

As you can expect, people were amazed. The arm easily captured the attention of con-goers. 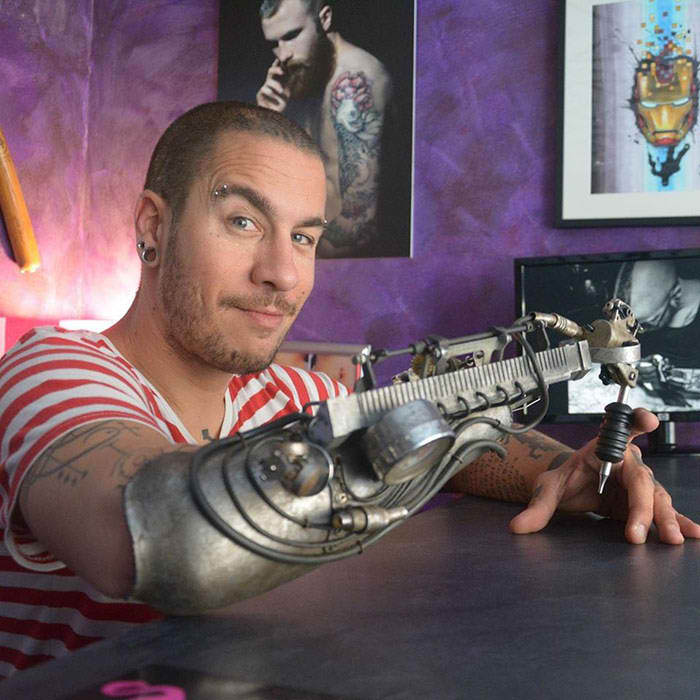 When asked by MotherBoard about how he came up with the awesome project, Gonzal said:

“Tenet wanted to draw tattoos with an arm that he’d never used for that before, and I thought it was a great idea to mechanise a prosthetic. The aim was to fix the tattoo machine to an aesthetic version of his prosthetic arm.” 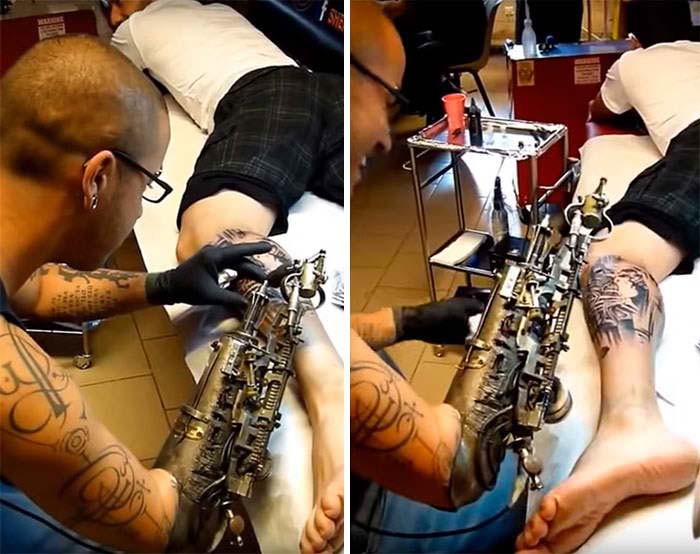 While making the arm, Gonzal made sure that it was both light enough and functional for JC’s work. The exterior design of the machine looked something inspired by robotic, steampunk sensibilities.

“What started out as a sculpture is now something that I can use. [Gonzal and I] understood that we didn’t have to recreate a hand as a prosthetic; we just had to create a tool that is better than a hand.”

For those concerned if the tattoo machine is hygienic, JC assured people on Facebook:

“The needles, griptube, nipple, and rubber are disposable. The tattoo machine and prosthese are cleanable like a normal tattoo machine. Except that it is very long and meticulous… The rusty, worn, and dirty appearance is, of course, fake. It is an artistic choice of painting.”

For more updates from this awesome tattoo artist, go check out his Facebook page.