Shopping is a fun activity for most people. Window-shopping gives people the chance to see new arrivals or check items on sale. Especially if you don’t have enough money to afford the things that you want to buy before shopping, it is a good alternative for shoppers.

Window-shopping helps you feel less stressed and more relaxed. However, what will you do if you meet an alligator while walking down the streets?

An alligator decided to do a little bit of window shopping at a Flagler Beach strip mall while it is on its way from one retention pond to another.

Denise Nichols-Gearhardt is working at a consignment and antique store named “Junque in the Trunk” when she suddenly spotted the alligator outside. She pulled out her phone to record the big visitor. 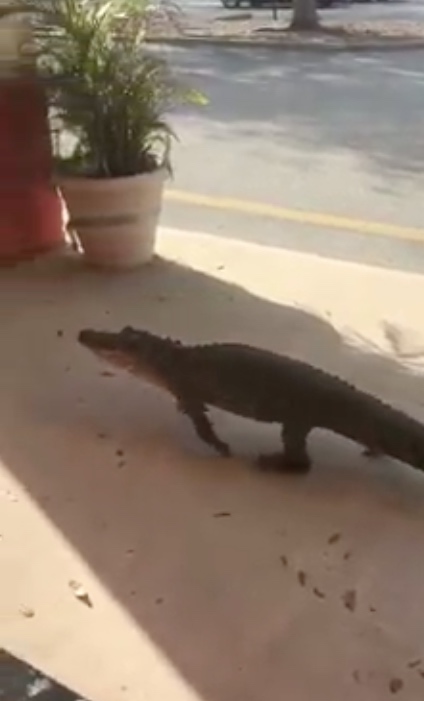 The surprise visitor enjoyed itself while walking around. [Image Credit: Fox 35 WOFL / Facebook]

The company is currently expanding in the strip mall and Nichols-Gearhardt says that she’s showing some customers the space they were moving into. After looking through the glass, she spotted the alligator’s reflection. The plaza has retention ponds on either side and the alligator appeared to be using the sidewalk as a shortcut to move to the other pond.

Since she’s a native Floridian, she said that she knew not to startle it and just to get out of its way. She directed the customers to walk calmly into their cars or go back to the store.

They got into their vehicle and I went into the store. 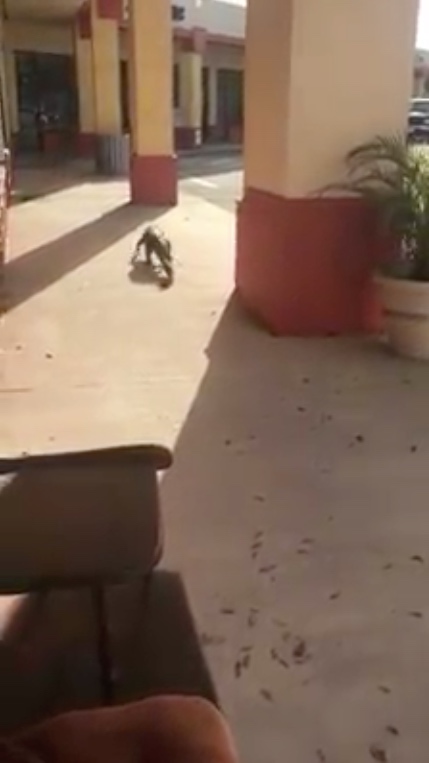 What will you do if you see one? [Image Credit: Fox 35 WOFL / Facebook]

Nichols-Gearhardt started filming the alligator’s journey from one side of the strip mall to the other. She also called the Flagler Beach Police for back-up. They even joked that the gator is trying to take a donut from the shop.

The alligator, seeing the reflection in the door of America’s Donuts tapped his nose against the door… We joke that he was trying to get a donut! 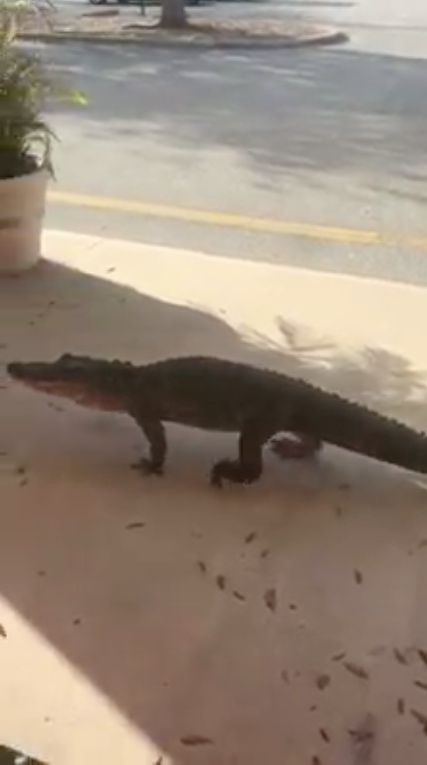 The customers and the alligator are safe. [Image Credit: Fox 35 WOFL / Facebook]

The police also helped keep people away from the gator as it made its way into the next pond. According to them, it is not the first time that alligators have been spotted moving between the ponds. Nichols-Gearhardt also felt lucky to have spotted the reptile before it made its way into her shop.

I had the door to the store open all day … If I wouldn’t have walked outside and saw him he probably would have ended up inside.

Watch the video of the alligator window-shopping here:

What will you do if you see an alligator in front of your shop? Will you be as peaceful as Nichols-Gearhardt or are you going to panic?