Our favorite food paste, the peanut butter, apparently isn’t just a yummy and popular sandwich filling. It can also be used to help detect Alzheimer’s disease at an early stage.

Researchers at the University of Florida found a simple and easy way to detect Alzheimer’s disease. A sniff test using a ruler and peanut butter can be used by doctors to detect the disease. Jennifer Stamps, a graduate student from the university, revealed that people with Alzheimer’s disease lose their sense of smell before they exhibit cognitive decline. 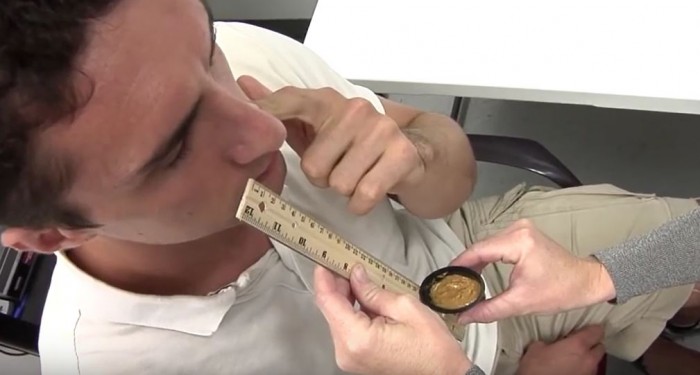 Stamps and her group conducted tests and found out that people with Alzheimer’s disease have a more difficult time in smelling out of their left nostril when compared to their right nostril. Moreover, people developing Dementia also had to have the peanut butter closer to their left nostril in order to have a better smell of it. The first cranial nerve, which is often one of the first things affected in Alzheimer’s, is associated with the sense of smell.

This new method of detecting Alzheimer’s isn’t only cheaper and faster, early detection tools such as the peanut butter sniff test can help doctors treat this disease in advance and help slow down its progression.

What is Alzheimer’s disease?

Alzheimer’s disease is a type of dementia, a condition where there is progressive mental deterioration that can happen in middle or old age because of the brain’s generalized degradation. According to Alzheimer’s Association, this disease can cause problems with memory, thinking and behavior, and its symptoms usually develop slowly and continue to get worse over time.

Alzheimer’s is also the most common form of dementia, which accounts for 60 to 80 per cent of dementia cases. As of this writing, there is no cure for the disease. However, there are treatments for its symptoms that can temporarily slow down the progression of dementia symptoms.