Home
News
News & Culture
After No One Attends His Graduation, Teen Gets to Celebrate with Kindhearted Teacher

After no one attends his graduation, a sad teen gets to celebrate with a kindhearted teacher who also became instrumental in giving him a kickstart to a brighter future…

While most schools canceled year-end activities like graduations, there are also schools that continued with the events though with strict adherence to COVID-19 protocols, such as social distancing and using face masks.

Dominique Moore is a teacher and graduation coordinator at Bessemer City High School in Bessemer City, Alabama. The school decided to hold a graduation ceremony for their students, inviting their parents to attend.

After the event, the students left to celebrate with their families but the teacher saw one standing inside the school, seemingly downtrodden and had no idea what to do next.

“I know his moods and I knew he wasn’t himself. I asked him, ‘Where are your people?’ and he was like, ‘Nobody’s here,’” the teacher narrated.

Thinking that someone would eventually arrive to pick him up, the teacher went on to finish cleaning up after the festivities. He was surprised to find the student still in the school after he was done with his work. 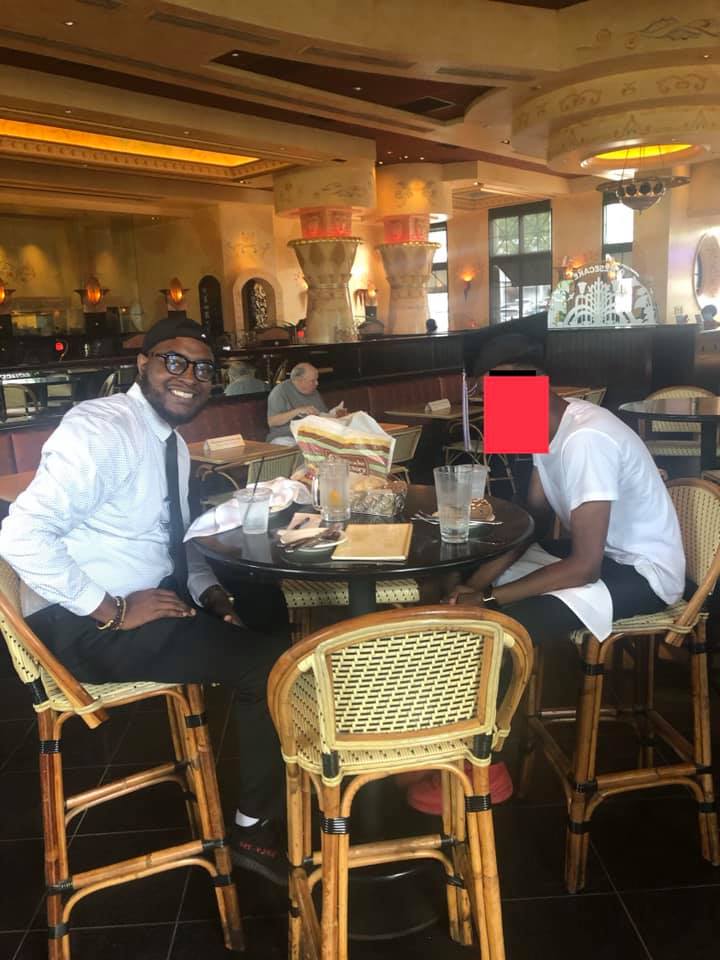 Not knowing what to say at first but thinking he could try to brighten up the graduate’s day, Moore told him, “I expect big things from you and it’s going to be OK.”

Without asking for the details of why he was alone and didn’t even had a ride home, Moore offered to celebrate with the student.

“Man, I couldn’t imagine graduating high school and my folks not being there. I didn’t care. At that moment, I just wanted to celebrate him. It was an amazing time,” the teacher added.

He brought the high school graduate to The Cheesecake Factory where they enjoyed a meal. At first, both felt the weight of the moment and had tears welling up, but they would soon enjoy a jovial time as they celebrated the teen’s graduation.

Moore was happy to announce later on that the teen found a job at Amazon just some hours after graduation! But because of transportation problems, Moore than to fetch him at home and bring him to his workplace.

Thinking he could help the kid more, the teacher opened up about the encounter to seek help from kind netizens – and many readily sent money to help this young man. Just days later, the fundraiser reached over $5,000.

Moore helped the student open a current account and is guiding him on the financial choices he needs to make, particularly with the donated money. He hopes that the teen could buy a car that he could use for work and that this student would have a better, brighter future despite the circumstances he is in.

How Much is a Used Car?

Obviously, there are many factors that affect the price of a vehicle, including used cars. Typically, you can expect the vehicle to be much cheaper than a brand new vehicle.

“Auto experts say the lowest price for a reliable used car is about $2,500. But they’re quick to note that every additional $1,000 in your budget will allow you to get a newer car that’s been driven fewer miles,” reports Nerd Wallet.