Some days ago, a child died in the Philippines while swimming in the river after his friends dared him to jump in even if he did not know how to swim.

WATCH: 12-year-old Boy Drowns After Friends Pressure Him to Jump into River

Considering that there are plenty of rivers, lakes, seas, and other water bodies in the Philippines that are easily accessible to kids (many do not know how to swim!), it is difficult to keep these young ones away from the waters unless their parents or guardians are watching 24/7.

For this reason, a young man named Tonzkie Basa took it upon himself to volunteer as lifeguard to keep the kids from swimming in a deep, dangerous river flowing through Brgy. New Kababae and nearby villages in Olongapo, Philippines.

He is not being paid to guard that river yet he keeps his watch, with a lifesaver at a ready and already tied by a rope around his waist to allow him to quickly jump in the river in case someone needs help. 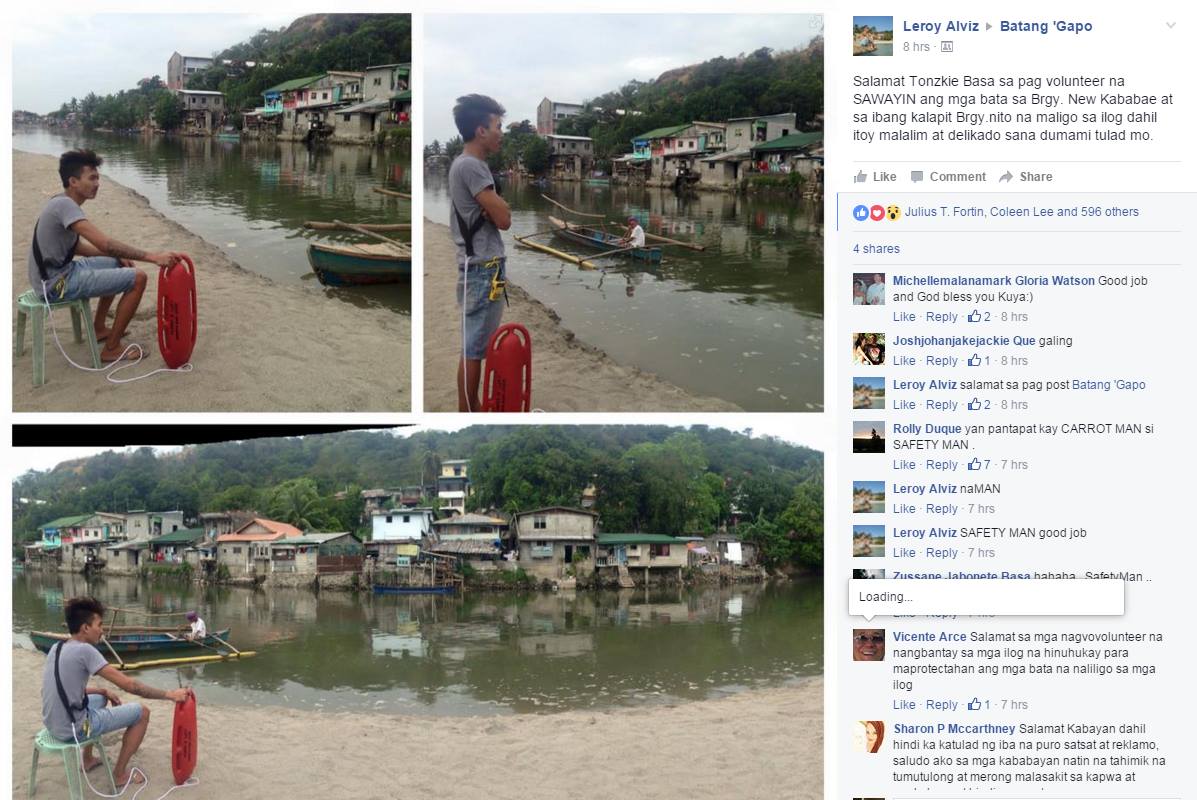 While it is true that the government should do something about the dangerous situations involving kids who don’t know how to swim and the water bodies in the country, we could not just rely on our officials because we know that it would take a lot of bureaucratic red tape and weeks (even months or years!) of plenary sessions before something could actually be done.

Thus, we are grateful for citizens like Tonzkie who take matters in their own hands and make the rivers safer for these kids.

Kudos, Tonzkie! We need more people like you! We are also hoping that no more lives will be lost in similar incidents and that kids across the Philippines will be taught how to swim since the country is, after all, filled with various water bodies.

Water Bodies in the Philippines

As an archipelago, a huge part of the Philippines is surrounded by water bodies like seas and oceans but within the 7,100+ islands are rivers (including underground rivers!), lakes, waterfalls, springs, and so much more.

The eastern coast of the Philippines is hugged by the Pacific Ocean while the western part is facing the South China Sea (unofficially renamed by Filipinos as West Philippine Sea). The southern portion is bordered by Celebes Sea while the northernmost part is hugged by the Babuyan Channel.