An adorable cat recently went viral after it was seen being protective of its snack, holding it tightly in its arms and refusing to let go of the delicious treat. We assumed it was delicious, of course, since the cat refuses to let it go! LOL

Cats aren’t always affectionate, but many of them were shown to have become possessive of a toy or even a human being, who doesn’t exactly have to be their owner or fur parent.

Take for example this cheeky cat in the video uploaded on TikTok by user @kimsyaf20.

A cat figured in this video, being carried by a young lady. 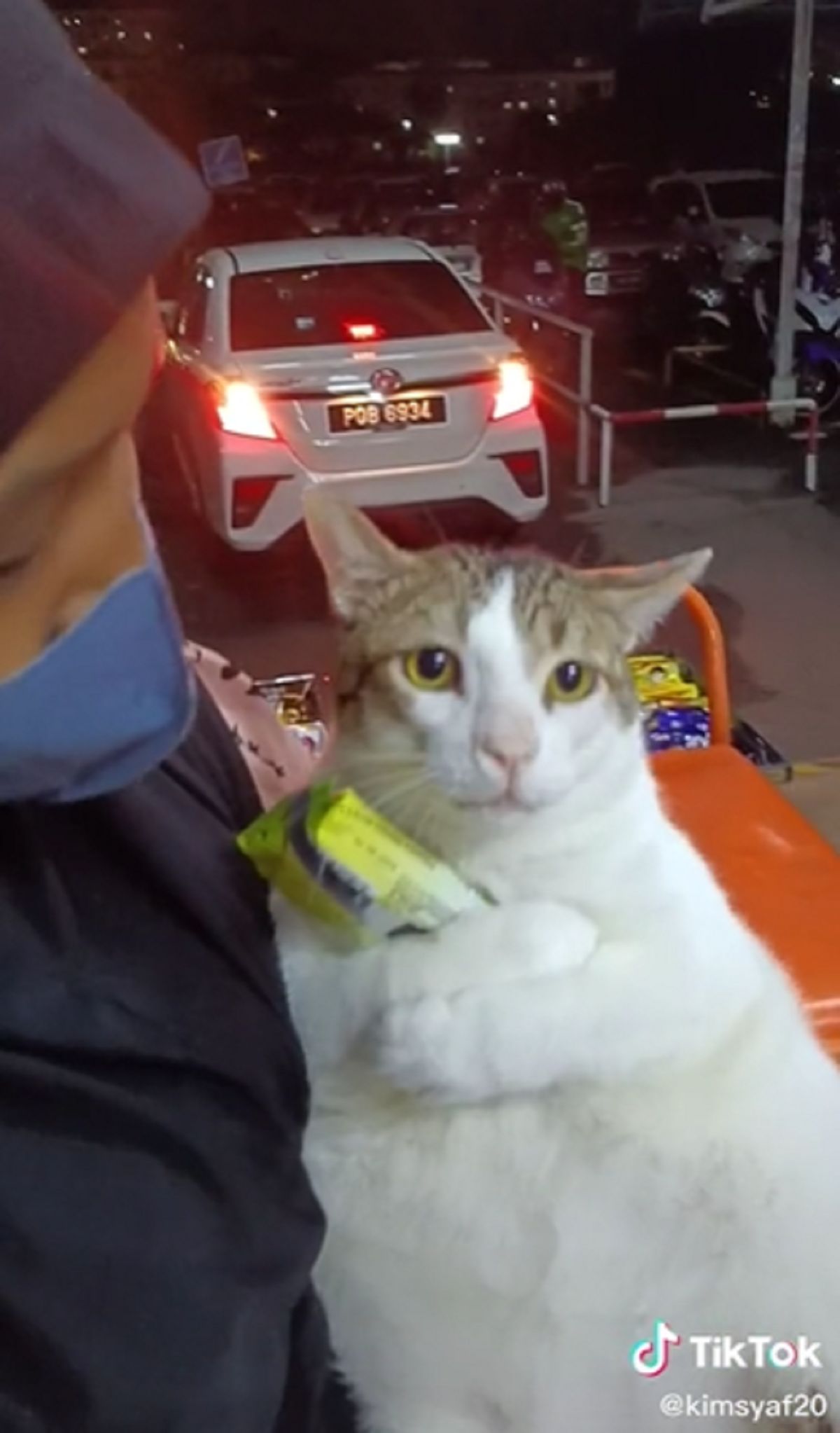 The cat can be seen hugging a snack item, which was identified as an Apollo pandan-flavored layer cake.

Being held by the woman like a baby, the adorable cat hugs the snack item as if it understood that inside this plastic packaging is its favorite snack.

When someone tries to get the snack pack away from the kitty, it would hiss and even appears to grumble in disagreement over this audacious human’s attempts to steal the food. 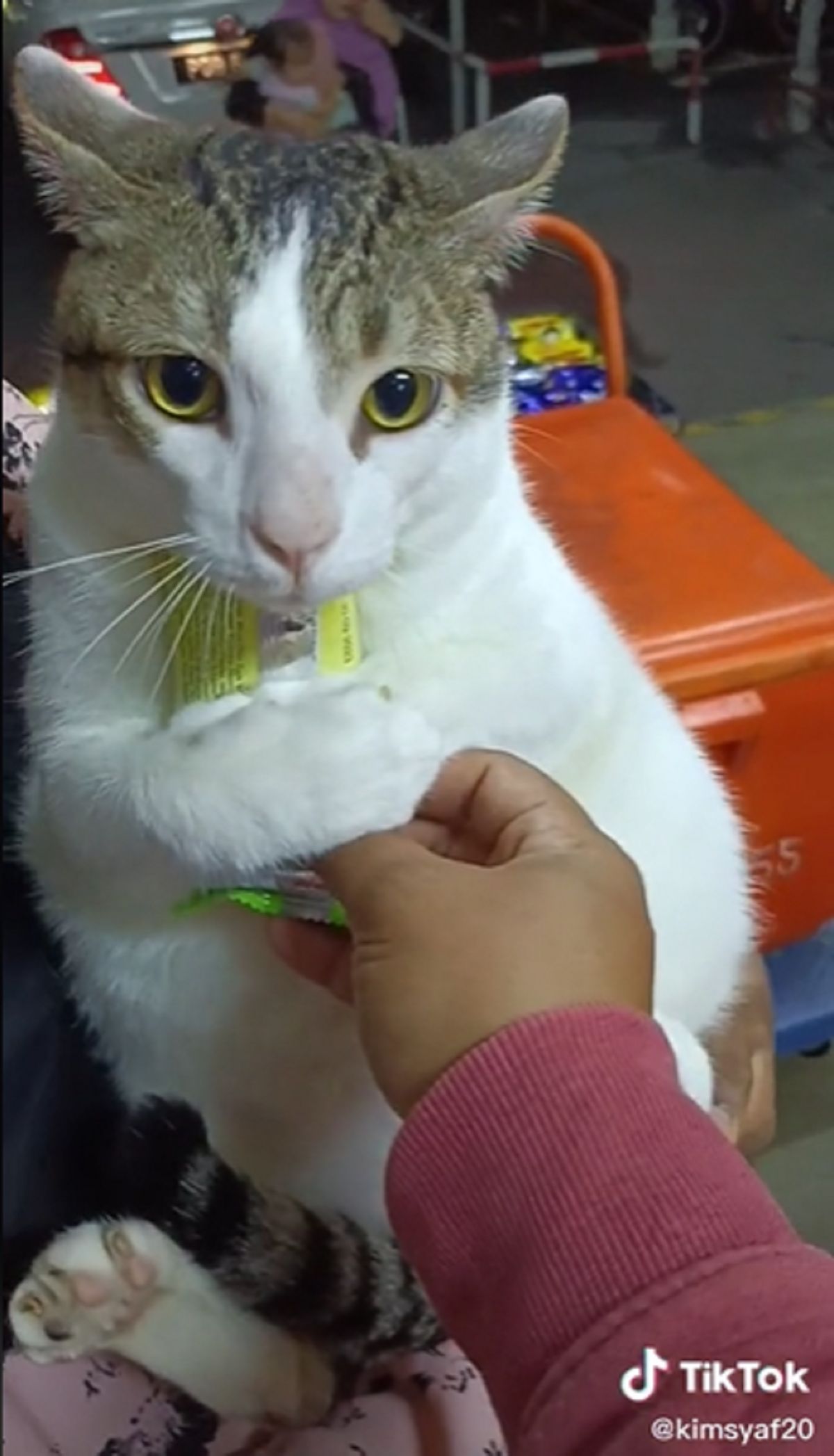 And when this other person, face not shown on camera, was able to actually succeed in taking the snack item, the adorable cat hugged its human as if to seek comfort like a child. Isn’t that cute?

When it got the snack back, the cat quickly grabs it and holds on tightly. But it was too serious and refused to look at the other person – until it was given a second snack pack! LOL. Cheeky cat, indeed! 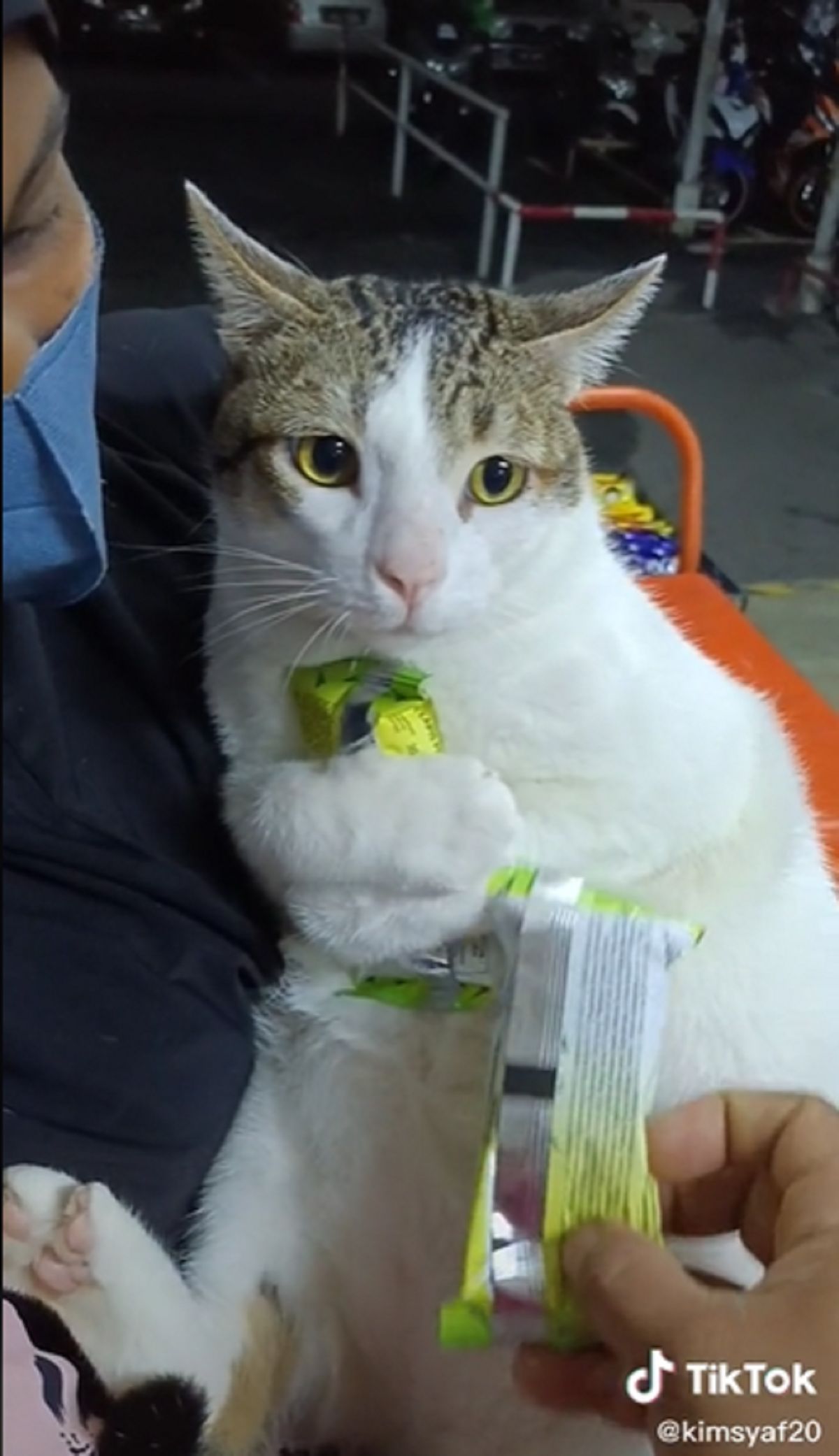 Although some netizens were worried that repeatedly teasing the cat in this manner might make it aggressive, others found the interaction adorable. Plus, even if it seemed a bit annoyed and worried, the cat appears to be gentle.

Yes. They are often independent creatures but they appear to recognize their owners and can become extremely possessive of their humans.