There’s a hilarious video of cats reacting to a new filter – but while everyone thought it was funny, netizens could not help but notice and express amazement over the cats’ intelligent moves!

In most places around the world, there are more dogs than cats as household pets. Those who love cats claim these felines are better because they are actually low maintenance and you don’t have to do a lot to make them happy. 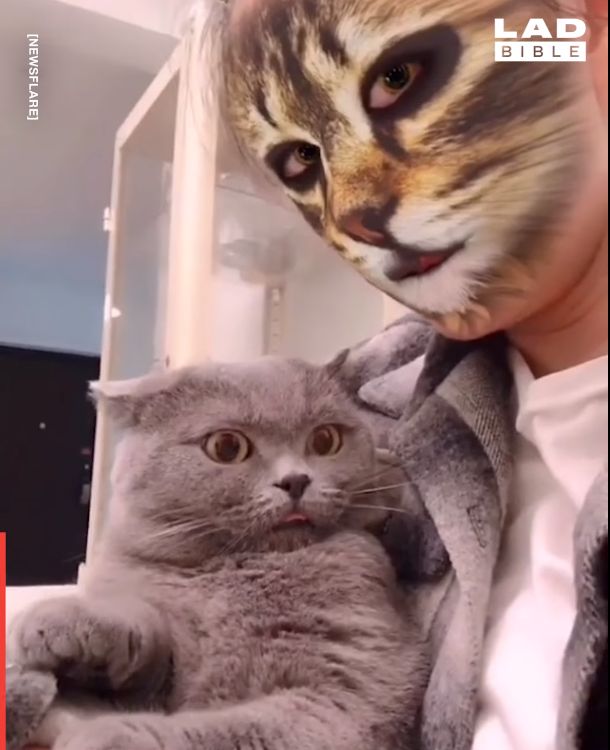 After all, you don’t have to walk the cat, bathe them, or do much to keep them entertained. In fact, most cats are content just sleeping around the house the entire day. But while it might seem that cats are dumb, a lot of research studies have shown that they actually aren’t.

Cats are actually intelligent! But they’re just too indifferent, most of the time. 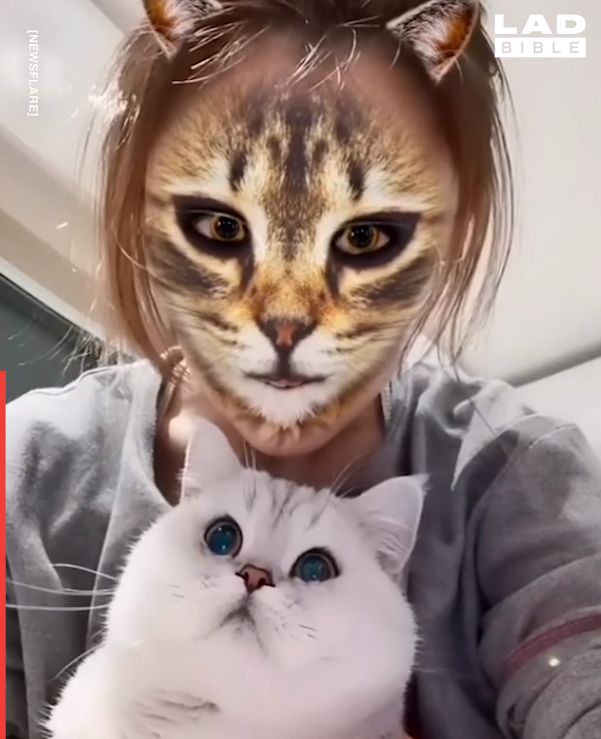 The video shared by LAD Bible, several pet owners could be seen cuddling with their cats while taking the videos. All cats behaved in the same manner after their humans turned on the cat filter. Their eyes actually widen in apparent disbelief – and each one turned around to watch their human’s face! 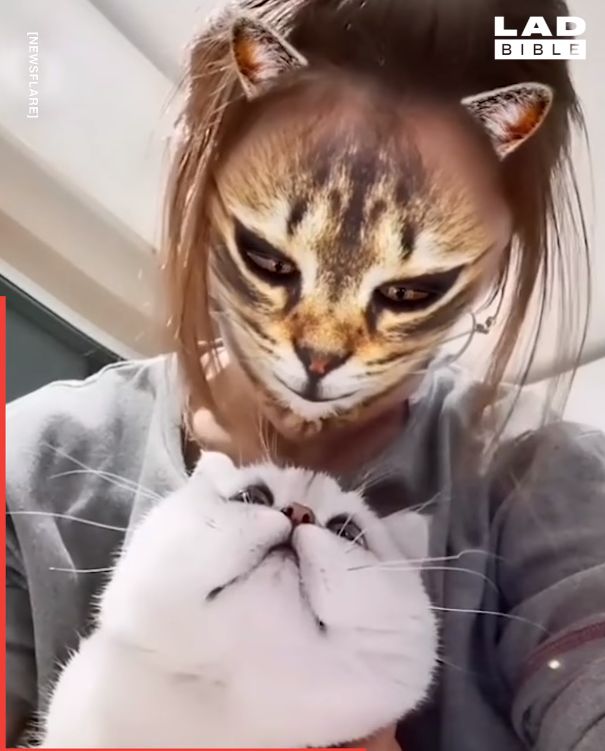 In these separate videos in the compilation, it was clear that the cats were actually aware where exactly their real owners are located and that they are watching a video/recording on the screen! Each cat was shocked to see that their humans became cats on the screen and tried to check (and look really, really hard) to see whether this is actually happening to their human in real life. Isn’t that impressive?

“I’m truly amazed at how the cats seem to recognize themselves and their owners in the camera enough to then look back and up at their owner away from the screen. Wouldn’t have thought they’d see much in the screen, does this mean they can see more than we’ve all thought?” one netizen commented. 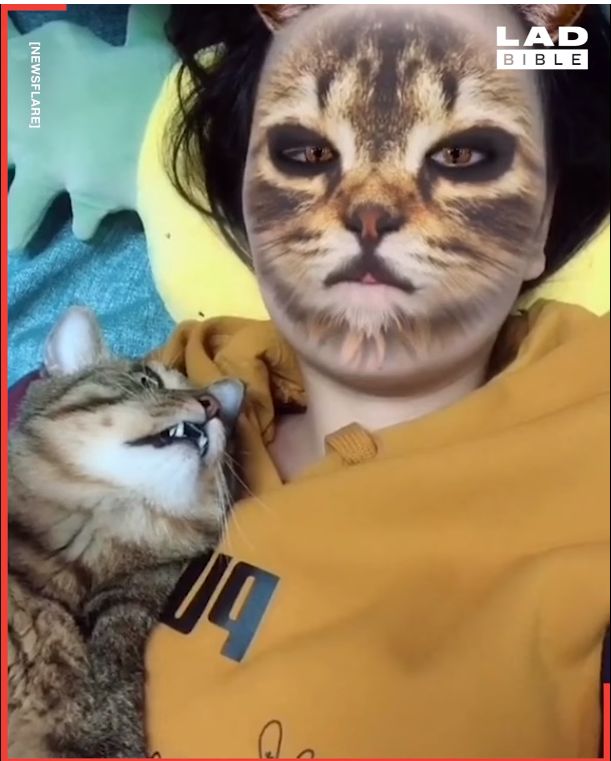 “Not all animals are smart enough to recognize their own reflections. The cats that look at the camera, and back at their human are VERY smart,” another added.

Dogs Versus Cats as Pets

Because dogs are generally more affectionate and ‘more fun’ than cats, a lot of people prefer to have dogs as pets. In many pet blogs, it is advised that you get a dog if you prefer a pet that will keep you company because more often than not, cats simply get bored more easily than dogs and would likely ‘escape’ from their owners for a while.