Here’s a proof that despite all the negativity out there, fantastic things are still happening in the world today. In a news report recently posted by Gizmodo, we learn that the Antartic ozone hole is “finally starting to heal.”

This, of course, is the result of an international treaty banning the use of chloroflourocarbons (CFC) which was first implemented about 30 years ago.Experts believe that by mid or late century, the ozone should be fully recovered.

“This is a reminder that when the world gets together, we really can solve environmental problems.

“I think we should all congratulate ourselves on a job well done.” 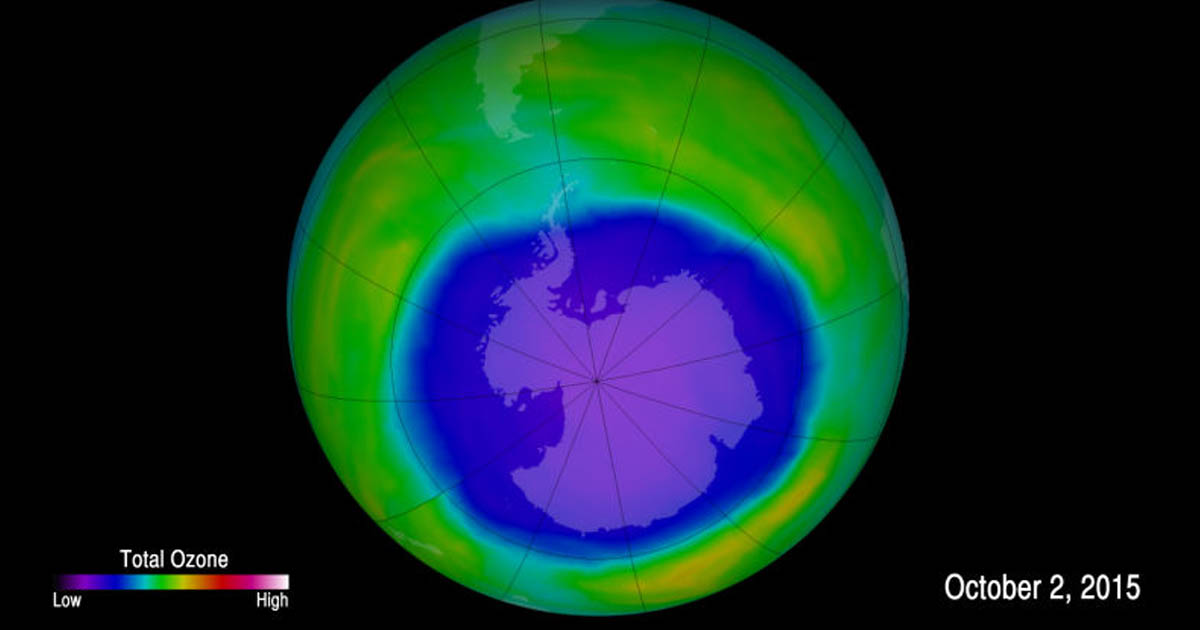 In 1987, the Montreal Protocol began implementing the ban the use of chlorinated compounds in refrigerator coolants and aerosols. This was after scientists discovered that the chemicals were extremely harmful to the ozone layer.

Researchers have since been monitoring the hole and according to the Gizmodo blog post, it “opens each year in late August or early September and reaches its full size by October, since the 1980s.”

“This is the emergence of a trend.

“It’s important because I think a lot of people feel that environmental stories always have bad endings. In this case, the recovery will happen, but it’ll take time.”

What Is The Ozone?

“Ozone is a colorless gas,” the OzoneWatch website tells us. “Chemically, ozone is very active; it reacts readily with a great many other substances. Near the Earth’s surface, those reactions cause rubber to crack, hurt plant life, and damage people’s lung tissues. But ozone also absorbs harmful components of sunlight, known as “ultraviolet B”, or “UV-B”. High above the surface, above even the weather systems, a tenuous layer of ozone gas absorbs UV-B, protecting living things below.”