They have been married for 46 years but although they were both healthy and had ample money since they own a farm outside Amritsar, India, Mohinder Singh Gill and Daljinder Kaur were not blessed with children.

In India, being infertile is often seen as a curse; thus, most of their life, the couple felt the stigma brought by their condition – but they never lost hope that one day, they would also be blessed with a child of their own.

Daljinder claims that she’s 70 years old (she doesn’t hold a birth certificate) but the clinic lists her age as 72. Even at her old age, Daljinder was able to conceive via IVF treatment; though the child was born just 4.4 lbs (around 2 kg) last April 19, 2016.

Still, who would have thought that Daljinder would still conceive (even with IVF treatment) and bring the baby to life at her age?

The Indian woman claims that now that they have a child, she and her husband feel much younger and more energetic. Mohinder even helps take care of the baby as much as he could even though he also has farm duties to attend to. 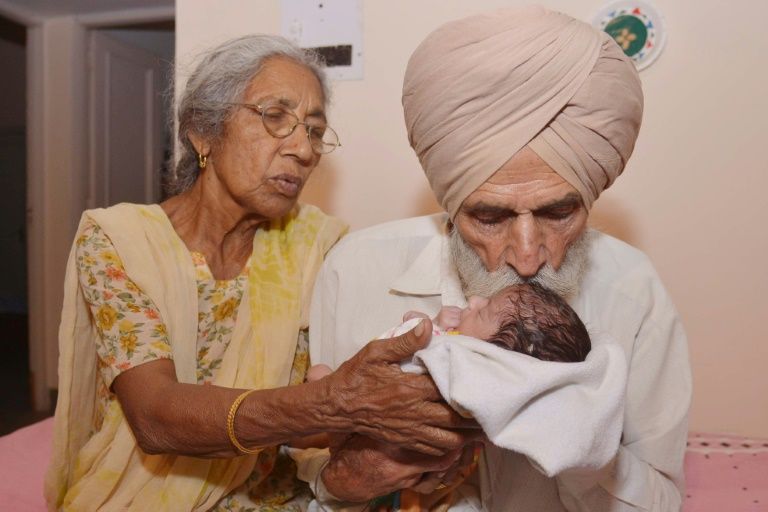 According to Daljinder, they finally feel that their lives are complete. But while they had been laughed at for not having children, people are now bashing the couple for having a baby at such an old age.

Many believe that the child will have a difficult time growing up, especially when the couple will pass away, but Mohinder remains optimistic that everything will be alright for them and their child.

He said, “People say what will happen to the child once we die. But I have full faith in God. God is omnipotent and omnipresent, he will take care of everything.”

As for the doctor who agreed to the IVF procedure, some people are also frowning at what he has done yet Anurag Bishnoi said that while he was, indeed, skeptical at first when the couple approached him two years ago for the treatment.

He revealed, “I first tried to avoid the case because she looked very frail. Then we made her undergo all the tests and once all the results were okay we went ahead.”