Since they are both fans of art, Jessica Rodriguez had the fantastic idea of proposing to Chelsea Miller, her girlfriend, in an art gallery. A photo was taken of the romantic proposal but when it got uploaded online, it was a stranger’s reaction that won the attention of netizens worldwide.

Jessica and Chelsea have been dating for four years, according to Mirror. The proposal was made in public and friends helped by holding a big “Will You Marry Me?” banner in the background. The proposal took place at the Art Institute of Chicago. 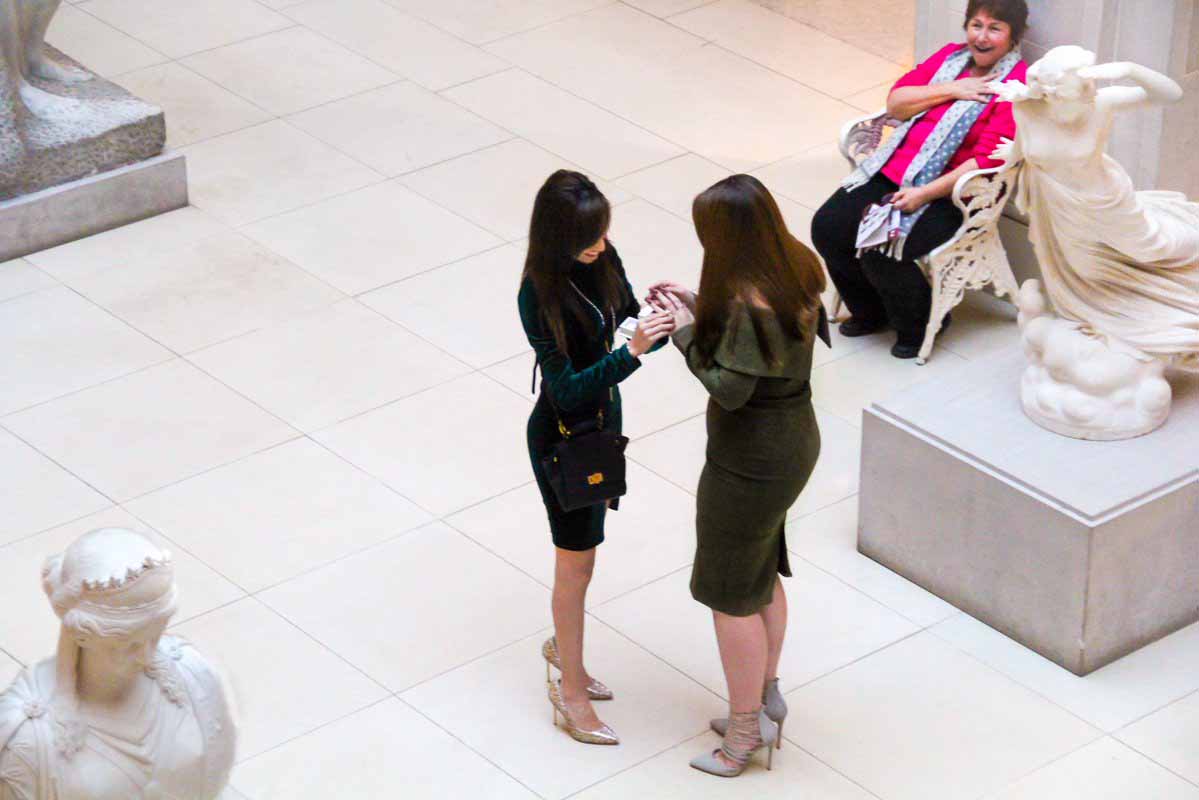 Carlos, Jessica’s brother, posted a photo on Twitter and wrote:

“My sister proposed to her GF today and look at that older woman’s reaction.” 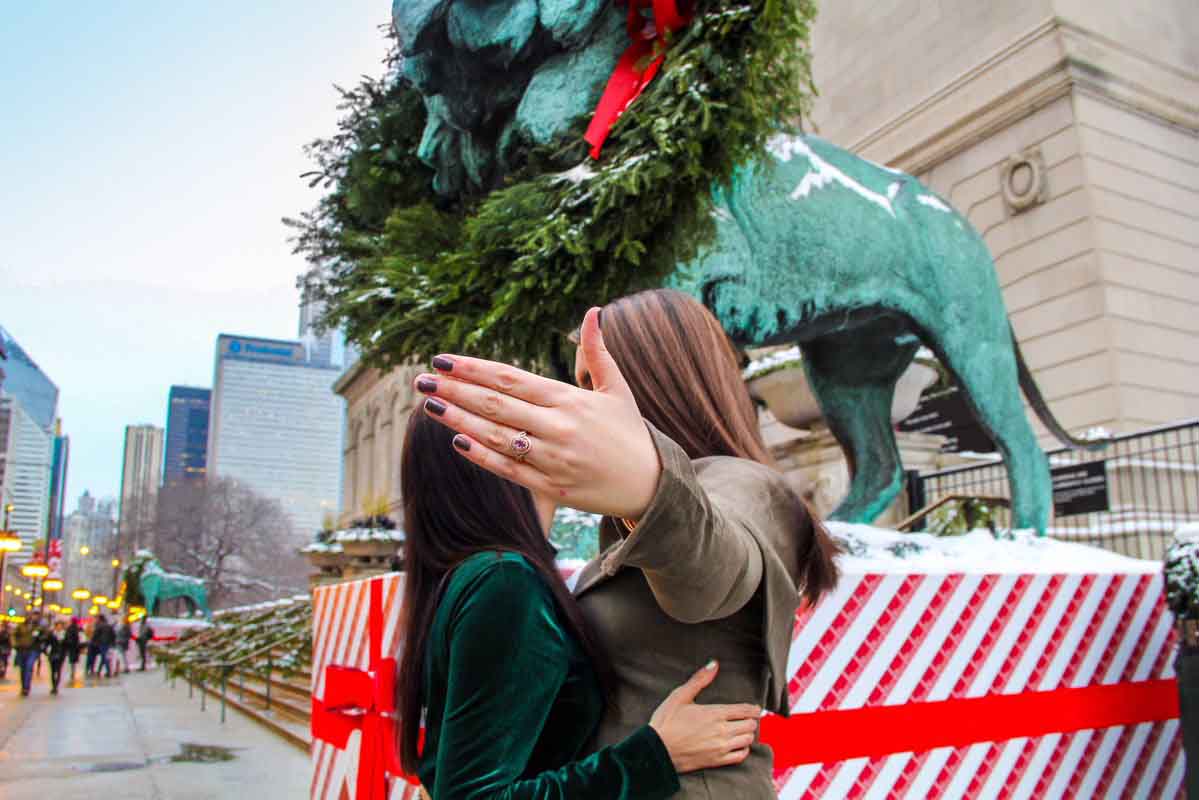 In an interview with The Independent, he explained the story behind the engagement and the epic photobomber. He said:

“Jessica tricked Chelsea into thinking she was going for an art event to support a friend.

“They both love art and it was always a thing that brought them together so Jessica thought it was the perfect place to propose.

“I thought the sweet woman’s reaction was beautiful.

“Being part of the LGBT community, you don’t always get acceptance from every person, so it’s amazing to see such a heartwarming response from a bystander.”

“I don’t think we realized she was there.

“We were so nervous.

“We were going over the photos my friend Ed Sanchez took [and] we discovered that gem with her sweet reaction.

“It really made that photo even more special.”

According to an article by the HuffingtonPost, the letters LGBT stand for “lesbian, gay, bisexual, and transgender.” They also stand for “love, grace, beauty, and truth.”