Proving that one should never let age (and also being in jail!) get in the way of fulfilling their dreams and aspirations, a 63-year-old inmate completed his elementary education while incarcerated at the Metro Bacolod District Jail in Bacolod, Negros Occidental in Central Philippines.

Before he was imprisoned, the inmate identified only as “Rod” who was a native of Barangay Culipapa in Negros Occidental had only finished third grade.

Thanks to the Alternative Learning System (ALS) of the Department of Education (DepEd) being offered in jail, Rod and several other inmates were able to finish their studies. He was the only one who competed elementary out of the 19 graduates who marched on the stage in the 5th Completion Exercise held at the jail last Monday while the rest graduated from high school. 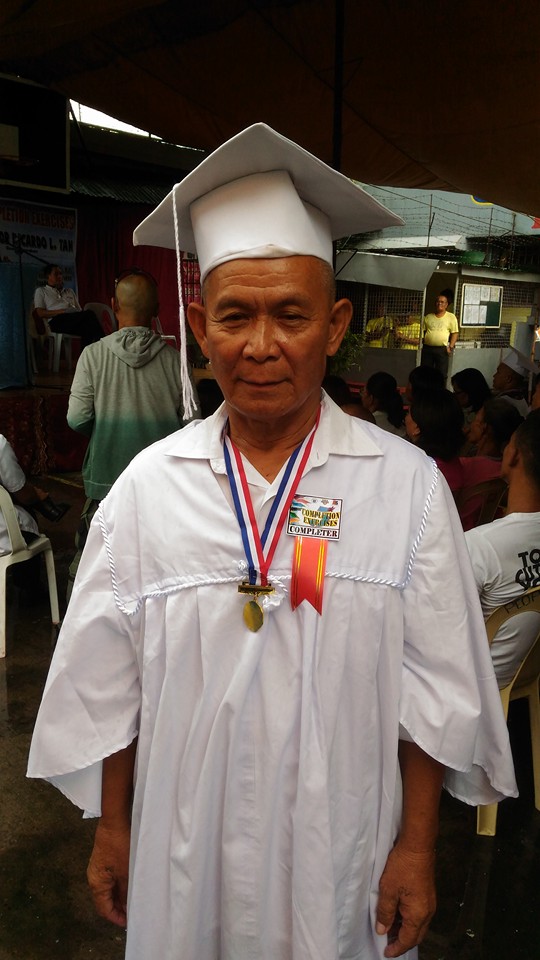 And now that he has graduated from elementary, Rod is wasting no time in moving up for he has already signed up for the high school program!

Metro Bacolod District Jail warden, J/CINSP Jonairy Sitchon revealed that the jail and many others in the bureau offer ALS in partnership with DepEd to help inmates finish their studies even if they are incarcerated.

This program is also a good option for the inmates to have some form of activity to pass time while they are staying in jail – which could be from just a few months to several years!

For inmates interested in the program, they have to sign up to the level and attend classes. They are also required to take the necessary tests so that they may be qualified to move up to the next level and eventually graduate from elementary or high school.

ALS or Alternative Learning System (ALS) is a program of the Department of Education (DepEd) offered for those who have no access to formal education. This parallel study program is a practical option for students to still finish their studies despite not being able to go to a formal school.