A 4-month-old baby dies a horrific death after he was accidentally dropped by his grandmother when she lost her balance on top of an escalator inside a mall in Shanghai, China. The poor kid dropped some 30 feet down – and his elder sister almost fell, too!

CCTV footage of the accident shows the heartbreaking moment that the grandmother stepped on the escalator but her legs buckled when she lost her balance. In an attempt to steady herself, the old lady lost her grip on the boy who was thrown over the side of the escalator, dropping below.

The child’s mother, horrified at the accident, tried to save her baby by running forward to help the old lady but it was too late. In the process, the mother had let go of the other child who also stumbled forward and nearly fell herself down the moving escalator! 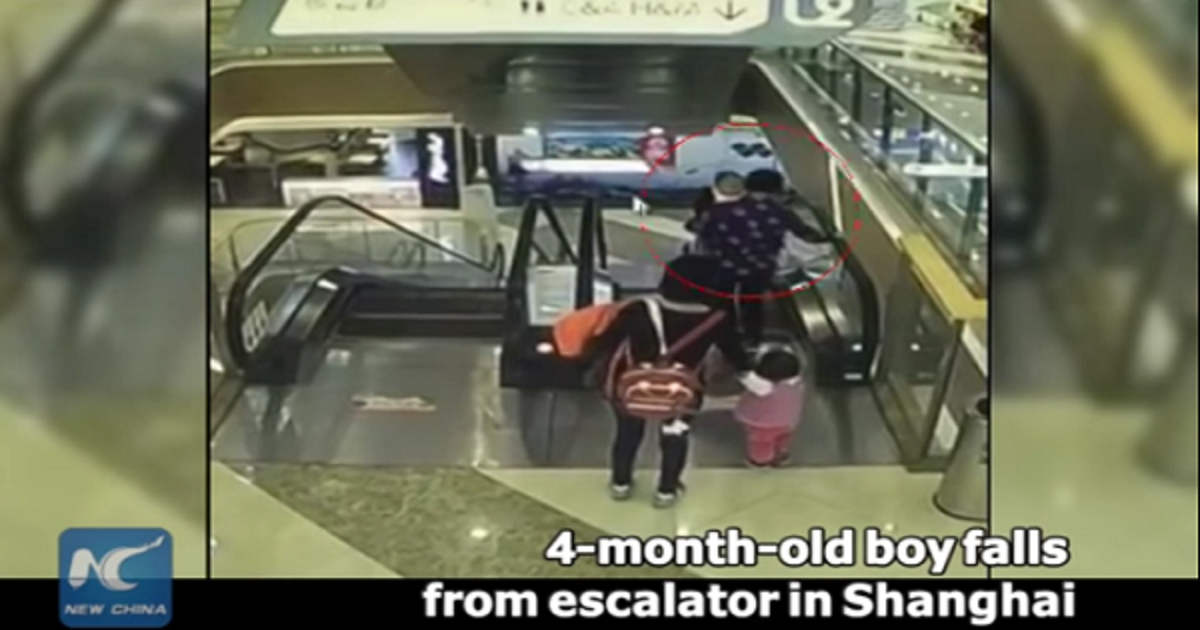 It nearly became a double tragedy for this family who was just out, enjoying a fun day at the mall. According to reports, this tragic accident happened on the third floor of Wu Yue plaza department store in the Qingpu district of Shanghai.

How to Prevent Similar Accidents from Happening?

The devastating footage shows that parents, grandparents, babysitters/nannies, or anyone handling babies, especially small ones, should always be extra careful. It would also be better to put the babies in special baby carriers especially when you have to walk about and up or down stairs/escalators and other potentially dangerous areas where you could lose your footing or balance.

While some commenters on the news report said that it would be best to put nets beside escalators to prevent similar incidents from happening, such would be too impractical to do in ALL escalators around the world.

The best thing to do, really, is for parents and sitters to do the safety precautions themselves.