Firefighting is a serious job – and very dangerous, too! Yet 11-year-old boy Ricardo “Banny” Cruz does not mind the risks involved because he just loves to serve the country no matter how simple his contribution might be – and being a fire volunteer is the best way he could think of!

He wasn’t always a firefighter, of course, but he admired these guys even at a very young age. As the 10th child in a brood of 11, Banny has had a difficult life especially because his father died last year and his mother had to work two jobs: as a laundrywoman and as a tricycle driver.

Some of Banny’s elder siblings already have jobs – one of these was as a night watchman. Because no one could watch over Banny, this night watchman had to bring him to work. Such is risky but the family did not have a choice.

It was during these times that Banny met the volunteer firemen of Pasig City, Philippines. The group comprised of civic-minded Pasigueños led by Arnold de Lima was formed in the early 2000s. They had encountered Banny a number of times and the boy would always shout out for them to let him join the group.

After meeting the boy several times, they finally decided to let him come since they realized that he seemed serious about going with them to respond to a fire alarm. With his mother Lori’s permission, the fire volunteers took him in as their youngest volunteer. 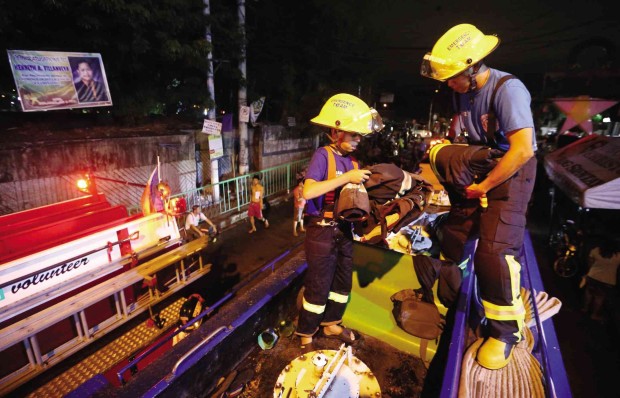 Although Banny is not receiving a salary for being a fire volunteer and helping out at the station, the other volunteers are providing for his basic needs – something that is already a big help for him and his poverty-stricken family.

The boy had long stopped going to school but the fire volunteers have since convinced him to go back to school this June. They have also helped him take basic computer studies in a local government-sponsored program.

Since he is still a minor, he’s not doing actual firefighting at the field but he still accompanies the fire volunteers when they are responding to a fire alarm. He stays on top of the fire truck, looking after the firemen’s gear and equipment.

Banny also has his own call sign: Armada Junior!

As the name implies, fire volunteers are volunteer firefighters who are not paid any salary yet they still work hard when responding to a fire alarm. Often, fire volunteers form their own group not to compete with the local fire departments but to act as backup and additional help in times of trouble.

Many fire volunteer groups even raise funds to have their own firefighting uniforms and equipment to fully backup the ones offered by the local government-funded fire departments.