She might be 94 years old but Loraine Maurer has no plans to retire anytime soon, saying she does not actually see herself quitting in something that she loves to do.

“If you don’t like your job, it’s a job, but I love it. The people, the clientele, that’s why I stuck with it,” Maurer told People.

The management of the McDonald’s branch she is working at in Evansville, Indiana threw her an anniversary bash to celebrate her 44th year with the company! 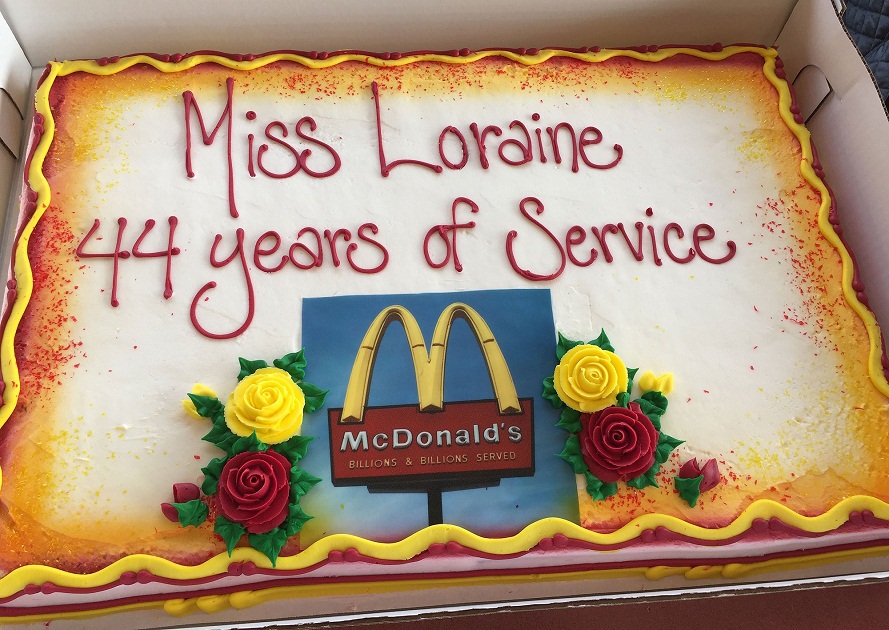 The owners Chip and Katie Kenworthy said, “After all these years, she remains committed to serving her customers with one of the most delightful smiles around. Loraine has a loyal following of customers and they look forward to having her take their orders when visiting McDonald’s.”

Indeed, Maurer is happy to work at McDonald’s and actually has a lot of loyal customers who have become her friends over the years. Many of them not only prefer that she be the one to serve them, she also knows their stories and has even spent time with them outside the fastfood chain.

Now, there’s also a tidbit of information that might shock you a bit.

Everyone believes that constantly eating fastfood can shorten your life as such could lead to a number of medical problems but the 94-year-old Maurer has been eating McDonald’s food for 44 years as she always eats that during her shift and even receives delivery every time she is absent or on her day off! 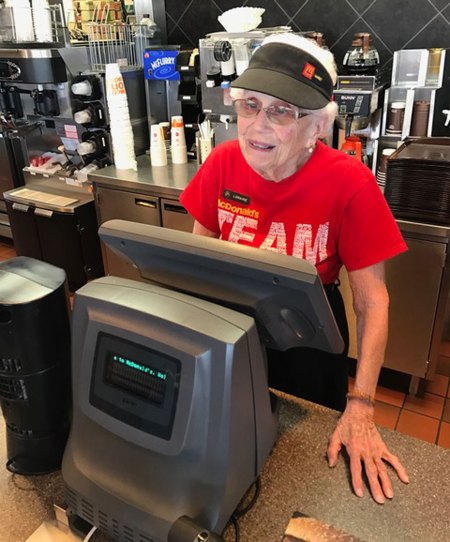 So, does that mean it’s actually the food that keeps her at McDonald’s? Well, not really.

The cheerful old lady said, “My customers make my life. I have traveled with them, gone to ball games with them. They’re friends, not just customers.”

Fastfood is the term used for food that only takes a few minutes to prepare or already readily available to serve to customers. McDonald’s is the #1 fastfood chain in the world.