With people in lockdown, wild animals can be seen roaming the city streets – and that’s’ a wonderful sight!

In many places across the world, cities and towns have become deserted as people are forced to stay inside for the lockdown to prevent the spread of COVID-19. But while people have been restricted, this has done the Earth a lot of good. 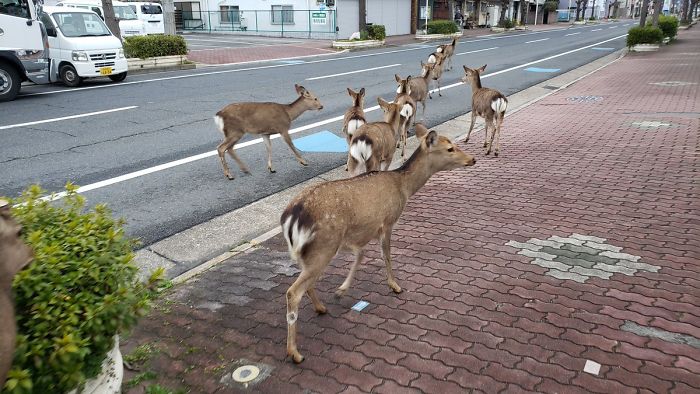 From the Park to the Streets

Aside from smog clearing from the air and waters turning clean once again, many cities have seen a rare sight: wild animals roaming the city! It seems that nature is reclaiming the Earth, with animals freely walking in city streets that were once full of busy people and fast cars.

At the Nara Park, a popular tourist attraction in Japan, there were no more tourists visiting and feeding the deer. Living inside the 1,240-acre park, the deer rarely go out as they are spooked by the sound of fast cars in the busy streets. They remain inside the park where it is quiet and safe.

Less tourists in Nara = less people feeding the deer in the parks 🌷🌱 Now they're venturing out into the city eating flowers and plants, per Fuji TV #coronavirus#新型コロナウイルス の影響で海外観光客の減少が続く奈良公園で、鹿せんべいをもらえなくなってしまったシカちゃん達 😢 pic.twitter.com/yUFWJ4S9sj

But as humans stayed at home, the curious deer were free to explore the city. Some have already ventured out of the park and were seen eating potted plants from the once busy streets. Perhaps the deer were on a tour and wondering what these exotic greens might be growing from the pots. 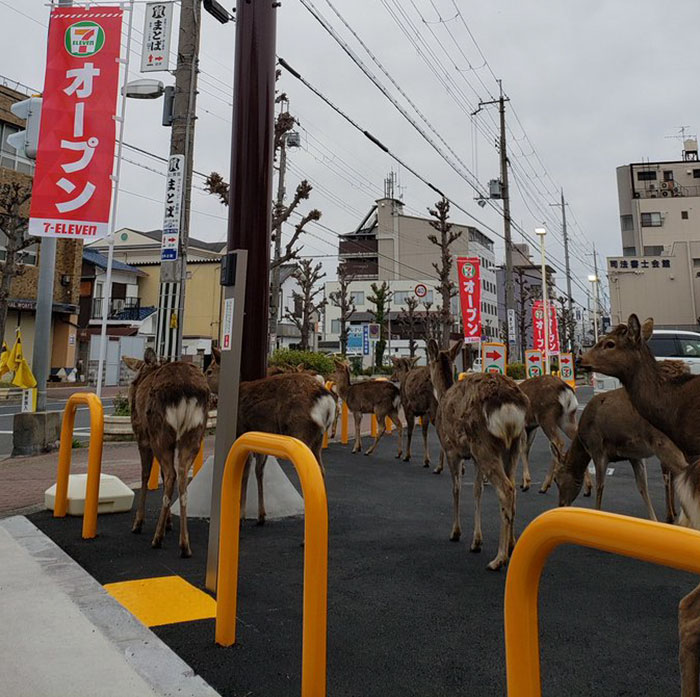 Experts warn that can be risky for the animals who should be brought back to the park as they could be hit by cars, but so few humans going out of their homes, there really are no cars to hit them now.

In many places in the US, the same thing is happening. A netizen shared a video of wild turkeys roaming the playground at the elementary school just next to her house.

Spotted on the playground at the elementary school next door, which has been closed for several days … wild turkeys! That’s a first. #coronavirus #westoakland pic.twitter.com/tGA4y1l09c

Others reported seeing more raccoons and even some wild boars in the neighborhood. Even the monkeys are dominating the streets in Thailand. With humans staying longer indoors, many people think that we’ll be seeing more wild animals in the streets in the coming weeks.

As their name suggests, wildlife or wild animals are those that live in the wild and were not domesticated. That means they don’t live in the farm or inside human homes. Most of the time, these wild animals are afraid of people and would rather live hidden in the forest instead of living close to human communities.