Two women who were just having fun at the giant swing at the edge of a 6,300-ft cliff plunged down in a freak accident that was caught on video. Their fun-filled moments turned to horror as they fell off the cliff. Could they survive that fall?

Tourists Fell Off Giant Swing Down the Cliff

In a video shared on Twitter by user Uncle Random (@Random_Uncle_UK), two women could be seen riding a giant swing set up close to the edge of a cliff at the Sulak Canyon in Dagestan, Russia. 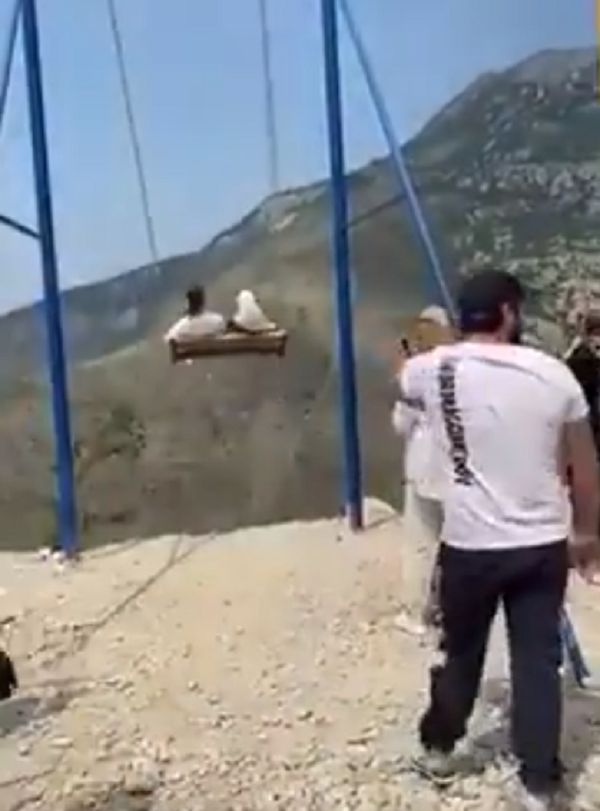 This must have been a popular tourist spot in the area – and the women didn’t appear scared about what they were about to do at that cliffside swing.

They didn’t even look like they were holding the chains of the swing. There were also no harnesses or seat belts to hold the women in place.

In the video, a man could be seen pulling and pushing the giant swing as the women screamed with thrill. It was fun! 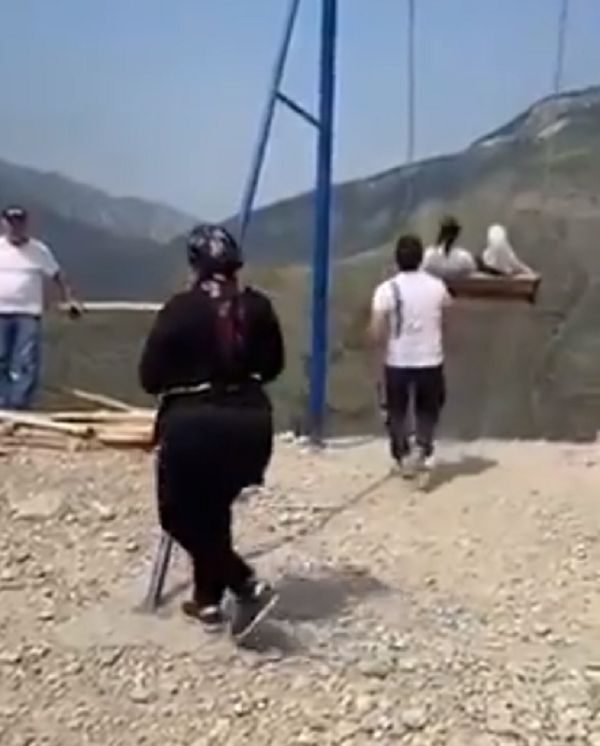 But after a few moments, the chain suddenly snapped and the two women were thrown off the swing, down the edge of the cliff as the horrified onlookers screamed in fear.

The video cut off right at that moment, with the video uploader surely feeling too terrified to continue filming. Everyone feared the worst, considering that the swing was on the edge of a 6,300-foot cliff. 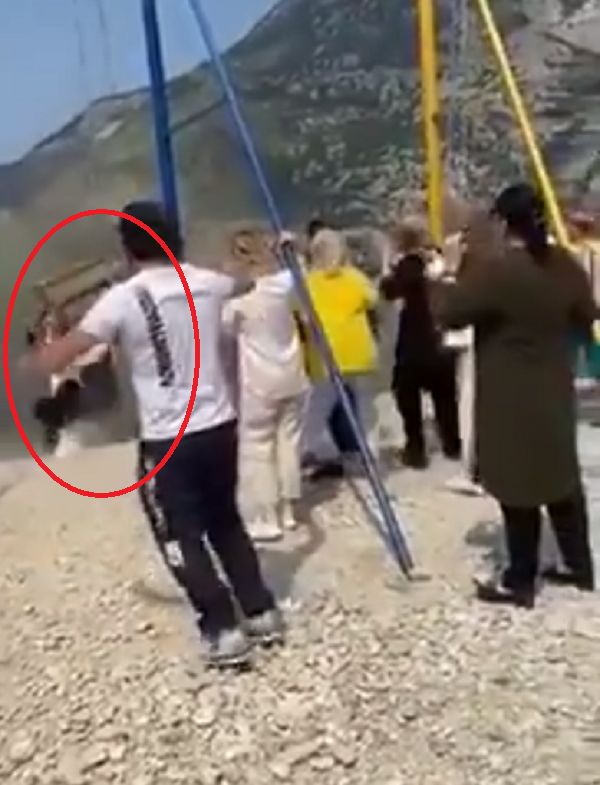 Thankfully, both women landed on a narrow decking platform just under the edge of the cliff! They miraculously survived the incident with just minor scratches. But that must have been a really terrifying experience.

Police have launched an investigation but netizens are simply glad that the women are alright. Would you still ride a giant swing at the edge of the cliff after watching this?

Moment two women fell off a 6000-Ft cliff swing over the Sulak Canyon in Dagestan, Russia.
Both women landed on a narrow decking platform under the edge of the cliff & miraculously survived with minor scratches.
Police have launched an investigation. pic.twitter.com/oIO9Cfk0Bx

The cliff-side swing involved in the accident in Russia isn’t the only one of its kind. In fact, there are many others across the world: