While visiting her cancer-stricken aunt, an ukay-ukay store clerk from Laguna was given a set of numbers (01-02-05-06-10-20) by the ailing lady who told her to continue betting using this combination as it might bring her luck someday.

Even after her aunt died, the ukay-ukay store clerk (who could not be named for security reasons) continued betting on the numbers to honor the old lady’s last wish. Who would have thought that her unfailing devotion would pay off? It gave her winnings of P9 million after she was the lone winner of the lotto jackpot draw last July 27, 2015! 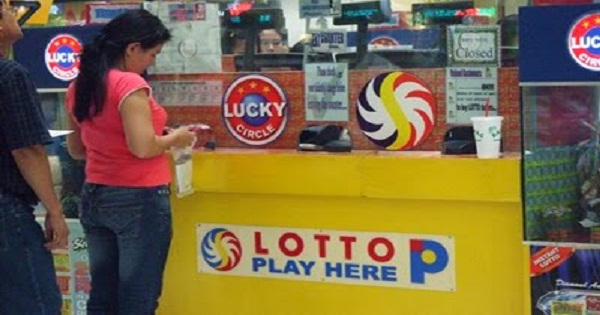 Her story touched the heart of Philippine Charity Sweepstakes Office (PCSO) General Manager Jose Ferdinand Rojas II who also learned that the winner was the sixth of ten siblings. The lone winner vows to give a portion of her winnings to her late aunt’s family as well as to her own siblings aside from setting up funds for her own kids’ future and starting her own ukay-ukay business with her husband.

This good fortune wouldn’t have arrived in her hands if she was not able to get those winning numbers from her aunt! Yes, it did matter that she had placed her bet that day and she had a huge hand in winning yet credit must also be given to her dead aunt for the exact combination of numbers necessary for the jackpot win.

An ukay-ukay store is a bargain or thrift store specializing in imported clothes, accessories, and various goods that come at low prices. Most ukay-ukay stores sell second-hand clothes but there are also those that offer brand new items or other stuff like home appliances, bikes, toys, and other items.

In the past, a lot of people would scoff at the idea of buying from ukay-ukay stores but these bargain spots have changed tactics, displaying clothes hung on hangers now instead of letting customers sift through piles dumped over low tables.