She had 10 children, only 6 remain alive but at her old age of 80 years, Salvacion “Nanay Sally” Flores Nacario decided to go back to school and fulfill her dreams of becoming a military nurse someday.

In a feature on Front Row, it was revealed that Nanay Sally is studying in Grade 11 or first year Senior High School at Fort Bonifacio High School in Makati, Metro Manila in the Philippines. 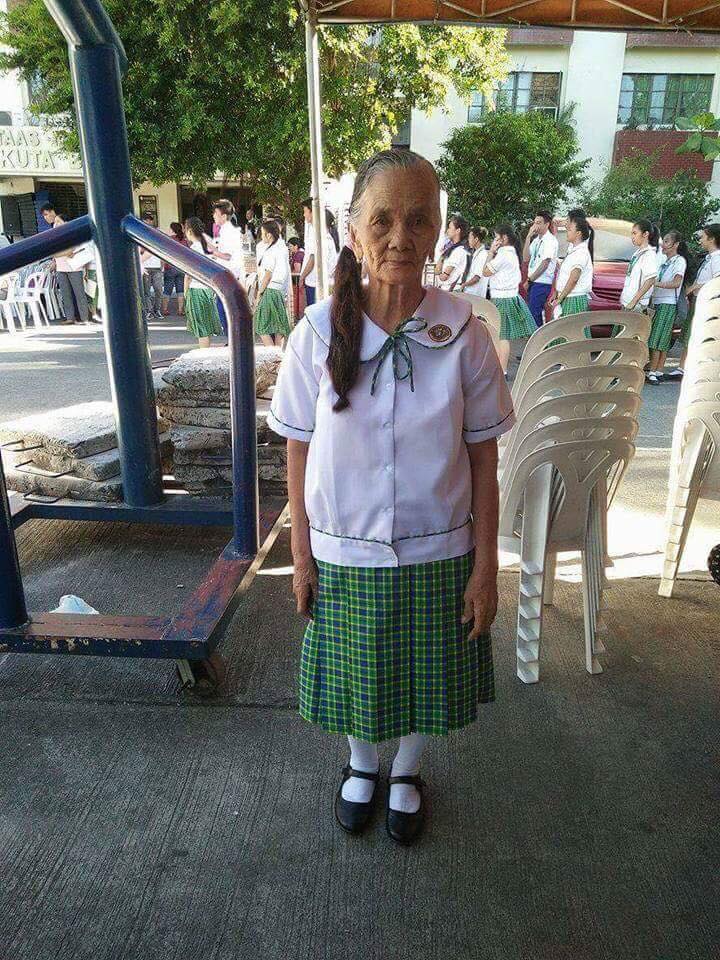 At her old age, she already has trouble walking but this does not stop her from going to school every day, never missing a day unless she was sick.

According to the post on Front Row, Nanay Sally had stopped studying when she was still in third year high school. After she had her children, she no longer had time to go back to school as she focused her time and energy on them. 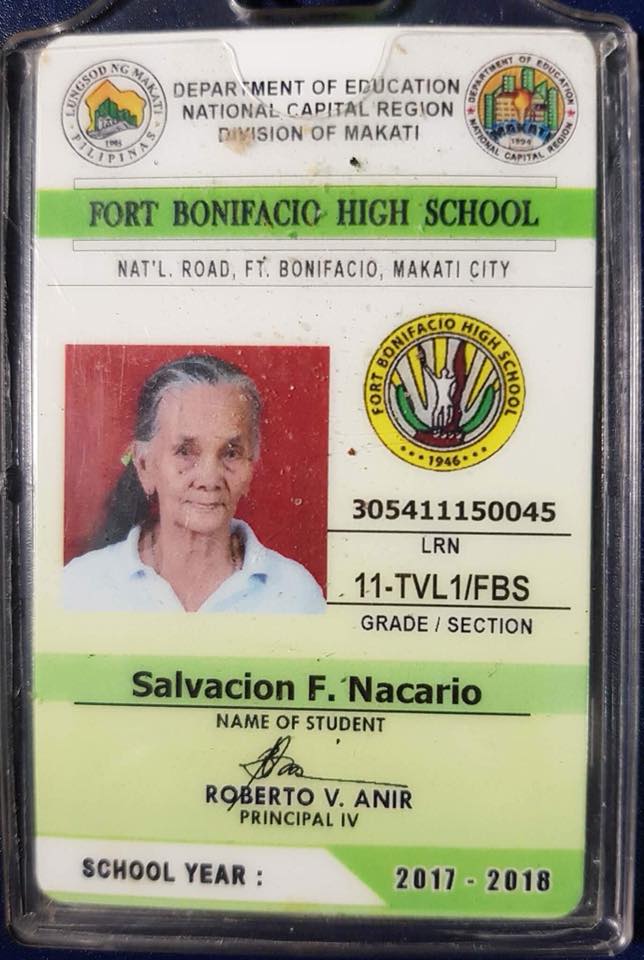 But as she got older and her kids had families of their own, she wished to continue her studies so she might fulfill her dream of one day becoming a military nurse. While that might seem like an impossibility at the moment, Nanay Sally refused to give up.

In 2016, Nanay Sally suffered from mild stroke but this did not stop her from completing Grade 10 last year. 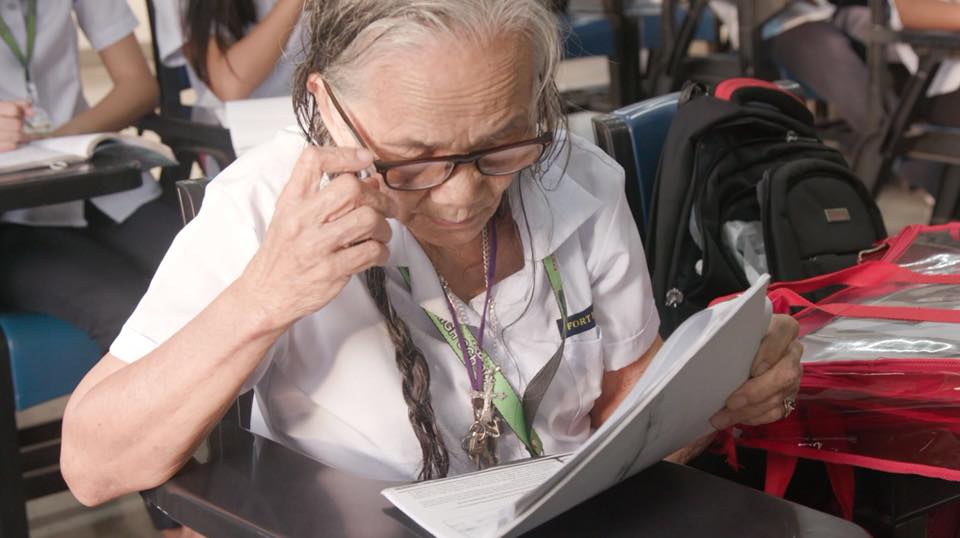 It might be a bit strange to see an old lady wearing high school clothes, walking the hallways, and studying the lessons instead of being the teacher or principal at that age; in fact, most people her age are already retired but it’s also refreshing to see that Nanay Sally is not letting anything stop her from fulfilling her dreams even if she’s about 6 decades late…