Last June 13, Wednesday, Tatay Eduardo S. Matusalem, driver of RMC Taxi UWN 492, was searching for a passenger after dropping off a foreigner when he noticed that there was a piece of luggage left inside his cab.

Thinking he might not be able to find his last passenger if he goes back to where he dropped the man off, he thought about bringing the bag to TV5’s Action Center to turn it over to Raffy Tulfo; however, the center was already closed for the day.

Instead of getting back on the road and trying to find the owner on his own, he found a parking spot near the TV station and spent the night there waiting for morning when the station opens. He didn’t mind only having earned Php700 that night, knowing he had to return the luggage to its rightful owner. He didn’t even try to open the bag. 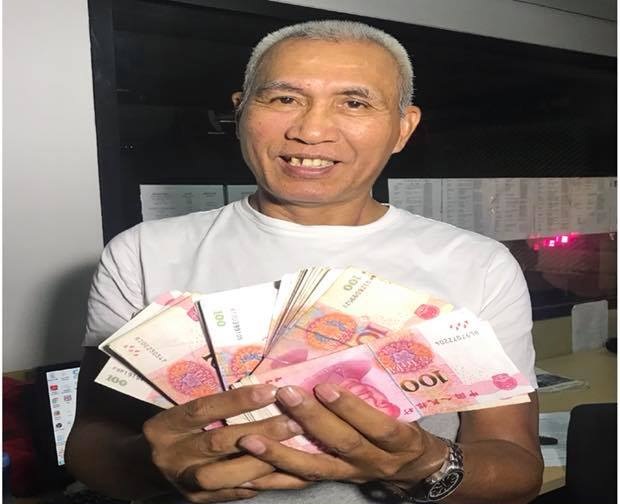 By morning, he was able to turn over the bag to the station’s “Solian ng Bayan” program. When the hosts opened the bag, Tatay Eduardo was shocked to find that the bag had a lot of money inside! In fact, the bag contained元240,000 (Yuan) equivalent to Php2,001,766.63!

Thanks to the IDs in the bag, TV5 was able to find its rightful owner, Chinese national Junyi Tao. Junyi immediately went to the station where he met with Tatay Eduardo. He admitted that he thought he would never get back his bag and his money. 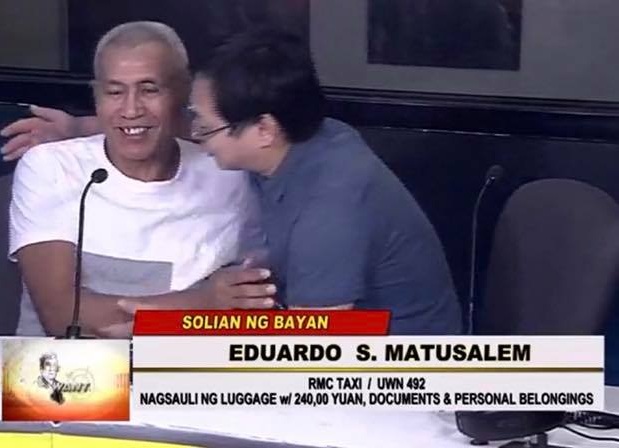 According to Junyi, when he realized he left the bag in the cab, he immediately went to the police station to report the incident but the cops who went to the spot where he alighted the cab found no leads because the CCTVs in the area were not working.

Junyi immediately gave Tatay Eduardo Php10,000 as reward and invited him and his family for dinner.