What do you give to someone who doesn’t like flowers? Well, there really are lots of other things you can give to that person – chocolates, cards, clothes, food, or other gifts but one guy in the Philippines gave something creative to his girlfriend: a bouquet of nuggets! LOL.

According to GMA News, 19-year-old Annika Aguinaldo did not like flowers but because her boyfriend Rico Villanueva wanted to give her a bouquet of flowers, he just couldn’t risk her not liking the present; so, he settled for a bouquet of nuggets, instead.

We don’t know whether he made the bouquet by himself or he had help from someone else. Perhaps, he found a flower shop also selling quirky and unique bouquets. But what we know is that the effort paid off because Annika loved the surprise!

Annika shares some photos of the lovely moment, writing on Twitter, “I told him I didn’t like flowers, so he got me a bouquet of chicken nuggets, and I pretty much became the happiest girl on the planet.” 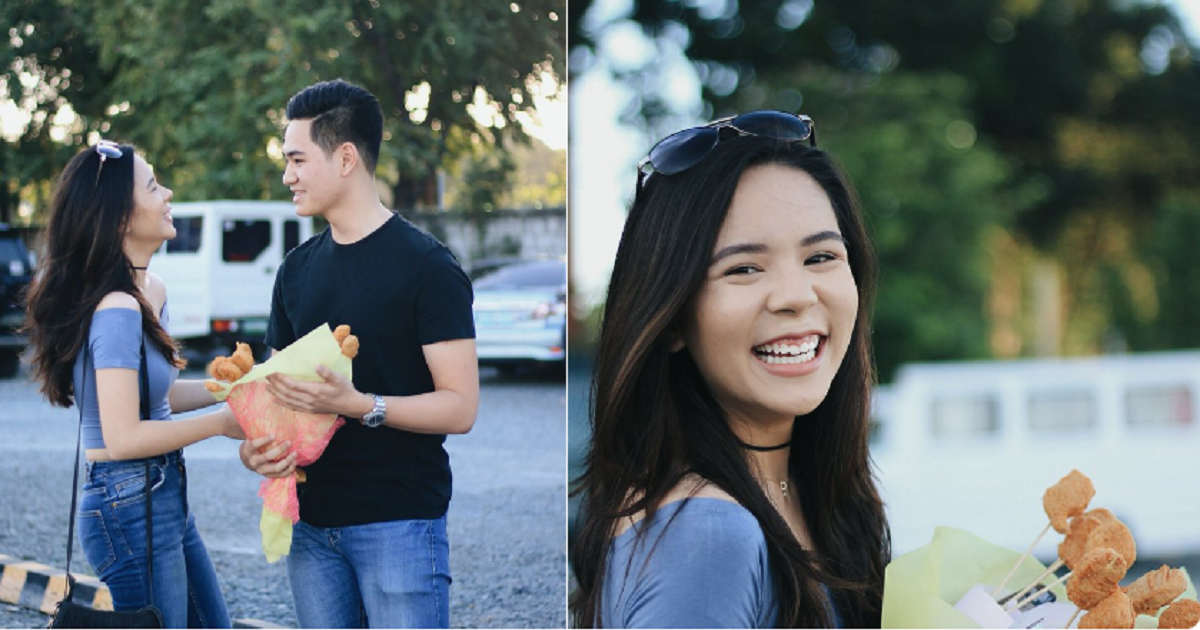 Amazingly, a lot of people were impressed by Annika’s boyfriend, responding that Rico was a truly thoughtful boyfriend who made sure she will receive something beautiful for a special moment. Annika did not reveal why Rico gave her the bouquet of nuggets but it’s probably an advanced Valentine’s Day gift or a monthsary treat.

As of press time, some two weeks after Annika shared the photos on Twitter, the post has garnered close to 39,000 likes and over 9,300 re-tweets.

What are the Most Common Gifts for Valentine’s Day?

Candy and chocolates top the list of the most common gifts given on Valentine’s Day. This is followed by flowers, plush toys, and perfume or cologne. Jewelry is less popular, accounting to only about 11% of Valentine’s Day gifts.