While many of us can’t even finish two or three donuts in one sitting, one Japanese woman has shocked the world by eating a total of three dozen donuts in one go! Gosh! I didn’t even think such a feat was possible!

Can you just imagine one person, a petite one at that, devouring a total of 36 donuts in one sitting? Highly impossible right? Well, I certainly wouldn’t believe she managed to do it either – and she knows that could happen, too. Thus, she captured the moment on live video!

On her YouTube channel, Yuka Kinoshita made a social eating live (Mukbang) to share her meal with her followers and fans. As with her other Mukbang episodes, she ate the food in front of the camera. 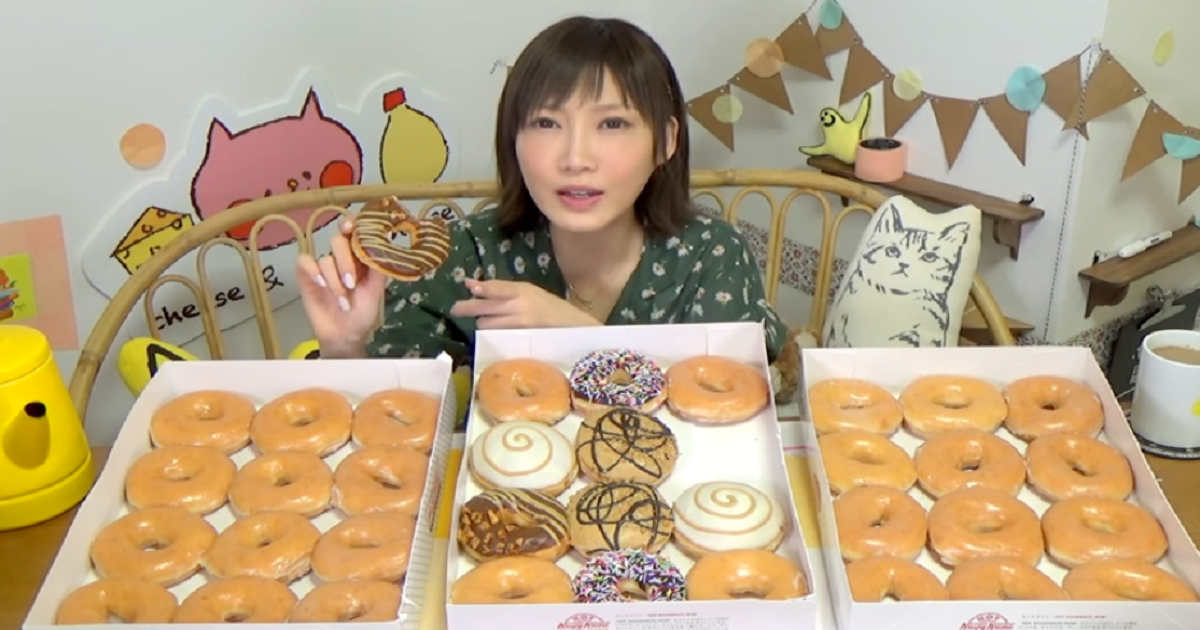 In the clip, viewers could see three boxes of Krispy Kreme donuts. The two on the sides had one dozen each of original glazed donuts while the one in the middle that had different flavors, including limited edition donuts with “blond chocolate” and caramel.

At first, I thought she wouldn’t be able to finish even one box of those donuts but when she was finished with about half of all the donuts, I truly believed she couldn’t do it! I was wrong, of course. Because this slim and petite young lady was able to devour all those donuts – and she looks so pleased about it! I would be pleased, too, if I achieved such a feat.

The question in everyone’s mind is this, for sure: Where did she put all that food? Well, your guess is as good as mine. Maybe she has a bottomless stomach or something, eh?

Mukbang is one the latest internet crazes wherein hosts, usually women, eat incredibly large quantities of food in front of a live audience. The audience can interact with the host on the webcast.

A lot of South Korean bloggers and hosts have made huge money off this bizarre trend.