Home
News
News & Culture
Teen Had No Idea She Was Pregnant, Until She Gave Birth Inside a Toilet

A teenager from Wisconsin did not know she was pregnant until she actually gave birth inside their toilet!

Braeley Pettigrew just thought she had s stomach flu, but got surprised when she went inside their toilet and a baby came out of her. Her son fell into the toilet and she immediately picked him up, cut the umbilical cord, and wrapped him in a towel. She never noticed any signs of pregnancy during the nine month period. In fact, she was able to finish the entire basketball season without any issues.

No weight gain. No nothing. No movement.

At first, Braeley was afraid to tell her mom and made up a story that a baby was left in their porch. But when her mother called up 911, Braeley had to tell the truth. The police then arrived and brought them to the hospital. No charges were laid against Braeley. 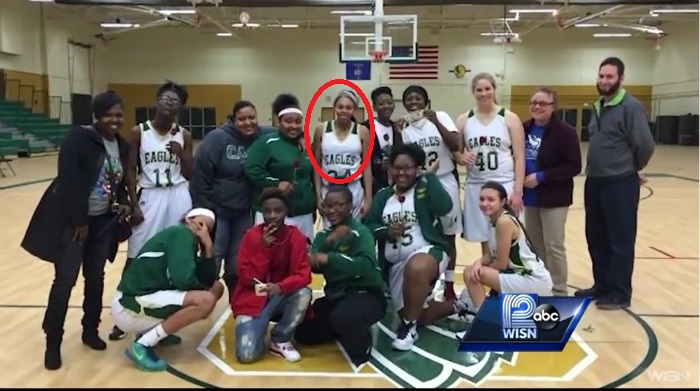 Braeley had no idea she was pregnant, until she gave birth. She was even able to finish an entire basketball season with no issues at all.
Photo Credit: Youtube / WISN 12 News

The unexpected baby brought the family together. Braeley named her son Kayden and is keeping him. Her family’s plans to visit colleges Braeley was interested in will be put on hold for a while as she needs to take of her son. Meanwhile, Braeley is still determined to finish high school and attend college.

As unbelievable as it may seem, Braeley is not the only woman who has gone nine months without knowing she was pregnant. In fact, about 1 out of every 500 pregnancies go unnoticed until the woman gives birth. This condition is called “cryptic pregnancy”. Cryptic pregnancy usually happens when the woman does not get her period regularly, she has weight issues, or the baby is just silent inside the womb. Some women also have also had episodes of stomach flu in the past, and older women just think it’s a sign of perimenopause.